What is the security risk of consolidating accounts into one brokerage instead of scattering them among several banks and brokerages? Does that make it easier to hack/ steal?

What I would look out for is the amount of SIPC insurance, and additional insurance the firm carries, above what SIPC covers, because the crook that robs you could be the “JC” that runs the brokerage. It has crossed my mind that a brokerage on the brink of collapse could stop paying for the excess insurance, so you think you are covered to $2M, as a for instance, the “JC” flies off the Buenos Aires with your money, and you find that the only insurance still in force is the basic SIPC $500,000. That would argue for an approach that some have taken with bank accounts: suffer the inconvenience of accounts at multiple institutions, for the security of each account being below the basic insurance maximum.

I have two brokerage accounts, one for the IRA, one for the cash account. Both are over the basic SIPC max, but the amount of loss due to the excess insurance being dropped just before the “JC” absconds, is reduced.

Side story, not entirely brokerage related: in the 70s, a company started up in Grand Rapids, MI to do computerized payroll processing for client companies. The companies would provide their payroll records, and deposit the money in the processor’s account to cover the checks the processor generated. The company went along for a couple years, growing it’s business, prospects bright. Just before Christmas, when the firm’s client companies were paying out Christmas bonuses, in addition to normal payroll, the “JC” grabbed all the loot the clients had deposited in his bank account, and blew town.

We have all of our brokerage eggs with Fidelity. Have been customers since 1986 - probably longer than some here have been on the earth!! Anyway…

We are pretty confident that Fidelity has our back in terms of hack / theft. As Steve says, I would be a little hesitant to invest at a brokerage / fund manager that is small given the reasons that Steve has already pointed out.

We do chase yield at different banks with our cash however. We have liquid assets in Ally Bank under individual accounts, a joint account, and trust accounts as well.

Fidelity does manage FDIC coverage for cash in brokerage accounts by spreading it across multiple FDIC insured banks.

I’m comfortable with Fidelity and Ally and sleep well at night knowing that both financial institutions are well-managed.

Personally, I know many colleagues who work / have worked in IT roles at Fidelity as their Corporate IT function is local to us. All have said that the company has a state-of-the-art infrastructure / architecture, they only hire the best and brightest and they invest TONS of money into their IT function. That also helps me sleep well at night.

There are two risks. The firms have over $1 trillion in assets commonly. That is high risk right now.

That leads to what Steve mentioned SIPC. That is not government insurance. It is a privately funded brokerage insurance. That is high risk for any of them. But if some of them survive and one or two of our brokerages go insolvent you have survived for another day. Assuming the SIPC fund gets overrun that matters.

That is a worst case scenario. Playing it any other way is riskier.

adding about two plus months ago I was looking into this and asking here. Glad to add to this thread.

Fidelity might have FDIC for bank accounts, if they have a banking business.

All brokerage accounts have SIPC. It is not the government.

What is the security risk of consolidating accounts into one brokerage instead of scattering them among several banks and brokerages? Does that make it easier to hack/ steal?

I’ve been following these boards as well a bogelheads for a while. I’ve never seen anyone post about serious issues with losing money due to hacks or theft. Occasionally I see posts about brokerages that mess up and it takes time and effort to sort it out. But I don’t’ I seen people lose access to all of their assets. That’s not to say it won’t ever happen, but, in the end, I’m not particularly concerned.

Credit cards are another matter. I’ve had credit cards be unusable for periods of time and if that happened while traveling it could a problem.

I have all my accounts with Schwab Wendy and feel very confident in them. I am sure that every brokerage is different but Schwab is insured not only with the FDIC and SIPC but with Floyd of Londons. Not saying they couldn’t fail but I figure if it does I will have much worse problems. 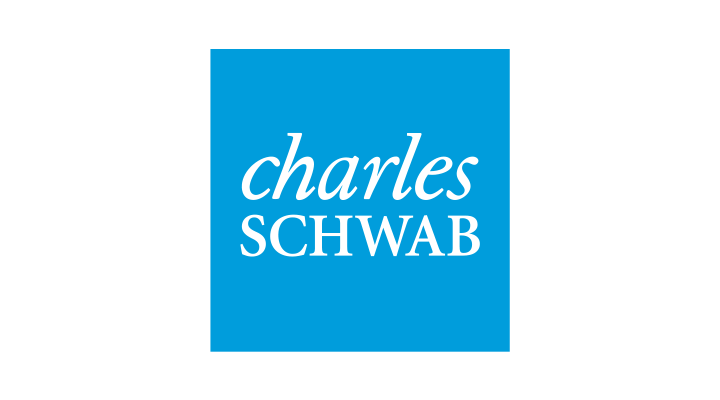 Additional brokerage insurance—in addition to SIPC protection—is provided to Charles Schwab & Co., Inc. accounts through underwriters in London. Schwab’s coverage with Lloyd’s of London and other London insurers, combined with SIPC coverage, provides protection of securities and cash up to an aggregate of $600 million, and is limited to a combined return to any customer from a Trustee, SIPC, and London insurers of $150 million, including cash of up to $1,150,000. This additional protection becomes available in the event that SIPC limits are exhausted.strong text

Lloyd’s has failed before.

London is the back up plan for Schwab? Not the best of timing. LOL

Lloyd’s of London, often referred to today simply as Lloyd’s, is an insurance and reinsurance marketplace. Its members operate as syndicates to provide insurance coverage for businesses, organizations, and individuals. The syndicates specialize in different types of risks and each syndicate decides which risks to insure. The main purpose of Lloyd’s is to facilitate transactions between insurance buyers and sellers. 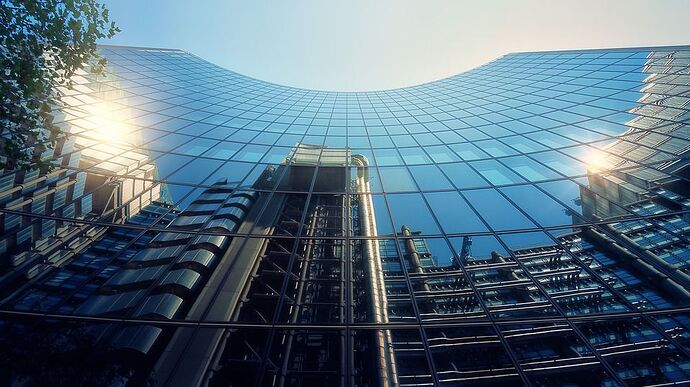 What Is Lloyd's of London?

Lloyd's of London, or Lloyd's, is an insurance and reinsurance marketplace whose member syndicates provide coverage against particular risks.

In 2009 the world did fail. Kind of vague, I think Lloyds did fail at that time. There was some other prior fail as well. I think the story went that Lloyds got small investors in then tanked.

We are heading to a global fail. JMO

In 2009 the world did fail. Kind of vague, I think Lloyds did fail at that time. There was some other prior fail as well. I think the story went that Lloyds got small investors in then tanked.

There was some other prior fail as well. I think the story went that Lloyds got small investors in then tanked.

Yup. Seems that, when Lloyds has a bad year, it calls on it’s partners for more capital. Some years/decades ago, a gaggle of USian “JCs” figured being partners in Lloyds was easy money. Lloyds had a bad year, and demanded the USian partners put up more capital. NONONONO!!! howled the USians. YESYESYES! said Lloyds, read the documents you signed.

So that is the vulnerability of Lloyds: a gaggle of scofflaw partners that can’t/won’t provide additional capital when needed.

Lloyd’s can’t really fail in the way we think of an insurance company failing because Lloyd’s is not now, and has never been a company. It is a collection of investors who are organized into groups called syndicates. The investors, called “names”, are personally responsible for the liabilities of the syndicates they participate in. A number of names have been forced into bankruptcy, but Lloyd’s hasn’t because it isn’t a company.

I have been to Lloyd’s of London. Seen the bell for when a ship sank, it would get rung. Saw the specially made knife on the edge of a fork made for Lord Nelson since he was one armed.

It is only a trading floor. It is not the actual insurer.

Back to the original topic. I use two brokerages, Vanguard and Fidelity. The reason is simply that if one of them gets hacked/goes offline/whatever I’ll still have access to some of my money until it gets straightened out.

It is only a trading floor. It is not the actual insurer.

Leap,
I actually gave you the article from investopedia on Lloyd’s. You were the one who was arguing that Lloyd’s has failed. As far as them being the actual insurer. Here is what Schwab states.

Schwab’s coverage with Lloyd’s of London and other London insurers, combined with SIPC coverage, provides protection of securities and cash up to an aggregate of $600 million, and is limited to a combined return to any customer from a Trustee, SIPC, and London insurers of $150 million, including cash of up to $1,150,000. This additional protection becomes available in the event that SIPC limits are exhausted.

I did say at first it is a hell of a time to be having London backing up Schwab.

The problem is a possible systemic global bond market failure.

That of course does not have to happen. I am not going to plan on it not happening.

My saying Lloyd’s has failed before is in reference to how Lloyd’s is referred to as an establishment. It is really tongue in cheek if you are looking more specifically for who backs this all up, mainly Londoners. Not solely Londoners. Bad timing as I was saying.

One of my concerns has always been the danger of putting all one’s eggs in one basket - or the electronic equivalent if, for the sake of increased convenience, all your accounts are linked to move money back and forth.

While I constantly fight against overcomplication of a multitude of accounts, I do use three different equity/bond brokers because each has a strength that the others don’t offer which I find valuable. I currently nominally use three US banks, two because I need (minimal) accounts in order to keep safe deposit boxes there and one (again, fairly minimal) because I have used them for decades and I keep them handy if I need a credit reference.

The same is true of credit cards. I keep one for general use (Costco Visa) and a few that have no annual fees, which because I’ve had them for years give my FICO score a boost. The rest are temporary cards which are obtained specifically to get bonus points when I make large payments (generally for travel). Needless to say, I pay off all credit cards on-time (using auto-pay) and have alerts emailed to me every time they are used. My credit is “frozen” - something I recommend to everyone.

As far as insurance at brokers, besides SIPC ($500K), Fidelity has excess at Lloyds (Financial Security: Account Protection - Why Fidelity)
(I don’t think Vanguard offers additional, but you might want to check)

Both Fidelity and Vanguard have “sweep” type accounts available which, for slightly less interest (but currently still >2%) than their money market accounts, will “sweep” your cash overnight into multiple FDIC accounts in increments of $250K if you are nervous.

If you don’t use margin, I recommend that you set your brokerage accounts to “cash only” as, in the case of a default, they have a fiduciary obligation to hold your funds separate under your name, but if you authorize margin, they can “borrow” them and, if there is a default, you could end up being a member of a long list of creditors.