Rough times in the wind patch

"In fact, across Europe, major wind turbine makers are reporting massive losses and laying off swaths of employees. Just this month, Denmark-based Vestas Wind Systems, the largest maker of wind turbines in the world, reported a third-quarter loss of 147 million euros (about $151 million). General Electric, another major wind turbine producer in the United States and Europe, reports that its renewable energy unit is likely to report a $2 billion loss at the end of the year. Spanish company Siemens Gamesa Renewable Energy, a Madrid-based company that is a leading producer of offshore wind turbines, reported an annual loss of 940 million euros ($965 million) and has announced spending cuts which will incur 2,900 job losses – approximately 11% of the company’s workforce.

"According to the CEO of Siemens Energy, the issue is supply chains. “Never forget, renewables like wind roughly, roughly, need 10 times the material [compared to] … what conventional technologies need,” said Christian Bruch in an interview with CNBC’s “Squawk Box Europe. “So if you have problems on the supply chain, it hits … wind extremely hard, and this is what we see.” 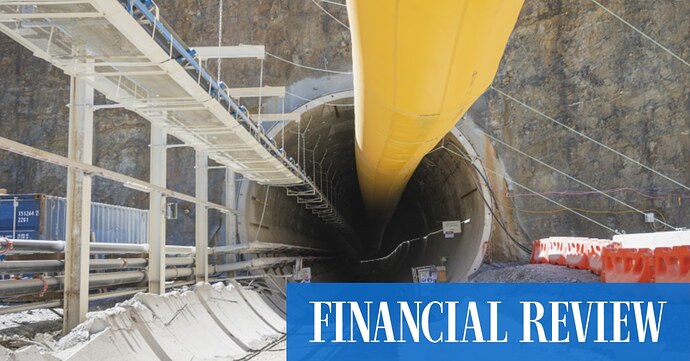 Federal Climate Change Minister Chris Bowen is receiving urgent briefings as he seeks to limit the fallout from the demise of the contractor.

Federal Climate Change and Energy Minister Chris Bowen is seeking urgent briefings from his department as the government seeks to limit the fallout from the collapse of engineering contractor Clough, amid a threat to almost $10 billion of projects critical to Australia’s energy transition…Industry observers warned that Clough’s administration, which occurred after a $350 million sale deal with Italy’s Webuild fell through, would delay and could drive up costs of the Perth-based contractor’s projects.

These include some of Australia’s biggest projects, such as the $5.9 billion Snowy 2.0 storage venture and the $3.3 billion Project EnergyConnect electricity interconnector between South Australia and NSW, as well as one of the few gas power plants being built in the National Electricity Market…

In the wake of the Clough administration, Credit Suisse analyst Saul Kavonic said cost increases appear inevitable for at least some of the projects, including Snowy 2.0 and Waitsia, “with risks of delays also rising”.