When I first read about SPACs in the WSJ my reaction was, “Ya gotta be kidding me. Who would be stupid enough to invest in a SPAC?”

A Wall Street innovation, special purpose acquisition companies (SPACs) list on stock exchanges, raise money from investors and use the funds to buy a private company. They have a primary backer — sometimes called a sponsor — when they list. But they don’t know exactly what they will do with the money, only that they will look for a business to merge with eventually. So the investors have to take them on trust. Once a SPAC finds an operating business to merge with, it gets far less regulatory scrutiny than a company selling shares through a traditional public listing (Initial Public Offering or I.P.O.).

To prevent them from influencing investors, companies going public through I.P.O.s are largely barred from making projections of future sales which could be pie-in-the-sky. But SPACs have no such restrictions because the Securities and Exchange Commission treats the deals as mergers.

To buy into a SPAC, the investor has to hand over money to someone who explicitly is avoiding the rules designed to protect investors. It’s pure gambling, blind trust.

The SPAC has two years to find an operating business to buy; otherwise, the money has to be returned to investors. Since investors don’t know what business a SPAC will end up buying, they have the option of redeeming their shares when they vote on the merger — meaning that the merged entity could end up with far less cash than the SPAC raised.

A huge amount of money (about $250 billion) was handed over to SPACs. It was a real mania, similar to cryptocurrency.

Two things have cooled the ardor for SPACs. Inflation is skyrocketing, prompting the Federal Reserve to raise interest rates and investors to pull their money out of SPAC deals to park elsewhere.

And regulatory scrutiny of the SPAC market is increasing, which has made these deals less enticing for the players involved. The Securities and Exchange Commission has opened two dozen investigations involving SPACs since January 2020. Regulators have proposed rules that would make it easier for shareholders to sue companies that merged with a SPAC for making fanciful financial projections and dubious claims about production capabilities. Banks could also face increased liability for their work on such deals.

The silly season of 2020-2021, when interest rates were rock-bottom and investors were flush with Covid fiscal stimulus that ballooned the value of all assets, is finally behind us as bubbles of all types are deflating. SPACs may not be as well-known as cryptocurrencies but they richly deserve to slide into the chute next to them. 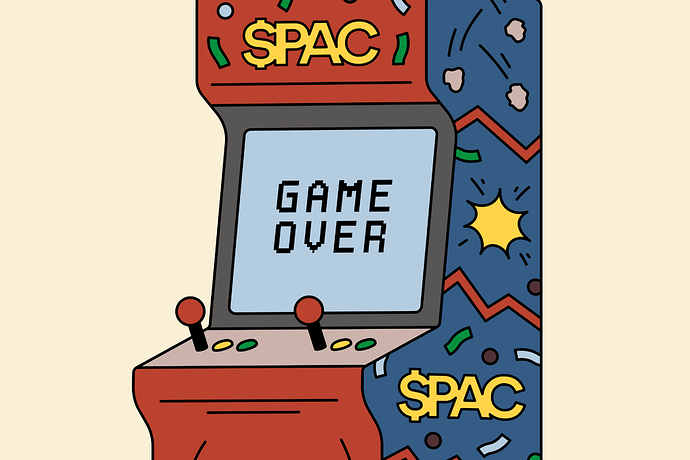 SPACs Were All the Rage. Now, Not So Much.

For a time, SPACs were the preferred way for companies to go public. But changing market conditions and the threat of regulation are making Wall Street lose its appetite. 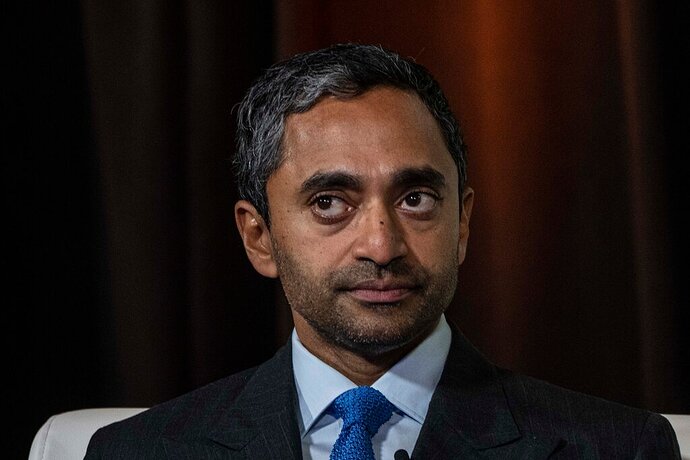 The ‘SPAC King’ Is Over It

Chamath Palihapitiya, once a relentless cheerleader of special purpose acquisition companies, blames the Federal Reserve for the end of SPAC mania.

Two things have cooled the ardor for SPACs.

There is apparently a third thing. And that is that SPACs have performed horribly! SPAC investors who get out with their $10, perhaps minus a few cents spent on administration, feel very lucky. Many other SPACs that actually made an acquisition are worth less than the initial $10, sometimes MUCH less.

My intuitive hunch, when I first heard of SPACs was they were taking PE “to the next level”, where, instead of taking any risk themselves, the PE operators use other people’s money to take over bigger companies that they could on their own. Then loot the companies to stuff their own pockets per the usual PE model, then dump the company into BK, and the SPAC shareholders join all the other stakeholders, holding an empty bag.

Why would people buy stock in a SPAC? Greed, mixed with denial. Visions of getting in on the easy money that PE groups make for themselves, by shafting all the other stakeholders, instead of joining all the other bagholders.