So STAR is being acquired, but its preferreds now trade quite a bit below par. Transaction is expected to close in late Q4/early Q1, though the roil in the markets may be upsetting things. The preferreds are scheduled to be redeemed as part of this process. So there’s probably one more dividend to be paid, in mid-December. STAR common has declined heavily from earlier this year.

Safehold Inc. (NYSE: SAFE) and iStar Inc. (NYSE: STAR) jointly announced today that the two companies have entered into a definitive agreement for a tax-free, strategic combination that will accelerate Safehold's market leadership in the ground lease...

good to see you 'round these parts! It took some doing, but I’m slowly finding my way around the new boards. Looks like several of the old gang have found your board here as well.

Posting a follow-up in part just to try to figure out these new boards!

My attempt to profit from the expected buyout of the DBRG series of preferreds didn’t work out as I expected. I’m trying to gauge the risk of these preferred actually being retired. I’m expecting the fed to keep raising interest rates and wondering at what point management might decide funds would be better off spent elsewhere rather than closing these out.

I assume they would buyout D first, with the highest interest rate which might explain the higher recent closing cost for this issue, but by this logic, why would the G have the lowest recent closing price?

Also any purchases would have to be in a tax sheltered account as that’s where I currently have available cash.

Ok this practice post has meandered long enough. Thoughts & opinions of all are welcome. Hopefully I can find my way back to this board to check on any responses!

So the issue with the STAR preferreds is that they’re supposed to be redeemed as part of the merger. That’s in contrast with some of the DBRG preferreds, which management had suggested (but not stated definitively) that it would redeem. So the difference here is that the slated STAR merger closes out these preferreds. Now, there may be legitimate questions about whether that merger gets done, given the state of the market, etc. I haven’t looked closely for a couple months at what might derail the merger or whether it might still make sense, etc.

I recognized the significant difference from DBRG preferred but couldn’t really find much on what might derail the buyout and subsequent retirement of the STAR preferred
other than the rapidly changing economic pictures and rising interest rate environment.

I’m in an age range where I’m always looking for some income generating ideas to balance out the wild Rule Breaker and SA recs. I will keep an eye on these preferred.

STAR preferreds back to par, as this deal ties up some of the last bits of financing. I expect one more dividend, in mid-December, before these are ultimately closed out. 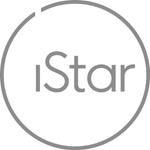 Jim,
This special SAFE distribution - this is necessary because they don’t want to run afoul of REIT distribution laws, correct? And it just sweetens the return thesis you originally posed - we now get this special capital gains distribution in addition to normal 8% per annum dividends and appreciation to par on the shares?

As always, thanks for scoping out these opportunities.

Vince, the special dividend is only for the common shares, not the preferreds. If you owned the common, this special dividend comes off the top (goes ex-div) like any other in-kind distribution and then the share count is further diluted, which is a not especially attractive way to receive it, though it’s typical in REIT-land when they’re trying to meet the letter of the law on distributions.

My thesis was simply that because the company said that these preferreds were going to be redeemed when the two companies merged, then the preferreds would go back to par plus whatever unpaid dividend was left. I still expect there to be one more distribution. And the preferreds now trade at par. So it’s been a pretty nice ostnesibly safe return in the last 6 weeks or so.

Jim,
It’s a wonder I have made even a penny investing, given my faulty conclusions, thanks for the clarification. 4% appreciation and 2% dividend in 6 months works for me. As you said, the appreciation has mostly occurred.
Vince

Just a thought, if you have got most of the profits, I would take the money and move to sidelines. Don’t wait for the last penny or dividend. Things could change, deals are falling through. I don’t know anything about this situation, use your own judgement.