Hard as I might fight the African Savanah’s fight or flight instinct when it comes to the stock market, twice this year it tried to get the best of me. Visions of the poorhouse, homelessness, and worse deprived me of sleep. It wants me to flee. I refuse and double down on fight!

My fight has two parts, long term hold stocks that will bounce back and short term create income with covered calls. The difficulty with long term is captured by the adage that markets can remain irrational longer than investors can stay solvent. When will this darn bear market and recessions fears end and good times return? God only knows and he is not spilling the beans! The way to stay solvent is to create enough income to cover expenses. When younger this never was a worry I could easily find work for money. I used to resign more often than I got fired!

But age takes its toll and now I rely on the market via covered calls.

If in a hurry, skip to Back to the Present

Some 20 or so years ago I started using spreadsheets to compare the calls on offer. The abundance is huge, thousands of stocks, lots of expiration dates and strike prices. Few can manage that without tools. The spreadsheets improved but data entry was painfully slow and error prone. My first portfolio tracking software was Claris FileMaker Pro. When it turned Pro it taught me about relational databases, most useful to create an online web apps to manage the portfolio. My first WWW steps in 1998 were with FileMaker and Apple servers but I soon realized that I need universal, open-source software and picked LAMP. My guardian angel prevented me from picking .asp, the other popular WWW programming language back then.

In 2011 I replaced FileMaker Pro with a web app to track my portfolio, it started out mainly an accounting application. In time I added many tools to better manage the portfolio including an Option Selector. Instead of entering data option by option I downloaded some 70 option chains weekly from the CBOE website and let the Option Selector pick the best ones. My results improved remarkably, way beyond my expectations.

BTW, the initial web app, written in pre OOP style, tended to get spaghettified. When my web host switched to php 8 I redid the code OOP style and organized it following HTTP5’s semantic tags approach. It was a huge improvement. Maintenance and new pages have become a lot simpler to deal with.

Spaghetti code is a pejorative phrase for unstructured and difficult-to-maintain source code. Spaghetti code can be caused by several factors, such as volatile project requirements, lack of programming style rules, and software engineers with insufficient ability or experience. Code that overuses GOTO statements rather than structured programming constructs, resulting in convoluted and unmaintainable programs, is often called spaghetti code. Such code has a complex and tangled control structure,... 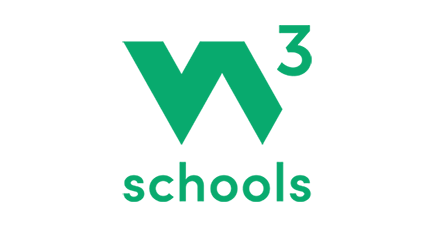 W3Schools offers free online tutorials, references and exercises in all the major languages of the web. Covering popular subjects like HTML, CSS, JavaScript, Python, SQL, Java, and many, many more.

Back to the Present

With Tesla falling off a cliff inducing a fight or flight crisis it was time to get options in high gear. I won’t bore you with the details just The Three Kings’ holiday gift.

You got to love volatility! These trades cover my expenses for over 8 weeks. If I can keep it up, the port will outlast the bear market without selling any stocks. Over the past 8 months the calls have covered my expenses with 50% to spare.

It’s not pain over what one has lost but the fear of what is to come that drives panic selling, not a good companion.

When will this darn bear market and recessions fears end and good times return? God only knows and he is not spilling the beans!

I have never played god. Not interested in the job.

Supply side econ is long dead…in the US…just got born in Germany.

Monetary policy in the US wont do anything for US investments this time.