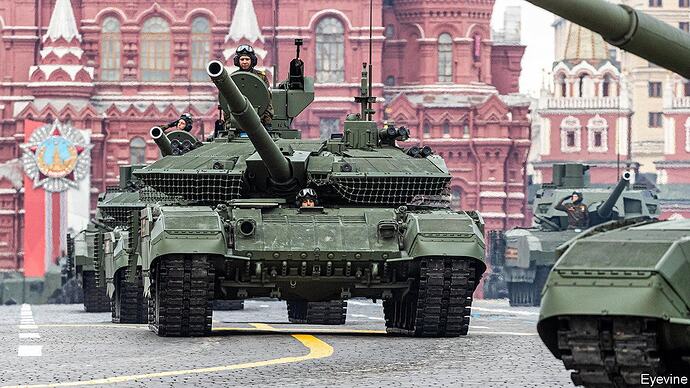 Why the capture of a Russian T-90M tank matters

The top-of-the-range model is loaded with the latest tech. Western armies can learn from it

Ukraine’s rapid offensive in Kharkiv, in the country’s north-east, brought many prizes. Swathes of territory have been won back and Ukraine’s army captured around a brigade’s worth of military equipment from the fleeing Russians. One of the greatest surprises uncovered was a single t-90m tank. It is one of at least 380 Russian tanks seized since the war began, yet it is uniquely useful. What is the t-90m tank, and why does it matter?

Seizing a weapon can provide valuable insight into the state of an enemy’s military technology. That makes countries protective of their weapons in war. American efforts to inspect the t-72 throughout the Cold War backfired on several occasions, until a rogue Romanian arms dealer sold one to American agents in 1987, supposedly as scrap metal. The deal was later uncovered and made public by the kgb. The prized t-72 had been in service for 14 years before America finally had a chance to inspect it, by which time it had already been superseded. By contrast, the t-90m has been in service for just two years.

The t90-m—also known as Proryv-3, meaning “breakthrough”—is Russia’s best active tank. It is an upgrade of the earlier t-90 model which was introduced in the early 1990s. Both models, of which the army has several hundred, are far superior to the Soviet tanks still widely used by both Russia and Ukraine. t-90ms were not deployed during the initial invasion. Some analysts suspected that they were being reserved for a possible war with nato—until they appeared a couple of months into the war.