I keep seeing negative views like this from other traders I’m familiar with and whom I admire. These cautionary notes are why I’m playing both longs and shorts (3 shorts at this moment) and taking profits quickly and tightening stop/losses. Some interesting charts here. 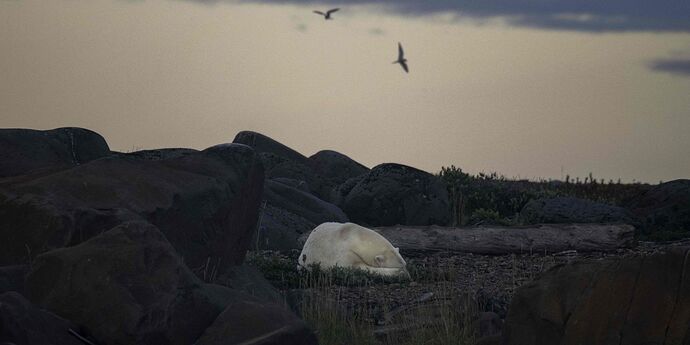 In our call of the day, a former Wall Street investment banker warns that the cards are stacked against equity markets for the foreseeable future, and offers...

In our call of the day, the former Wall Street investment banker warns that the cards are stacked against equity markets for the foreseeable future, and offers charts to back that up.

From his latest blog post is this one showing the CBOE Volatility Index, or the VIX VIX, 1.36%, bouncing off a trend line that in the past has shown prior bottoms for that index and peaks in the S&P 500 this year:

Excellent read and thanks for sharing this…doc

He is calling for the S&P at 2250? That seems extreme and a little out of line.

He is calling for the S&P at 2250? That seems extreme and a little out of line.

That’s how you get mentioned in the headlines!

I’m watching others too, eventhough my charts are starting to look better than they did a month to two-months ago. Good companies with real earnings seem to be basing. But then there’s tech, crypto, and China, all of which could easily fall another 50% in view of what has already happened and what the run on problems might be going forward.

Mighty big headwinds out there.

Michael Burry, Ed Grantham, and Mohammad El-Erian have been running up the red flags for 18 months or so.

Burry is being super-secretive about his shorts, but has gone long on for profit prisons. I’ve yet to see his thesis for going long on for-profit prisons. But some of Burry’s tweets (which he removes soon thereafter) are very ominous and cryptic. Burry seems to think we’re on the precipice of something which will take more than a year to recover.

Grantham is a value investor warning us about credit card debt, car loan debt, and a crashing housing market. He thinks the market could have one or two more legs down.

And El Erian is still alerting to corporate debt rollovers are becoming very expensive and a corporate bond crash could take place as this picks up steam.

With what is going on in Russia, China and now Syria, we could have black swans sucked into jet engines and their feathers will rain down all over the world.

For instance, I’m looking at Nat Gas right now. I played $BOIL last week for a very good play. I missed the return play $KOLD. Now $BOIL is almost enticing me to nibble again. And yet, I can’t with certainty tell you Natural Gas should explode in price this Winter due to Russia invading Ukraine. So, when I trade $BOIL and $KOLD, I’m never trading them with any growing conviction in either. I’m just zoning on the short-term trades.

I’ve got several short hedges going on right now. And I’ve got more longs than shorts.

I never know how the day will go, but, I am prepped for contingencies. But I’m more bearish than bullish at this moment.

That’s how you get mentioned in the headlines!

The more outrageous your thinking out loud, the more likely you’ll be tomorrow’s headline. What was Cathie Woods on about a few days ago? Bitcoin at $1,000,000 before 2030? Or Musk and his dog and pony shows for gullible investors. Or SBF of FTX going to buy up, bail out, and fix all those broken crypto trading platforms, always garnering best seats before money lenders.

I can only put together possible trades. And when they go against me in these uncertain times, I let the stop/losses tell me, "Boy, you were wrong on that one. Good thing Fidelity has these Stop/Loss bouncers to keep this club running smoothly.

(I wonder who named this board Destiny Solutions Board which all of us are now squatting on?)

I never know how the day will go, but, I am prepped for contingencies. But I’m more bearish than bullish at this moment.

I am more Bearish also Peregrine but Grantham is a permabear correct? I don’t think he has like the market since 2010. But I do know there is a lot of cash on the side lines and that has to be a little bullish. Thanks for what you do, you bring a lot of interesting takes and I do like reading them. Gives me a different point of view.

(I wonder who named this board Destiny Solutions Board which all of us are now squatting on?)

I thought it was you. LOL