Did a bunch of $GME apes suddenly start buying this Chinese EV company which looks more like a Zombie Company than an ongoing concern? Check out the charts and then yesterday’s bad news: 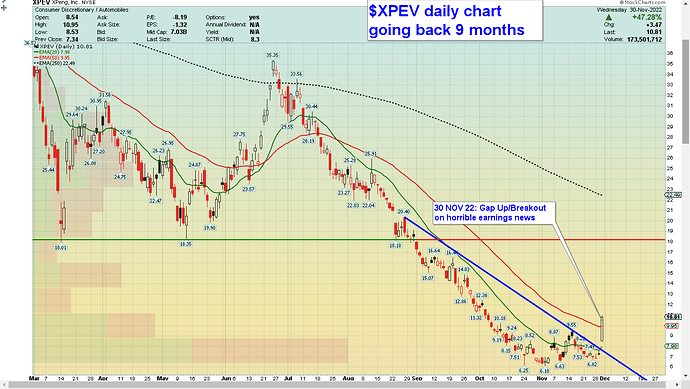 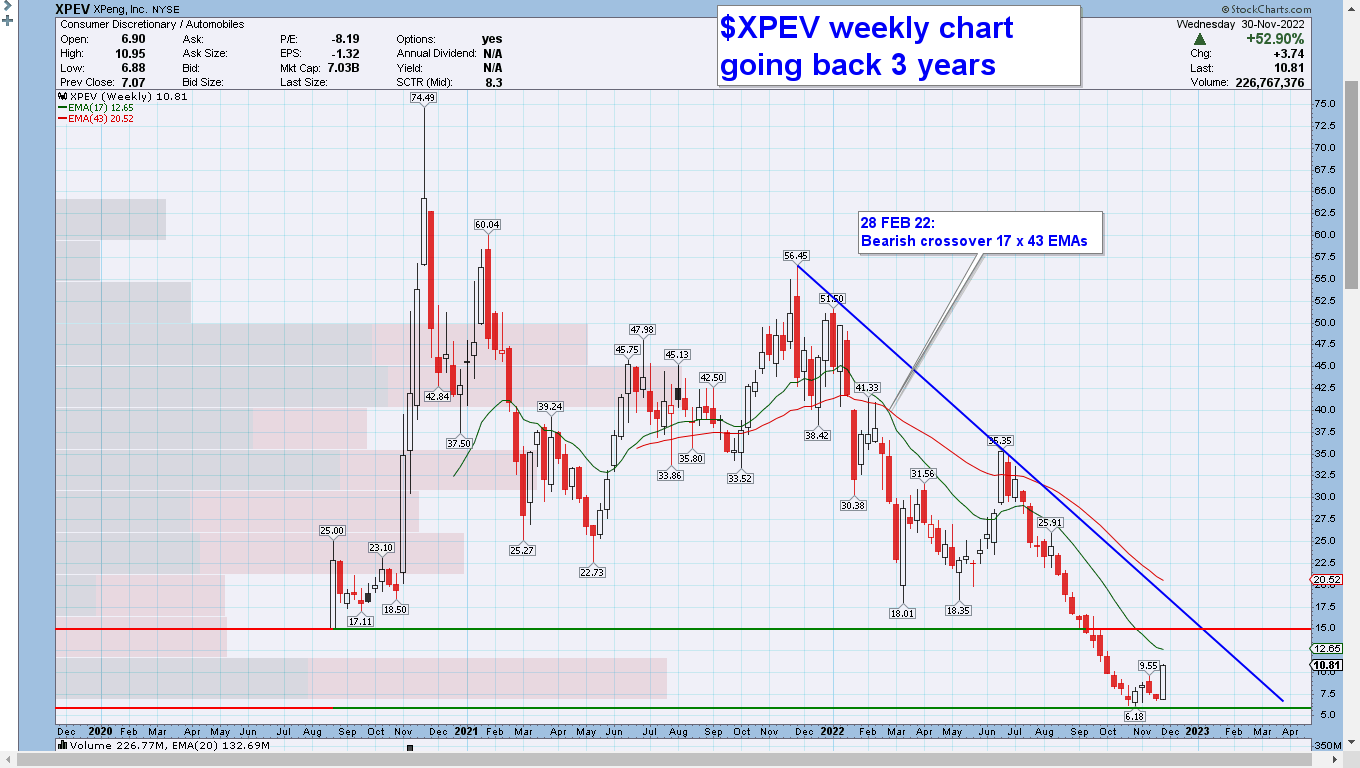 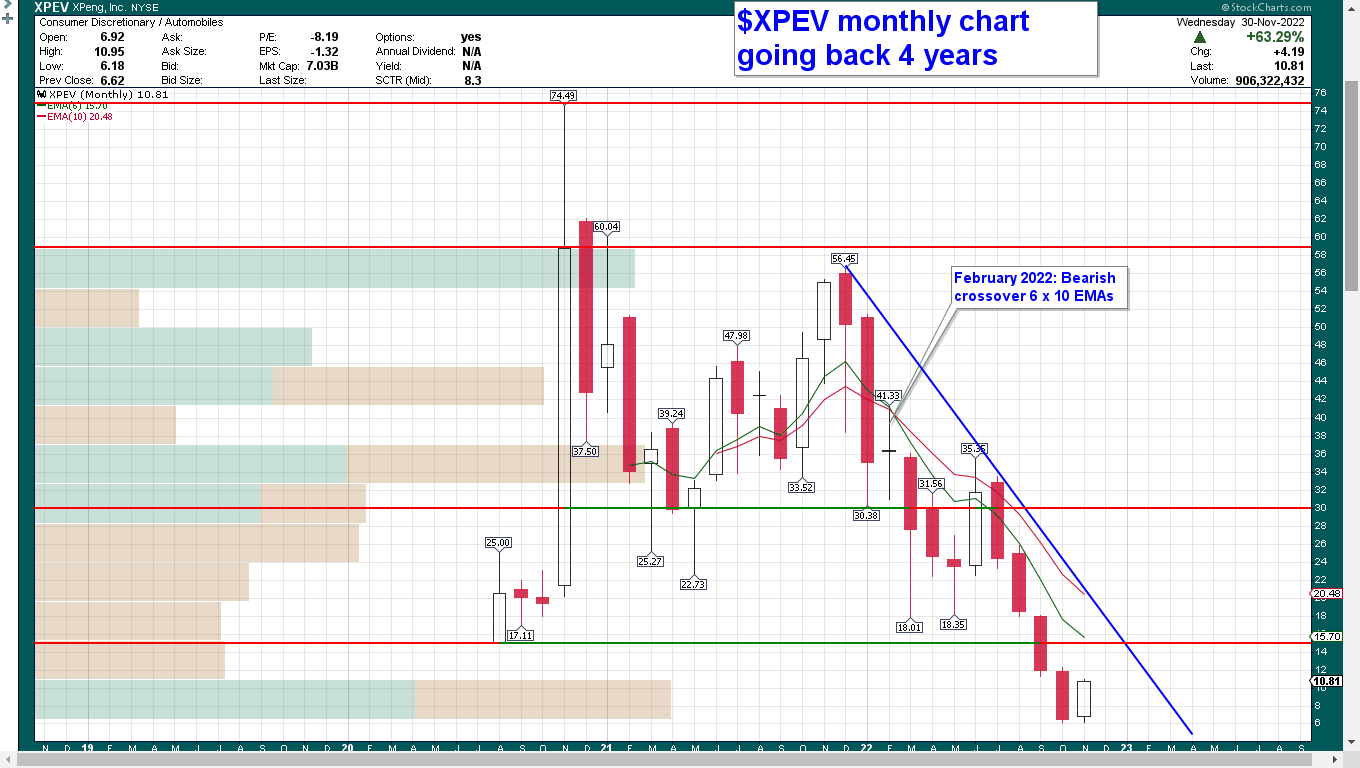 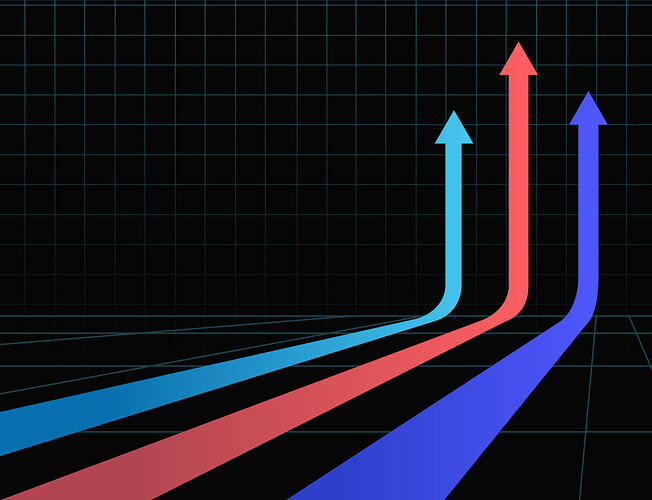 Why XPeng, Li Auto, and Nio Stocks All Soared Today | The Motley Fool

Shares of Chinese electric car stocks revved higher en masse on Wednesday morning, after investors found hope in a mixed third-quarter earnings report from XPeng (XPEV 47.27%). Heading into Q3, analysts had forecast that XPeng would lose $0.36 (pro forma) per American depositary share (ADS) on sales of just over $1 billion. As it turned out, XPeng lost exactly as much money as it was “supposed” to, while sales fell short at $959.2 million.

Turning to guidance, XPeng says that in its fourth quarter currently underway, EV deliveries are expected to range from 20,000 to 21,000 units. Not only would that be a decline of roughly 50% from Q4 2021 deliveries, but it could miss analyst predictions (for 25,000 units) by as much as 20%. If demand for XPeng’s EVs is falling, it’s hard to imagine this will translate into continued strong pricing on the cars, and as economies of scale dwindle, I’d expect the profit margin to fall as well. Thus, it appears that XPeng is setting the stage for following its mixed Q3 with a clear-cut “miss” in Q4.

I just can’t get over how investors are ignoring the guidance of this company.

I just can’t get over how investors are ignoring the guidance of this company.

And my viewpoint is to consider any Chinese company with deep suspicion… meaning that if they say “it’ll be down a bunch”, the reality could well be “the earth is going to open up and swallow us whole”.

I own one share of $NIO just to force myself to follow along. (I also trade $NIO and use gains from successful trades to buy other things in the market.)

I chart Chinese companies, but, I will not buy any of them as standalone LTBH investments until Xi and the CCP are history.

(I do own some Chinese companies as passive investments which throw off dividends. Those are taken care of by the minds behind the monthly dividend paying ETFs I add to weekly.)

Xi and Putin can no longer believe they will spread their respective hegemony around the planet without pushback. The West is woke.

As far as their economies go, what I’m reading from sources inside their governments who use secretive methods to get their messages out (Telegram/Tor then to Twitter) we will no longer be hearing just the one-party line during Late Stage Capitalism in Russia and China. What comes next for Xi and Putin? Their people grow bolder by the day and they are calling out both leaders for their inept handling of Ukraine, COVID, Housing, the Stock Market, etc.