UK plans to build a new coal mine for exporting coal 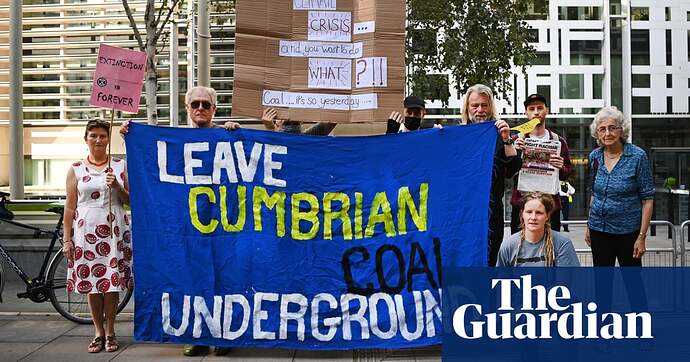 The UK will build its first new coalmine for three decades at Whitehaven in Cumbria, despite objections locally, across the UK and from around the world.

Michael Gove, the levelling up secretary, gave the green light for the project on Wednesday, paving the way for an estimated investment of £165m that will create about 500 new jobs in the region and produce 2.8m tonnes of coking coal a year, largely for steelmaking.

The mine will also produce an estimated 400,000 tonnes of greenhouse gas emissions a year, increasing the UK’s emissions by the equivalent of putting 200,000 cars on the road.

The vast majority of the coal produced will be for export, as most UK steel producers have rejected the use of the coal, which is high in sulphur and surplus to their needs.

Where these exports will go is uncertain, as most European steelmakers are turning away from the use of coal and adopting green methods such as electric arc furnaces and renewable energy.

The government said the mine was possible within the UK’s climate legislation, which requires the UK to reach net zero emissions by 2050, as operations will shut down by 2049.

When gas and oil fail, fall back on coal.