Maybe if you forget the word “index”, and think of it as a carefully currated mutual fund, you can see why it is considered a benchmark against which all nearly investments are measured.

When WEB had all of those bets with different hedge fund guys, he could have used BRK instead of the S&P 500 “mutual fund” and yet, HE DID NOT DO THAT.

It begs the question… why?

Is that because as a theoretical “mutual fund” in a bet with a hedge fund," ???

When WEB is working with money he takes the safer path.

Maybe he chose the S&P because it did not have an exposure to supercat and reinsurance policies?

What do you think was in WEB’s mind when he excluded BRK from those educational wagers? But maybe this reason for WEB’s decision was obvious to all of you and I am late to ponder about it?

Or because the theoretical index in those bets had zero frictional costs …?

Or have I forgotten something?

IF Buffett bet the hedge fund experts couldn’t beat brk , that may have prevented aggressive buybacks on dips and other potential conflicts.

IIRC: Buffett bet the hedge fund experts that they could not beat the S&P 500.

The price of BRK, was not in the many bets, that Warren made with different 2 and 20 guys.

Well, investments and investment managers have been measured against the S&P 500 for almost as long as there’s been an S&P 500. An open secret is that after some time of failing to match or beat the S&P 500 for a year or two, a fund will close down and reopen under a new name, with (possibly) a new strategy. The result is if you’re looking for someone to invest your money, you’ll find lots of funds that look good (but haven’t been around for long).

I think Buffett’s wager was intended to break through all of that fog and see if anyone would step up. Do you remember Buffett’s story of the Gotrocks family, and the unnecessary helpers? I think Buffett sees a lot of people being led astray by those that are promising better-than-average returns. While Buffett sees that the real money is made in holding all businesses.

I think Buffett didn’t make it BRK vs a random hedge fund for two main reasons:

Well you might not want to be so sure because it isn’t the case the Buffett made the bet when the S&P500 was low. He made it before the market tanked and the S&P500 side of the wager seemed like it could lose for a while due to the market tanking if you only saw the short term result. He made the bet not as a valuation argument about the S&P500 (nor to prove anything about BRK), but because he wanted to make the point that the siphoning off of returns by “helpers” doomed that industry to underperformance when you could just invest in a low cost index instead. The hedge fund manager he bet against happened to be a classmate from business school, so I tracked the bet closely.

Here is a good article on the bet and the outcome. 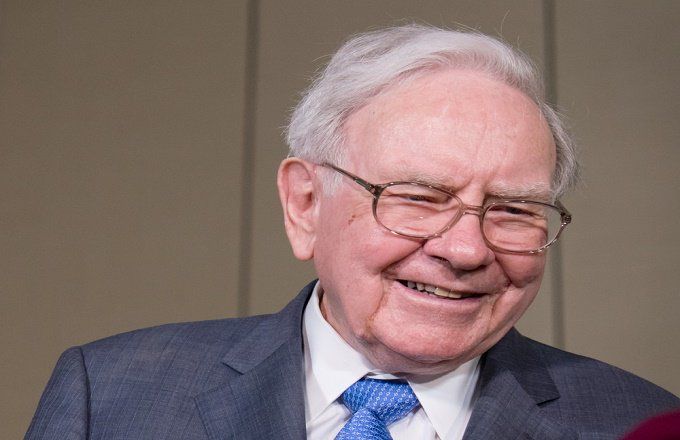 Buffett's Bet with the Hedge Funds: And the Winner Is …

In 2008, Warren Buffett placed a million-dollar bet that an S&P 500 index fund would beat the funds of funds hedge fund managers would select.

So Buffett was the timing master? Well, I never gave that idea a thought?