Another month of macro craziness and we’re at the end of October. Only a month ago I wrote:

[The] son of Ghanaian immigrants to the UK, who studied history at Cambridge and Harvard, managed to sink the pound and get the IMF to criticise his plans within weeks of becoming the Chancellor of the Exchequer, possibly dooming the brand-spanking new government in Downing street.

And doom it he did. In the month of October he (Kwasi Kwarteng) got fired, and then the prime minister Lizz Truss was forced to resign. So a month on and we have a new government in the UK. Also, Xi Jinping cemented his de facto dictatorship in China. Elsewhere in “safe” large-cap IT stocks country, Meta lost 32% of its value in a month.

The volatility in the external environment was the only real news; my portfolio companies didn’t really report new numbers. And though macro is impossible to predict, the external uncertainly slightly changed how I look at my portfolio. I will explain a bit more below.

Position sizes and why
Below are my current portfolio weightings, as well as what they were the last two months in brackets:

The main changes I made this month I actually motivated last month already in my month-end write-up: reducing GTLB and CRWD and increasing SNOW. In addition I put all of my cash to work and took a small-ish position in TTD. So why not exit GTLB completely and why take a swing at TTD? Because I guess I’m a little less sure of my own forecasts, and that is due to the many weird ways that global dislocation is working its way through the companies that we follow. And hence I’m ever so slightly spreading my bets around a bit (not a lot, mind you, I still have 82% of my portfolio in just 5 companies), as well as limiting the % in any single one to 20% max.

Because @stocknovice, @mooo and @SaulR80683 covered all of my companies in quite a lot of detail already, and I really don’t have more nuggets of wisdom to share on those, I will give my thoughts on the one company that they did not cover.

Gitlab actually seemed quite busy in the last month after nothing except the results in September PR-wise. There were 3 press releases - about TeamOps, CloudSeed and their Security and Governance solution.

The first PR was about a new certification for what they call TeamOps - the way that Gitlab works internally. Although probably admirable in its aims, this just didn’t ring true for me. Reading it sounded like they believed this to be a cure-all for decision-making. Perhaps I was jaded because I’ve just read a couple of articles and memes about Zuckerberg’s VR fantasies (It's painful how hellbent Mark Zuckerberg is on convincing us that VR is a thing • TechCrunch) but this particular snippet from Gitlab’s release just rubbed me up the wrong way, but feel free to judge for yourself:

With TeamOps, success is correlated with decision velocity: the quantity of decisions made in a particular stretch of time (e.g. month, quarter) and the results that stem from faster progress. This unlocks an organization’s power to collaborate, reduce politics and create asynchronous workflows. 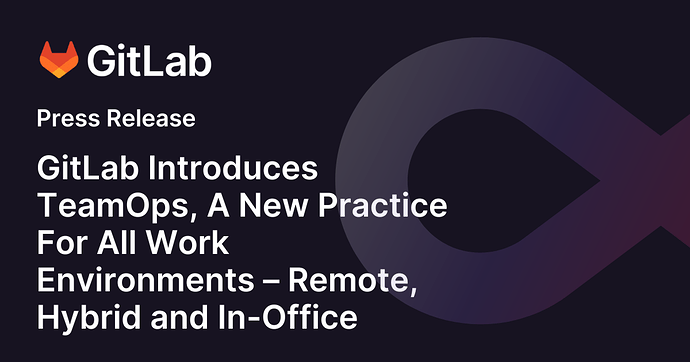 Anyhow, moving to the second about CloudSeed, which seemed useful. Google summarised the new functionality best (snippet below), although the acting CTO of Gitlab was also quoted - Ashley Kramer. She is also the CMO and CSO so I guess she’s doing the CTO gig in her spare time. But wait. Last quarter they had a surprise long-time CTO resignation (no-one seemed to bat an eyelid at the time but it bothered me). It was announced thus (and that was the totality of it in the call, incl in the Q&A):

I also want to thank Eric Johnson, our CTO. He has resigned effective October 1 and will stay on as an adviser for six months. Eric has been with GitLab since 2017. And I want to thank Eric for our partnership over the last five years and wish him the best of luck.

Now, three months later they have an acting CTO. Now you would think with all that decision velocity of theirs they woud have found an actual CTO by now? Why not make the internal candidate CTO if she was on some kind of succession plan? Or is she not good enough? Is there no-one to take the CMO and/or CSO role if she were to take the CTO role? It’s subtle, I know, but I don’t like it. Here’s the summary from the PR by the actual Group Product Manager at Google Cloud: 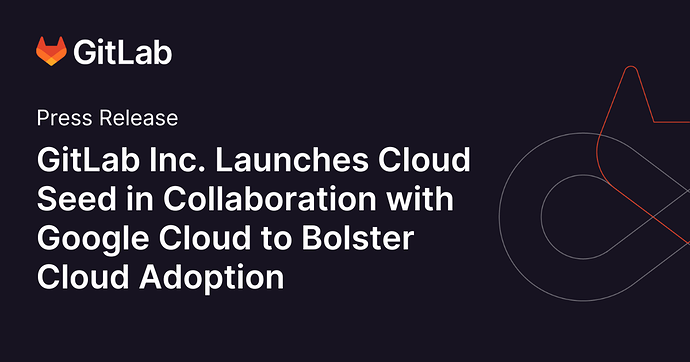 The third PR about security sounded like it had more meat on the bone, but the details left me disappointed. They spoke about securing the software supply chain, and that got me interested, but all 4 features they then listed were either not new, or were “anticipated” or an “upcoming feature”. I.e. a nothing-burger. The rest of the PR similarly listed either incremental improvements to existing functionality, planned features, or features released earlier this year or even last year. It disappointed and is in stark contrast to what Cloudflare does when they do product PR’s, for example. 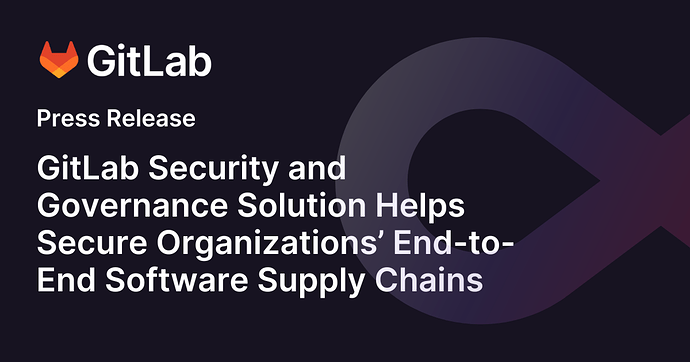 So where did all of this leave me, after thinking through why I own the stock in the first place? Great metrics. Yes, but some are faltering: $100k customers most notably. Potentially fantastic new product cadence to complete the immense ground they wish to cover in their product ambition? Not so sure. They seem to have invented PR’s to look like they are releasing a lot of product, but on closer inspection they aren’t really. And then there’s the small matter of not having a CTO and having lost the last one without any real reason given and on very short notice.

Lastly, this stock is expensive. Like really expensive, while still making losses and improving losses steadily, but not super-quickly. It’s more expensive than S and DDOG. And that while S is growing faster and showing a much better operating margin improvement trajectory, and even more expensive than Datadog the great - with massive growth and cash-flow margins at scale. So I will be reducing this one further and will only leave a small position to see what happens. If they do what the CEO said - accelerate - then I may take a bigger position again. But I’ll wait to be shown a bit more on this one.

And that’s it folks.

Today is the day of the one true macro god again (I know: no religion

) - the chairman of the Fed (amazing that one man has this much economic power), and tomorrow the day that we will start seeing some results for the portfolio.