If you played this one to the downside over the past two days, congrats.</b. 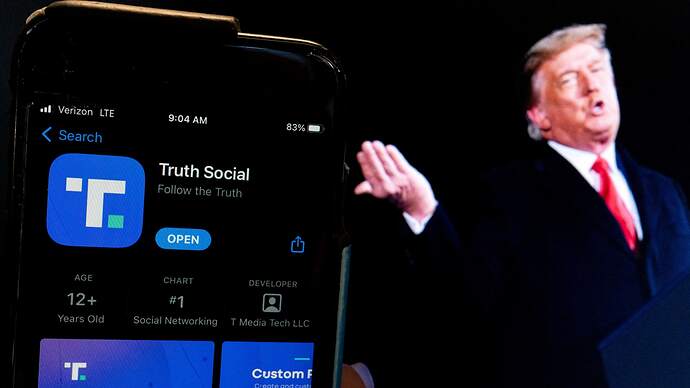 Shares of a Trump-linked SPAC fell after several of the ex-president’s favorite candidates disappointed in midterm elections. 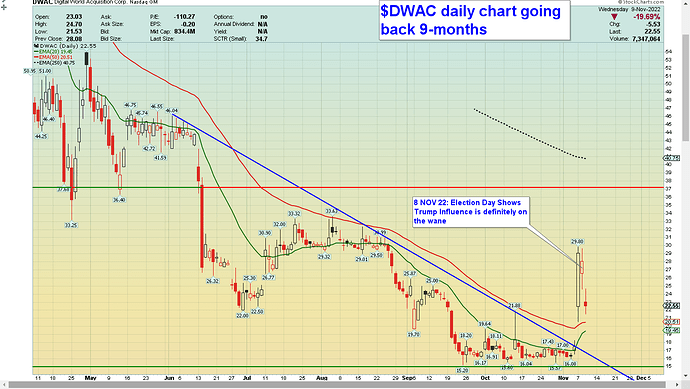 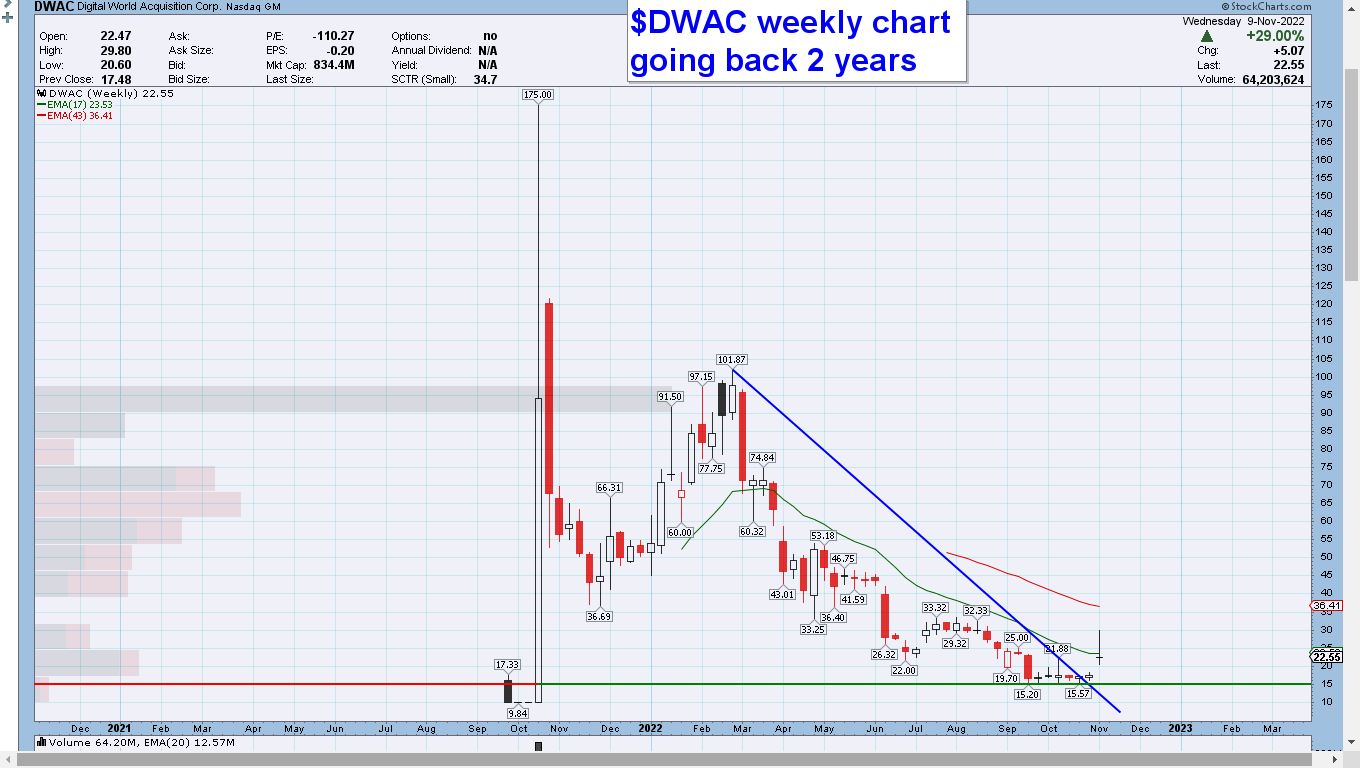 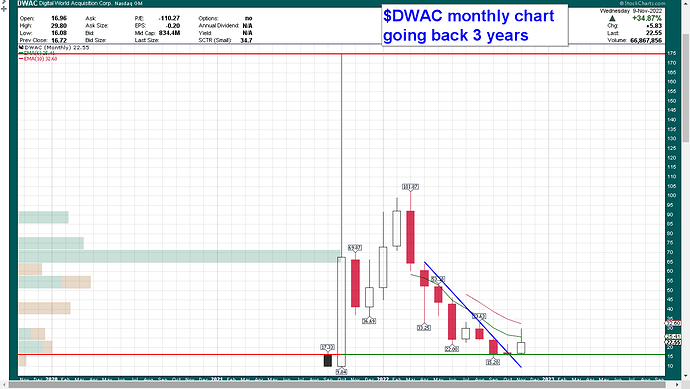 Twitter is up and running, no problems as experienced earlier this morning. Meanwhile, someone won’t be coming back to Twitter as long as Truth Social is still an ongoing concern. In 2017, he said he wouldn’t have become president without it. “Twitter is a wonderful thing for me, because I get the word out… I might not be here talking to you right now as president if I didn’t have an honest way of getting the word out,” he said. After Twitter’s new owner Elon Musk reversed Mr Trump’s perm…

Also, from that BBC article, and as someone who has made $$$ trading $DWAC on the short side, I concur with what is written here:

Rather than it simply being a place where people can de facto invest in Truth Social, people have been purchasing DWA shares as a way of investing in the former president himself.

“It’s a meme stock,” says Michael Klausner, Professor of Law at Stanford University. Meme stocks are companies that have lots of small investors who are online or social media followers, who can drive the share price up and down.

Klausner says many who have invested in DWAC are Mr Trump’s own supporters.

“They think that Trump’s name attached to something is going to be valuable,” he says.

It means DWAC’s share price goes up when Donald Trump’s fortunes are on the rise, and down when they are taking a turn for the worse 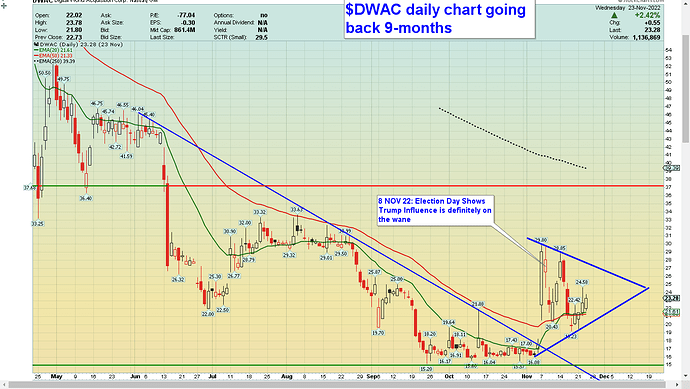 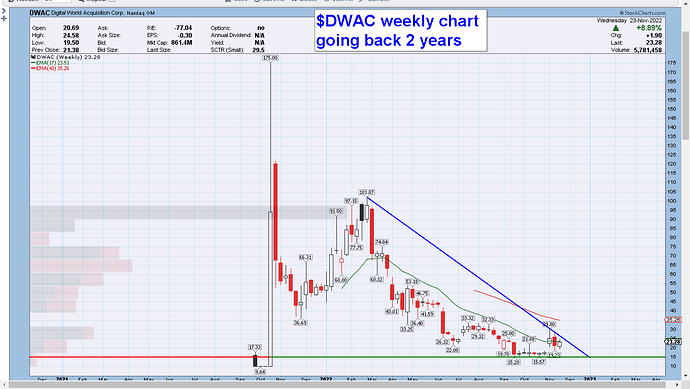 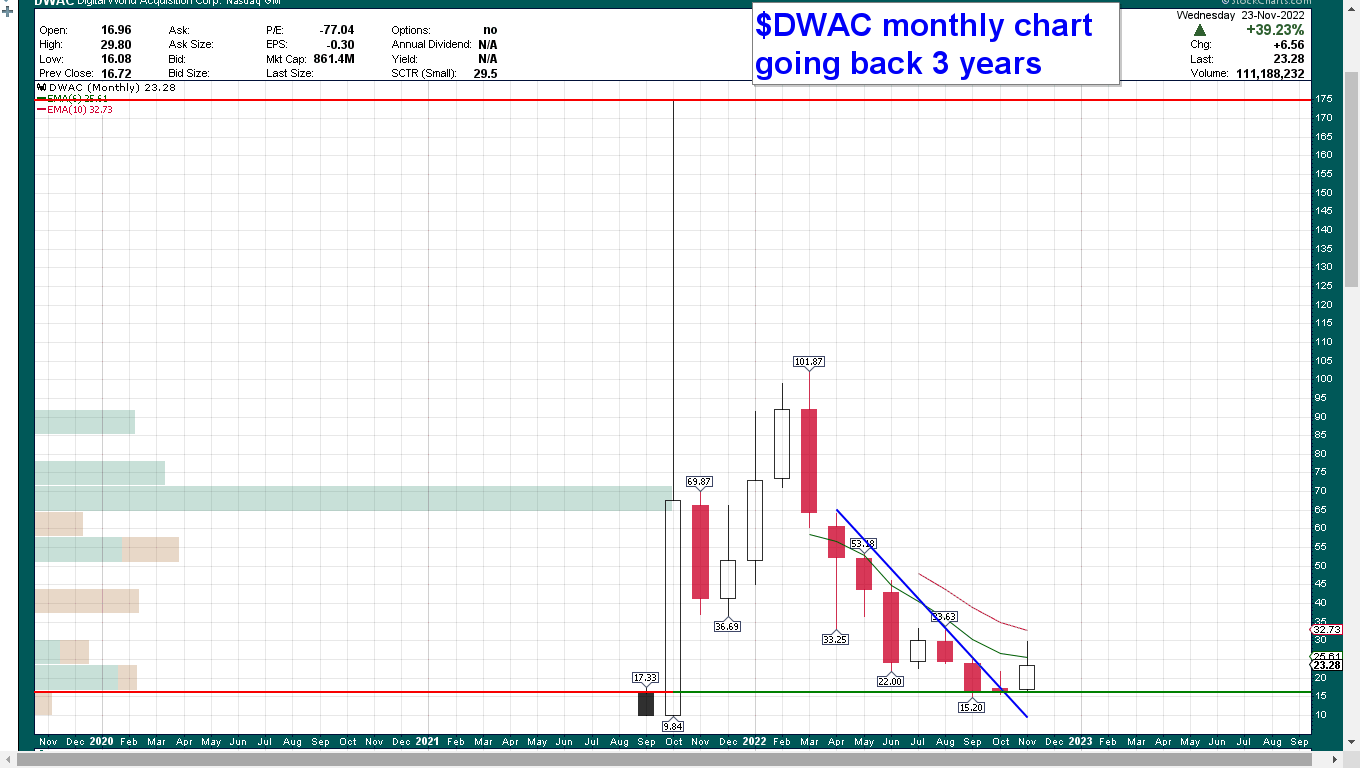