2022 - A Complete Disaster for Everyone - Almost

The Title of this post says it all; and frankly, it is all ruined now and one has to face reality as in "The Brutal Truth of It’ - ‘The Harsh Reality of It’. Things will never…EVER… be the same. And frankly - if you are investing yourself and time in it you just have to adjust to the changing of the tides of progress I suppose. So let me take a moment to record the carnage of 2022 that ended and era:

1). The SEC - known as the South East Cheating Conference decided it would rob the the Big -12 (A conference with only 10 members to begin with) of its two flagship programs:
Texas and Oklahoma.

2). The Big-12, which was actually only a Big-10 to begin with, responded by buttressing its conference castle walls with BYU, Cincinnati, UCF and Houston. So - the new Big-12 will actually really be a Big-12. Initially, with the loss of Texas and Oklahoma the Big-12 was the much acclaimed: Dead Conference Walking; However, they have passed that particular torch to the Pac-12.

6). The MWC is nervous because two of its members are potential targets of the now Pac-10 which in fact understands math and wants to get back to full strength with SDSU and perhaps Fresno St. (Note: The Pac is a very snobby bunch and an outlier of a rumor is that it might want to go with SDSU, SMU, Tulane and Rice.)

If all that isn’t enough to give you a headache just trying to remember who is who - think of all the old rivalry games that are being tossed. And why has all this happened: Well greed of course but think of the power conferences as sort of consolidated portfolio of teams designed to produce the most income for the conference.

Ok…but all that is not the actual nail in the coffin of historic College Athletics; That title goes to NIL. What exactly is NIL? Well…used to universities offered free ride scholarships to athletes to play for them. And players could not get paid. Well…along comes lawsuits and the Supreme Court rules that players can’t be stopped from profiting from their Name, Image and Likeness. (Note: Remember that South East Cheating Conference mentioned earlier? Well…they have been paying players for a long, long time and the truth of it all is that to compete on the national stage just about all the universities have bag men donors who take care of that side of the business under the table so to speak. Now…that is all passed.

One High School QB was just offered $8 million to attend the University of Tennessee. The NCAA’s only moat against pay for play was that NIL deals could not be to attend a certain university which just created a silly farce for convoluted pay schemes for exactly that purpose. Amateur athletics - where all us rabid, deranged fans thought Billy Bob was playing for our beloved university out of pure love and loyalty of our favorite school have been smacked in the face with a big wet tuna. The Billy Bobs are now going to the highest bidder.

It is a disaster and changed forever for everyone - almost: The winners are the players and rightfully so at some level. (We could argue about which level). The universities are making millions from their Athletic programs (well the ones in the Power Conferences anyway) so why shouldn’t the players cash in also? This is America after all and capitalism is in our blood. So…good for the players; but alas - very bad for us fans and for college athletics in general. Or so it would seem.

Now by this time you are certainly tired of my rant; although, you have to admit its a decent enough rant, even if we could argue the basic premise. But - you are thinking, what does all this have to do with Investing? I dunno - so let’s see. But remember that this time was supposed to be different - said the gurus… only it wasn’t.

Every year about this time I do some portfolio searching and this year I am stuck on the Realignment theme. These are the players I am holding:

Not sure I’ll add anyone else at this time but what keeps haunting me is that every time we go through one of these gut wrenching downturns, money burning, conflagrations the new sprouts always give us new leaders - AND, my team is packed with former leaders. Should be a good team but not sure it will win any Championships. And thats pretty much the case with all the gurus I rate and follow except two and I ain’t all that enamored or sure about them yet.

The only thing I know for sure is that you could probably pick any of 35-50 beaten down growth stocks and in any semblance of recovery they would do just fine. More on all this later when I can actually define it a little better.

One last thing - That Roberts guy that made all of us some money on ENPH has a second article out of a battery company called Enovix or something like that. Perhaps worth a read: 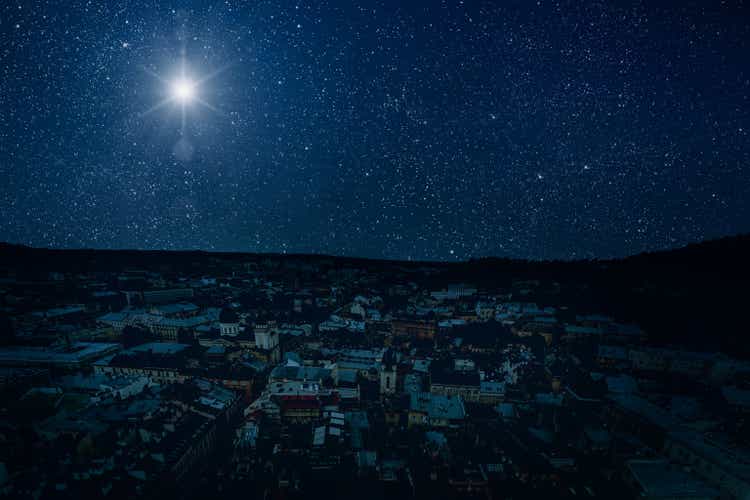 Excellent rant…but you forgot to throw the transfer portal and bowl game opt-outs into the list of things to rant about.

Hope the New Year has started wonderfully for you and your family.

Right now there are over 1300 players in the portal and a short history but history nonetheless, only about 1/3 of those players will find new scholarships. And recently, news that a few players have tried to remove their names from the portal by asking their current schools if they can stay. So common sense might be rearing its head: not all the players get paid majestically.

All that said - when I relate the processes and flow of the Transfer Portal to investing, its not the players (companies) that are the ultimate winners; but rather, us as retail investors. How so?

Well its no big secret that I invest using a concentrated portfolio that I try to manage just like I was managing a sports team: In particular, a basketball team - but with acknowledgment that I frequently insert perspectives from other sports such as baseball and football. But in all collectivity, once you get beyond T-Ball or so, sports becomes all about winning - just like we’re all about seeing our investments grow. The fact that we all have differing strategies, perceptions and philosophies makes absolutely no difference in that regard. So… the way I see it is like this:

I have a ‘Team’ of companies I have ‘drafted’ that I am comfortable with. BUT…there are dozens, if not hundreds, of companies all of which are available in the Investing Transfer Portal (ITP) which I can tap at any time. And that is entirely in our favor. What is not in investors favor is that if they are stuck in some sort of LTBH mental commitment and not particularly and continuously current and closely watching their investments. In the end, it’s all about winning - there are no participation trophies and the ITP is a tool/club in our bag that if used correctly helps put the odds for investing success in our favor.

Just a humble opinion of course keeping in mind that I am a rank amateur investor.

Great rants, Champ!! Thanks for the updates. I lost 31% last year and my portfolio morphed quite a bit towards income holdings, as we have discussed in prior (not primordial) worlds. Your posts almost always make me smile…5