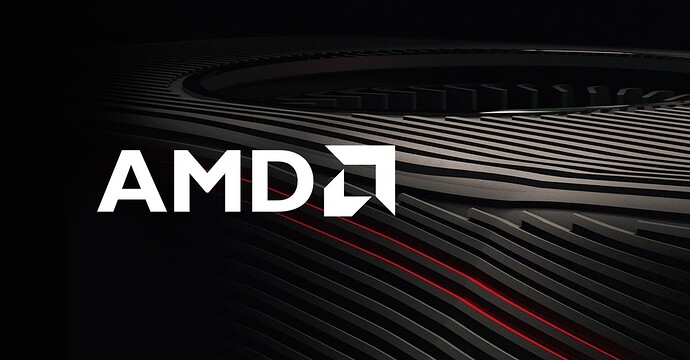 Well, so much for any hoped for pop on a good earnings report. Not having competitive (or readily available?) client chips to earnings is really hurting us. Dag nabbit! Will we ever get about $100 again I have to wonder? Arrggghhhh!

Not having competitive (or readily available?) client chips to earnings is really hurting us.

I disagree. This is a market-fear-of-recession issue, not an AMD issue. Intel, with it’s weaker position, saw the beginning of the drop last quarter (Client Computing Group (CCG) down 25% YoY). I expect Intel to have another drop in revenue this quarter.

OEMs have started to worry about their inventories. From AnandTech:
PC OEMs are significantly reducing their stockpiles of completed systems and parts. OEM inventories had become relatively bloated following the pandemic, as OEMs surged to meet the spike in demand for new client systems for a newly-remote workforce. But as the pandemic has subsided, so has the demand for new systems.

Thanks for that reality check on my panic/pessimism. Now let’s hope the recession abates and the economic outlook improves so that companies start buying chips again before Intel gets their act together or China invades Taiwan!

There is another factor. AMD placed the debut of their new GPUs on November 3rd. If I were planning to upgrade to Zen 4–and I am the sort of customer they are looking for with the high-end CPUs–I would want to see what the RDNA 3 GPUs were like. If I was buying through a large company, for editing videos and other heavy workloads, the purchasing department would probably insist on buying a system, not upgrading a motherboard. (Buying a chip is different for some reason. I could buy a replacement CPU no problem, but a motherboard is a different issue. I guess purchasing doesn’t trust engineers to replace a mobo, but are fine with a engineer replacing a CPU.)

Anyway I expect CPU sales to pick up a bit in 4Q2022, and a lot in 1Q2023. Zen 4 is apparently a huge increase in throughput over Zen 3, but you will need a better GPU to take advantage of that in many applications. Unfortunately, this seems to mean, for now, a 4090. The low-end 4080 seems to be equal in performance to a 3000 series (or AMD RDNA 2) GPU, which means it is not a system upgrade. Will 4090s start streaming off the shelves? I figure only after the RDNA 3 cards come out, and then only if the high-end AMD cards are worse on price performance.

AMD has also gone public with news that their substrate supply is the issue in their being capacity limited. The pandemic has to have hurt that, between supply train and pretty much all in person jobs. They told us that their substrate supply would double year over year, and Intel told us they are not catching AMD soon enough. So 2023 will be the best year in AMD’s history (as I think will be 2022).

My real problem as an AMD investor right now is Intel. They have been FUDging their forecasts for so long, and missing pretty much all of them, that it is easy to disbelieve them. But all that R&D budget has to pay off sooner or later. I know some folks who work(ed) at Intel and none of them were stupid. I have to laugh at all the folks who keep on comparing AMD to NV, when only 20% of AMD’s revenues come from GPUs (well, probably less than that after the Xilinx acquisition). Intel is the threat. I think Xilinx puts AMD ahead of Intel in FPGA tech for the foreseeable future and that means AMD will keep on having better products as well as less to spend on debt and more to spend on R&D once they fully integrate with Xilinx. So I feel very safe as AMD may get another 10%+ unit share if they do double their capacity.

Also, Intel’s shrinking revenues still are servicing a dividend. How low will Intel go if they cut the dividend. Will that kill the FUD? Will AMD benefit? Hmmm… Actually, at 5.68% Intel is now a good dividend play at a much better price than AMD. I may have to consider them for my dividend income, But I digress.

I think it is a mistake to view NVIDIA as a “GPU” company. Their growth has been in both the datacenter and “the edge” versus traditional GPU’s. I debate whether to call NVIDIA a software company, or an AI company, but both are closer than GPU company. Intel has been moving in that direction as they currently have something like 25k software developers, and a few AI specific products. AMD has been doing a great job taking over traditional data center compute, but the high growth areas remain the intelligent edge, and AI. I view Nvidia as the leader in these fast growing markets, with Intel being a fast follower while AMD is playing catch-up. As an example, AMD has positioned Pensando as a leader in the DPU market, but it is a market that was invented (developed?) by Nvidia. Intel also has a “me too” product there.

As an example of the intelligent edge, Intel and Chipotle did a demo of sapphire rapids running AI software to manage the restaurant. You may remember the food safety issues Chipotle had a few years back. The new system uses cameras to keep an eye on all the food and report any problems. This will result in at least one Sapphire Rapids server chip in every Chipotle restaurant. I think Nvidia has many, many deals like this.
Alan

I agree that Intel is going to keep sinking through 2022.

I also think Intel is on the comeback road but even Gelsinger doesn’t believe it will be until 2024 - 2025. My long range plan at this point is to hold AMD into late 2023 and see it regain some of its highs. Then when I think it is still early enough, but not too early, sell some AMD and put it into Intel.

Take a moment to read this article on Gelsinger’s work to turn around Intel. Yes it’s just talk, and Gelsingr is certainly running the PR train trying to keep Intel on the radar, but if he is doing what he says he is doing in this article… then I think he is doing the right things and it will turn around. 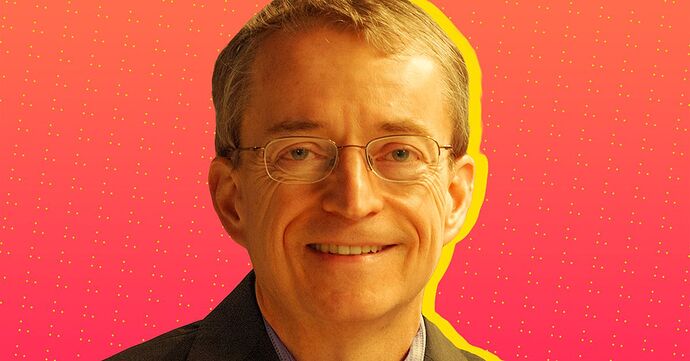 The Intel CEO is betting big on a new manufacturing site in Ohio.

So I am starting to believe that Intel can make the turn and I am watching Gelsinger’s own estimate very closely. Gelsinger is basically saying that 2023 is the bottom for Intel, 2024 coming to on par and 2025 starting to really compete again.

"And we just have to rebuild that confidence in the industry. We do expect that overall, our data center business grows every ear as we go forward from where we are. As we said, 02, 03, the bottom. But we believe that we’re still losing share at least through next year, right?

Competition just has too much momentum, and we haven’t executed well enough. So we expect That bottoming. The business will be growing. But we do expect that there continues to be some share losses. We’re not keeping up with the overall TAM growth until we get later into 25, 26 when we start regaining share—material share gains.

The reviews on Raphael and Raptor Lake are in, the real skinny is if you need a high-end gaming upgrade, buy a 5800X3D. Otherwise, you should only look at these new chips if you do production work on your PC. In other words, you are using it as a workstation.

But for evaluating the markets, there is an elephant in the room. Tesla is shipping a Ryzen system built into every car they sell. Will other manufacturers stay behind? So a few million CPUs probably spread between AMD and Intel. Self-driving is another beast, and there nVidia is probably going to get a lion’s share of the business. AMD and Intel will be selling FPGAs and GPUs as well, but they might get 20% of the dollar amount for self-driving electronics on cars where the software comes from nVidia…

Teslas use Ryzens in their cars? Do you know what for exactly? The self-driving system perhaps?

No, not the self-driving system. Tesla used to use Nvida for that, now supposedly an internal chip.

The AMD Ryzen APU is used for the infotainment system. Here is a quick review, comparing it to the previous Intel Atom. 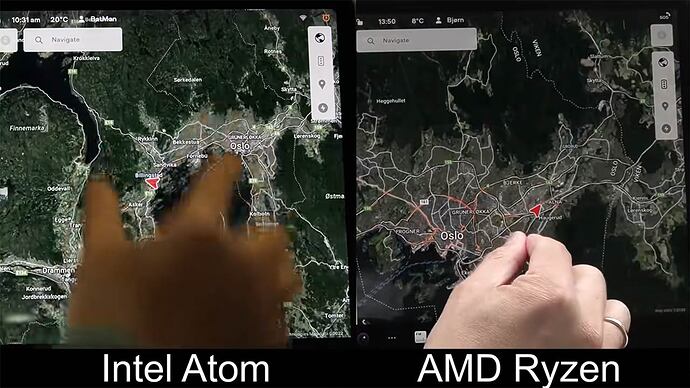 Let's compare the performance of the old Intel Atom GPU vs. the new AMD Ryzen APU installed in the new Tesla Model 3 and Model Y vehicles.

Thanks. Glad to see that the AMD APU was significantly faster than the old Atom chip, which is as I would have expected!