Article: "Snowflake gets caught in the storm clouds"

There was an interesting article on SNOW published a few days ago:

Snowflake gets caught in the storm clouds - SiliconANGLE

Snowflake gets caught in the storm clouds - SiliconANGLE

It was a great read. Below are some highlights. 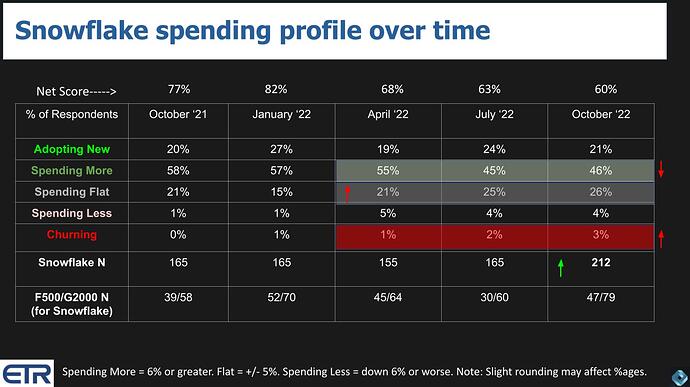 This data indicates slowdown in customer spending growth in April and July of 2022. however - SNOW reported last earnings for the quarter ending 7/31/22 which covered (July) month, and we saw how ‘well’ it actually went at 18% QoQ product revenue growth! So, I would take all this data insight for ‘fun’ rather than an accurate take of SNOW’s business for the upcoming Q3 report. We’ll have to see nevertheless as the guide was quite conservative.

From the article, they also note that October’s survey results indicate a “meaningful uptick in survey respondents citing Snowflake – up to 212 in the survey from a previous figure of 165. Remember this is a random survey across ETR’s panel of 5,000 global customers. There is a North America bias but the data confirms Snowflake’s continued penetration into the market despite facing economic headwinds and stiff competition.” 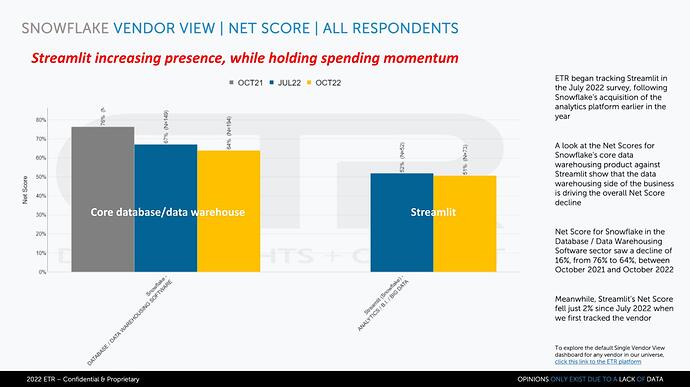 There was also commentary on SNOW’s recent hot acquisition of Streamlit. 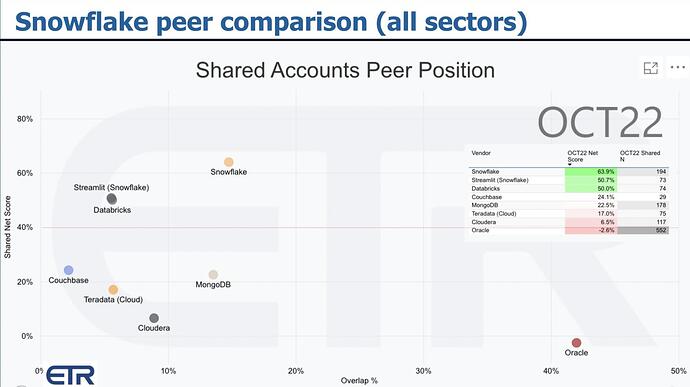 “…Streamlit, separated out from Snowflake core, sits right on top of Databricks [in Shared Net Score]” 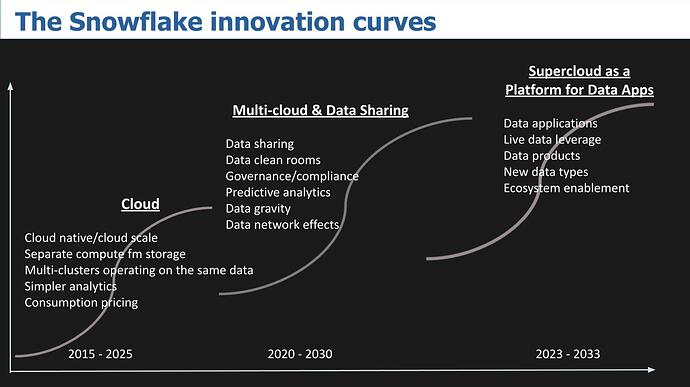 The article goes into depth on their perspective of SNOW’s three S curves of growth - the authors believe SNOW certainly can hit its 10 billion revenue target by 2028, if not exceed the conservative estimates.