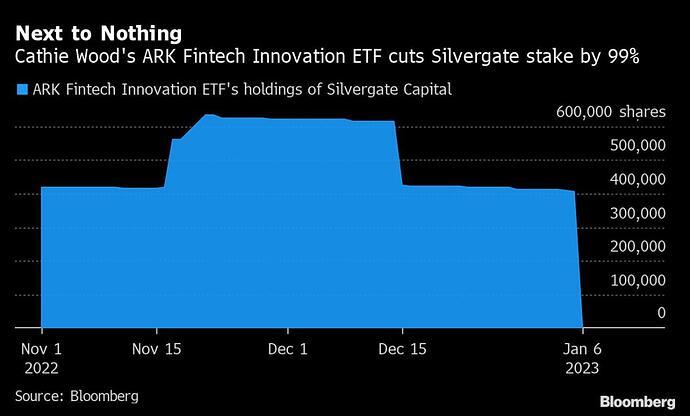 (Bloomberg) -- One of Cathie Wood’s funds sold virtually all of its shares in Silvergate Capital Corp. after the cryptocurrency-focused bank announced that it was forced to sell assets at a steep loss as customers pulled out most of their deposits...

Why is this important? Most crypto action occurs over the counter, not on exchanges 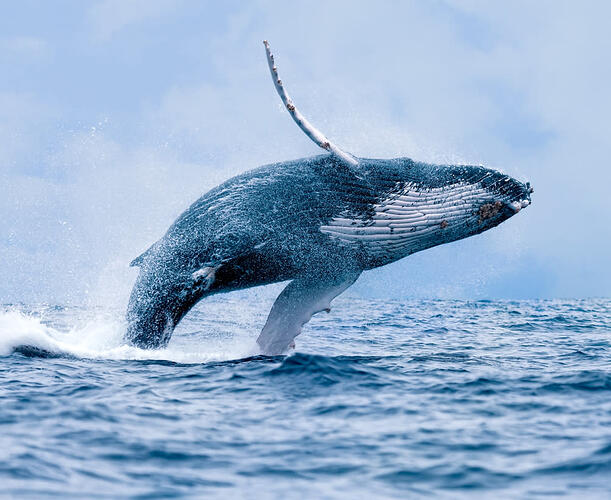 OTC is Much Larger Than Bitcoin Exchange Volume: Where Real Whales Trade

TABB Group, an international research company, has disclosed in its extensive analytical report that the over-the-counter (OTC) market of bitcoin is significantly larger than the global bitcoin exchange market. OTC Versus Exchanges: Whales Against...

Why is that important? Silverlake is a major facilitator between OTC crypto and the fiat world. If Silverlake goes under it will have major repercussions in the crypto space.

Class action lawsuit is filed against Silverlake because of suspected money laundering:

I have not read the article. Long day but I have used Silverlake to put Eth into Ar. I had plenty of options. I did not understand how Silverlake or any of them were making money. It seemed at the time it was not a good business model but that had something to do with the costs to me.

Why is that important? Silverlake is a major facilitator between OTC crypto and the fiat world. If Silverlake goes under it will have major repercussions in the crypto space.

BTW as some stick in the mud if I can see it is a so so business if that during a boom…why cant cathy woods figure it out? She is supposed to be magic in business? Magic makes things disappear.

adding…Opensea can go a long way…raised a lot of money during the boom. But has had one perhaps two profitable quarters. The only news being from the CFO after 4Q21 that the company made a profit. If Opensea has cash to get into 2025 it may survive and actually own the market for real. But until then Opensea is giving away the store with free minting. It might only be by a thread Opensea makes it beyond 2027.