Electric cars are doomed if fast charger reliability doesn’t get better
https://arstechnica.com/cars/2022/07/electric-cars-are-doome…
Finding a charger isn’t actually the problem, though, even if it adds another 50 miles to your road trip…No, the problem is whether or not any of the chargers will be working when you arrive. (Unless you’re driving a Tesla, since Superchargers are painless to use and appear to be extremely reliable.)…

At each charging stop, in Virginia, Pennsylvania, and New York, I ran into problems. A five-minute wait to see if the car and charger would establish communications was invariably the case. Waiting 10 minutes was not uncommon. Even then, there was no time to relax; more than once, an error somewhere in the loop shut everything down after just a few kWh…Only one of six charging stops was painless…

Then there was the problem of whether or not all of the chargers at a given location were even functional. At one EA station with a Plugshare rating of 9.8, two of four chargers were completely inoperable and a third was reduced to just 50 kW. Four days later, nothing had changed other than its Plugshare rating, which had increased by 0.2 points to the maximum score of 10, with a note in italics about the reduced-power machine.

No, the problem is whether or not any of the chargers will be working when you arrive. (Unless you’re driving a Tesla, since Superchargers are painless to use and appear to be extremely reliable.)…

This is why it doesn’t make sense to have relied (so far) on VW dieselgate money to establish a nationwide charging network. They seem to not care.
I also don’t understand why the charging stations seem to break so often.
Are they just poor quality? Or is it vandalism (I haven’t heard of this).
Or do they all break and Tesla just fixes them faster?

California study of fast-chargers finds poor reliability, many “nonfunctioning”
www.greencarreports.com/news/1136104_california-study-fast-c….
A University of California Berkeley study of EV fast-chargers points to serious reliability issues for charging infrastructure in the nation’s biggest EV market. The study looked at 181 DC fast-charging sites in the greater Bay Area, covering 657 individual chargers. Of that total, 72.5% were found to be functional, which is much lower than the 95% to 98% uptime reported by charging networks.

In 22.7% of cases, chargers were nonfunctional because of “unresponsive or unavailable touchscreens, payment system failures, charge initiation failures, network failures, or broken connectors,” according to the study. In addition, the charge cable was too short to reach an EV’s charge port in 4.9% of cases.

This wasn’t just a one-time phenomenon. A random sampling of 10% of the chargers surveyed, conducted approximately eight days after the initial survey, “demonstrated no overall change in functionality,” according to the study. This demonstrates that, in addition to installing more chargers, stakeholders must ensure the existing network is properly maintained. 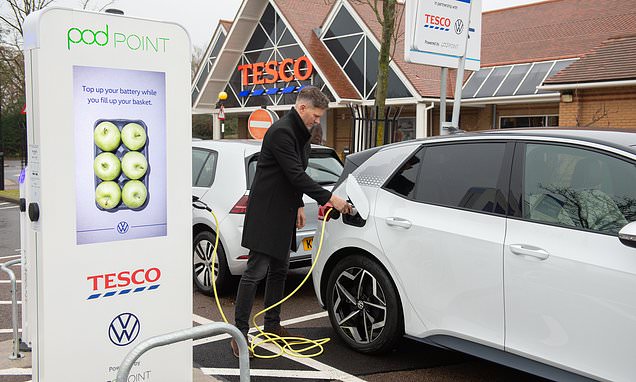 EXCLUSIVE: Half of chargers at the Tesco and Morrisons stores reviewed across the country were not working, while two in five at Lidl were displayed as having a fault. 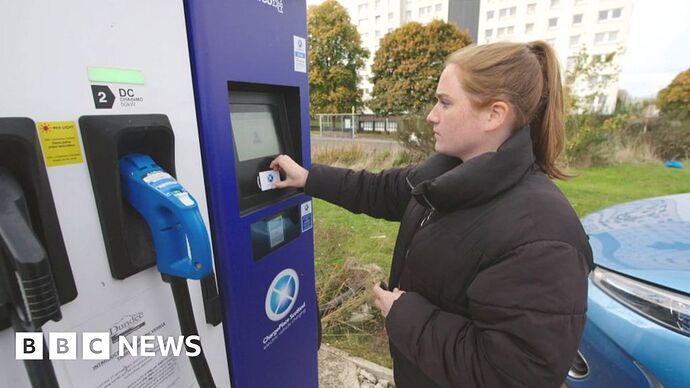 A snapshot survey of the state of 2,200 publicly-funded chargers in Scotland uncovers issues at 535 units.

Almost a quarter of Scotland’s public charging points for electric vehicles (EVs) were faulty when BBC Disclosure did spot-checks on the network.

A snapshot over a six-week period of the state of the 2,200 chargers installed using Scottish government grants uncovered issues at 535 units. Faults ranged from broken plugs and screens to the system being offline…

Laura Young, an environmentalist who has fronted Scottish government campaigns on sustainability, has been driving an EV for three years and said it had become more difficult to find public charging points that were working and available.