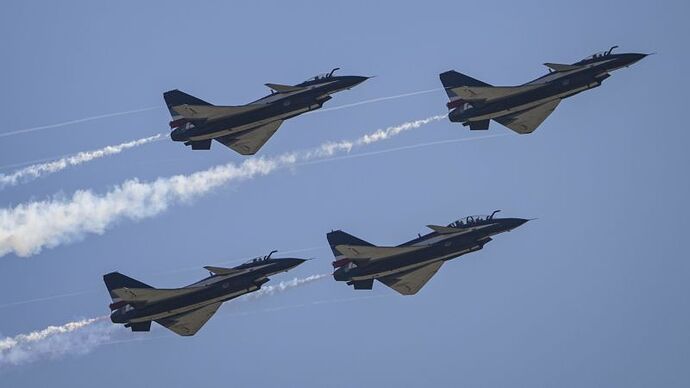 China carries out military exercises near Taiwan and Japan, sending 47...

China sent 47 aircraft across the median line of the Taiwan Strait on Sunday, its largest incursion into Taiwan's air defense zone in recent months, as Beijing steps-up efforts to normalize aggressive military operations around the self-ruled island.

On Friday, US President Joe Biden signed a sweeping new defense bill into law that included the establishment of a defense modernization program for Taiwan to deter Chinese aggression.

It added that a total of 71 Chinese aircraft were spotted around the island, and that Taiwan’s military have responded by tasking combat air patrol aircrafts, navy vessels, and land-based missile systems.

The flights, part of a so-called “strike drill” according to China’s military, follow Naval exercises by a Chinese aircraft carrier group in the Western Pacific close to Japan on Friday.