CNBC on $TSLA: Tesla under investigation by NHTSA for two more crashes that may have involved Autopilot or FSD 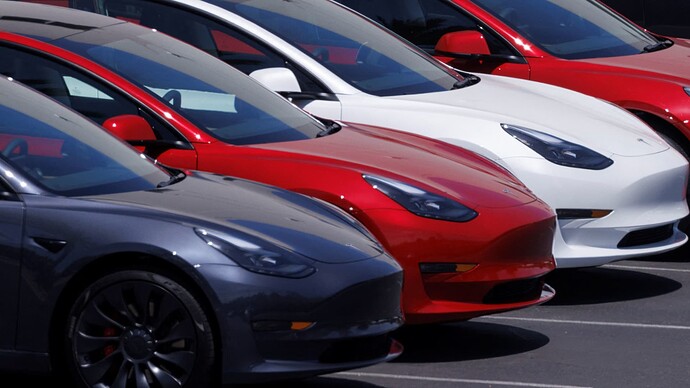 Tesla under investigation by NHTSA for two more crashes that may have...

According to data obtained from NHTSA by CNBC, the agency is looking into at least 41 crashes involving Tesla vehicles where automated features were involved.

NHTSA has added two more Tesla-involved crashes to its list of special crash investigations where driver assistance systems and automated driving systems are suspected to be a factor.

CEO Elon Musk promised shareholders a self-driving car from Tesla would be capable of a cross-country trip without human intervention by the end of 2017. That plan has been delayed.

The National Highway Traffic Safety Administration has initiated two more special crash investigations into incidents that involved Tesla electric vehicles, and where the company’s advanced driver assistance systems are thought to have been a factor in the crash.

Tesla offers a standard driver assistance package called Autopilot in all its new cars today. It also sells additional features in a package marketed as Enhanced Autopilot or Full Self-Driving in the U.S., which costs $15,000 or a $199 a month. The company also allows some owners to access features that have not been fully debugged under its FSD Beta program, and to test these features on public roads.

None of the company’s cars are autonomous yet, and no vehicle maker is selling a driverless car today in the U.S. Tesla CEO Elon Musk told shareholders a self-driving Tesla would capable of a cross-country demo drive without human intervention by the end of 2017, but the company has never completed that demonstration.