You may have heard that UK CPI is over 11% in the current reading. A 41 year high.

And if it weren’t for the UK government subsidising energy costs to consumers (which we will pay for later in tax), the CPI number would have been nearing 16% and RPI would be higher still.

With rates at 3% and an insane housing bubble beaten only by Canada, Australia, Taiwan and Hong Kong, there is a lot of room for problems ahead in the UK if rates rise to match inflation levels. I am certainly not investing in UK banks & housebuilders… in 2008 they dumped 90%. We are only 50% down, so there’s another 80% drop ahead if history repeats.

It will get even more interesting as rates go up. RPI is tied to mortgage payments, which rise with interest rates. Real rates are therefore currently around -8 to -11%.

Somehow though the pound has rallied recently. I don’t think that will last. Actually I think anyone holding pounds right now has lost their mind.

Inflation in some parts of Europe is even worse. Italy, Netherlands. Ukraine and surrounding EU countries are seeing 20-30% inflation. 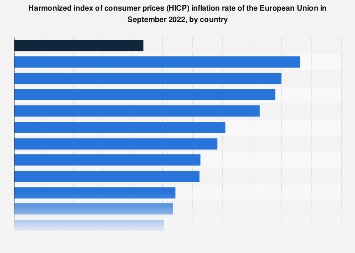 Inflation in Ukraine is 23% and expected to rise to 30% by year end.

However, in fairness, average inflation in Ukraine between 1995 and today is 30%…

The US treasuries 10y-3m inversion is now very near to a 40 year record. At -0.65 it’s worse than any point around the GFC. The dotcom crash had a slightly stronger maximum inversion of -0.77. 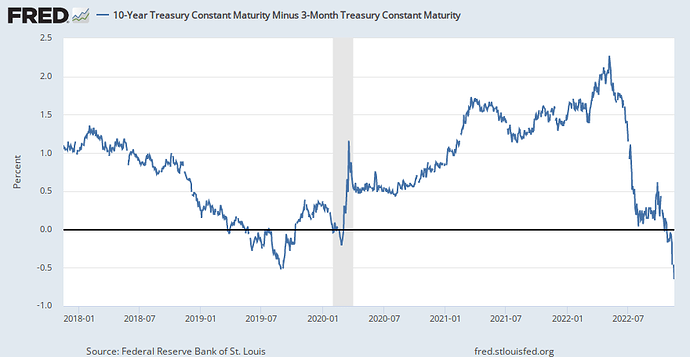