“Emperor of all Maladies: A Biography of Cancer”

“Emperor of all Maladies: A Biography of Cancer,” by Siddhartha Mukherjee, Thorndike, Detroit, 2010. This 873-page hardback tells the story of cancer. Cancerous tumors have been known from ancient times. They are found in mummies. Removal by surgery was known from long ago, but became practical after the invention of anesthesia and development of sterile surgery.

The book is especially detailed on breast cancer. Treatments are discussed including the radical mastectomy and the evolution to lumpectomy. Chemotherapy especially of leukemia, lymphoma, and others are included. The fight against smoking and lung cancer is described, and the Ames test for detection of carcinogens. And research that resulted in more effective treatments. Creation of the American Cancer Society, the National Cancer Institute, and Nixon’s war on cancer are covered.

Leukemia is cancer of white blood cells. Sidney Farber is the father of chemotherapy. His efforts began with folic acid, a factor in the anemia of the undernourished. Farber tried it as a treatment for leukemia, but found that it accelerated the disease. He then tried folate antagonists developed by Lederle, subsidiary of American Cyanamid. Aminopterin was the first successful treatment in 1947. Remission lasted only a few months.

Surgery to remove tumors was known from early times. Anesthesia with ether was discovered in 1846 in Boston. Joseph Lister learned to protect surgical wounds from infection using carbolic acid as a disinfectant in 1867. Breast surgery was described in 1869. Surgery was the dominant treatment for cancer from 1850 to 1950. Radical mastectomy is the invention of William Halsted of John’s Hopkins University. From the 1890s the method was used to reduce spread by removing lymph nodes as well as breast tissue. It was disfiguring but achieved a drastic reduction in recurrence. Of 76 patients, 40 survived more than three years.

Aniline dyes were discovered in 1856, and Germany came to dominate the industry. In 1878, Paul Ehrlich noticed that dyes stained microorganisms. He found one useful as an antibiotic for sleeping sickness. Looking for magic bullets to treat disease, in 1910 he found Salversan was effective against syphilis. Mustard gas used in World War I later became a model for chemotherapy. In 1951, 6-mercaptopurine, 6-MP, was used for acute lymphoblastic leukemia. Remissions began in a few days but lasted only a few weeks.

Farber envisioned funding cancer research with an organization similar to the March of Dimes. In 1947, Bill Koster of the Variety Club of New England helped found the Children’s Cancer Research Fund. Einar Gustafson became Jimmy, its poster child. A new clinic building was completed in 1952.

Mary Lasker became the force behind the American Cancer Society. It had been the American Society for the Control of Cancer in New York. Under Lasker’s leadership, it changed its name in 1945. Its focus shifted to raising money and publicity.

The National Science Foundation was created in 1950. In 1955, lobbying Congress resulted in the National Cancer Institute beginning a program to find chemotherapeutic drugs. Actinomycin D, an antibiotic discovered by Selman Waksman, was toxic but was effective on tumors in mice. It treated a kidney cancer known as Wilms’ tumor. A combination of x-rays and actinomycin gave improved results. In 1957, methotrexate and 6-MP increased leukemia remission to 45%.

In 1956, researchers at NCI worked to treat choriocarcinoma, a cancer of the placenta. Antifoliates were effective. After chemotherapy the tumors had shrunk, but a marker was still elevated. Continued chemo reduced relapse resulting in the first chemotherapeutic cure of cancer in adults.

Vincristine from Eli Lilly became available in 1960. It killed leukemia cells in small doses. A multiple drug treatment known as VAMP employed methotrexate, prednisone, 6-MP, and vincristine. This strategy was borrowed from treatment of tuberculosis, where multiple drugs was more effective at total control, rather than leaving some to rebound. Chemotherapy typically killed a fixed percentage of cells. Results were better, but patients rebounded from cells protected by the blood brain barrier.

In 1910, a virus, Rous sarcoma virus, or RSV, was found to transmit cancer in chickens. Other viruses that caused cancer in cottontail rabbits or leukemia in mice were discovered in the 1930s. In 1958, Epstein-Barr virus or EBV, a lymphoma virus was discovered in Africa. HPV was found to cause some cancers in 1983.

In 1970, President Nixon announced a war on cancer. His National Cancer Act provided $1.5B for cancer research over three years. After chemotherapy, bone marrow transplant was used to recover function and produce normal blood cells.

Cisplatin was added to the arsenal in 1976. BVP trials for treatment of metastatic testicular cancer were begun in 1974. NCI soon added Taxol and Adriamycin in 1969. Chemo of solid tumors had some success. Burkitt’s lymphoma yielded to a cocktail of seven drugs. Treatment of metastatic lung cancer extended survival by 3 to 4 months; colon cancer, 6 months; breast cancer by 12 months.

In 1927, Charles Huggins of the University of Chicago began the study of prostate cancer. He used estrogens like DES or Premarin to block testosterone. Remissions lasted for several months. Removal of ovaries shrank breast tumors. Tamoxifen discovered by ICI in 1962 was an estrogen antagonist. In a trial in 1969, ten patients treated with tamoxifen had tumors shrivel. Lung metastasises shrank. Lymph nodes softened. Many later relapsed. Some tumors had estrogen receptors and some didn’t.

The story of soot wart, the first chemical carcinogen is described. Cancer of the scr@tum was found in the chimney sweeps of London in 1713. In 1761, it was reported that snuff caused lip, mouth, or throat cancer. Cigarettes were invented in 1855. That smoking caused lung cancer was first reported in 1948. In 1961, the American Cancer Society, the American Heart Association, and the National Tuberculosis Association asked President Kennedy to appoint a commission to study the matter. Kennedy assigned Surgeon General Luther Terry. He appointed a committee that included Louis Fieser, an organic chemist from Harvard. Their report was issued Jan 11, 1964.

In 1967, a complaint to the FCC noted that a New York TV station was not providing equal time to anti-tobacco commercials. A court agreed and the Supreme Court refused to hear the case. In a 1983 lawsuit, Marc Edell, a New Jersey attorney, insisted he needed to know what tobacco companies knew about smoking risks. A master settlement agreement was reached with the tobacco industry in 1998.

The Ames test is described. It was developed in the sixties to screen chemicals for their ability to cause cancer by altering genes. Hepatitis B virus was found to cause liver cancer. It was transmitted by blood transfusions. H. Pylori, a bacteria, was found to cause gastric inflamation, which can lead to cancer.

In 1952, the Pap smear was used to detect precursors to cervical cancer that was easily treated. Mammography to detect early breast cancer had its origins in 1913. In 1988, after 12 years of trials, a study concluded after age 55 mammography reduced breast cancer deaths by 20 percent.

Autologous bone marrow transplant (ABMT) was developed in the 1980s to allow more vigorous chemotherapy and then transplant the patients own bone marrow to resume production of normal blood cells. This extended chemotherapy for solid tumors of the breast and lung. The treatment was known as STAMP for Solid Tumor Autologous Marrow Program. In 1999, STAMP was found to give no added benefit. ABMT cured some lymphomas.

Traditionally it was known that DNA produced RNA which in turn produced proteins. In 1960, it was discovered that some viruses can reverse the process from RNA to DNA. These are retroviruses. HIV is a retrovirus.

Between 1970 and 1994, cancer deaths overall increased slightly. Colon cancer deaths were down by 30%; cervical and uterine cancer by 20%. But lung cancer increased. In men lung cancer peaked in the 1980s, but in women the rate continued to increase as women began smoking later.

In 2005, the mortality of major cancers continued to decline. Lung, breast, colon, and prostate rates all declined over a 15 year period. Lung cancer was due to reduced smoking. Colon and cervical cancer to improved screening. Leukemia, lymphoma, and testicular cancer from better chemotherapy. Breast cancer mortality fell by 24%.

RSV caused cancer was traced to one gene, src, an oncogene. Other oncogenes were soon identified. In 1986, trans-retinoic acid was the first drug to treat an oncogene. It was used to treat APL and gave extended remission when combined with other drugs.

Her-2 was identified as an oncogene for breast cancer. Some cancers were amplified by it; some were not. Positive cancers were more aggressive. Genentech came up with an antibody for Her-2 now called Herceptin in 1990. Trials were promising.

In 2004, studies investigated claims that cell phone usage resulted in gliomas. No association was found. In the 1990s, BRCA-1 and BRCA-2, breast cancer genes were discovered. Those with BRCA-1 have a 50 to 80% chance of developing breast cancer.

This book presents a thorough history of cancer discovery, research and treatment through 2010. New drugs are described. Lack of an index is a significant limitation. References. No index.

Many players, but Bristol Myers Squibb and Roche appear to be the leaders.

Lederle, subsidiary of American Cyanamid: merged with American Home Products in 1994. The combined company sold off most of its lines of business except pharmaceuticals, adopted the name of its remaining Wyeth division, and was bought by Pfizer in 2009, becoming defunct as a separate concern.
Aminopterin: marketed by Lederle Laboratories (Pearl River, New York) in the United States from 1953 to 1964 for the indication of pediatric leukemia. The closely related antifolate methotrexate was simultaneously marketed by the company during the same period. Aminopterin was discontinued by Lederle Laboratories in favor of methotrexate due to manufacturing difficulties of the former.
Salvarsan: supplanted as treatments for syphilis in the 1940s by penicillin.
6-mercaptopurine, 6-MP: sold under the brand name Purinethol. Manufactured for: GATE PHARMACEUTICALS div. of Teva Pharmaceuticals USA Sellersville, PA 18960 Manufactured by: DSM Pharmaceuticals, Inc. Greenville, NC 27834
Actinomycin D
methotrexate: antifolate marketed by Lederle
Vincristine from Eli Lilly. (brand names: Oncovin, Vincasar PES, Vincrex) Until recently, two generic drug makers were suppliers of vincristine in the United States: Teva and Pfizer. In 2019 Teva stopped producing vincristine, leaving Pfizer as the only company in production. Teva has said that they will restart production, and expect it to be available in 2020.

Thank you for your excellent book report of an important, wonderful book.

I suggest that you watch the PBS TV special, since Dr. Mukherjee adds information that was discovered after the book was published. As a breast cancer survivor, this is all relevant to me. 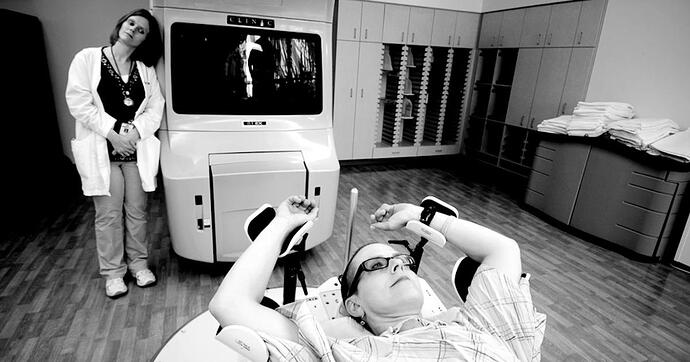 Cancer: The Emperor of All Maladies | PBS

A story of human ingenuity and perseverance but also of hubris and misperception.

Thanks for the suggestion, Wendy. Maybe that’s how the book got on my reading list.