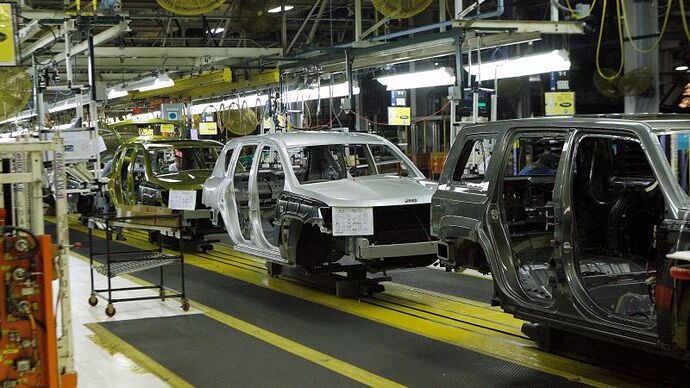 Stellantis is shuttering its Illinois plant in February resulting in indefinite layoffs for 1,350 employees, the company said in a statement, citing increasing costs in the electric vehicle market.

Every EV sold is one less ICE vehicle. Ie, declining market share. Some think EVs are the future but with everyone adding capacity some think a price war is coming.

Traditional car companies need to make EVs to survive but its a good time to be cautious. Some will lose money at it.

The company seems to have been content to let the non-grand Cherokee wither for years. A union official says he saw an internal company document that says Cherokee production will move to the plant in Toluca, Mexico, but nothing official from the company. So, if you want a Jeep, but a bit bigger than a Compass, you have to koff up a lot more money, for a Grand Cherokee, which starts at over 40 large.

“Stellantis, the world third-largest carmaker, launched hydrogen-powered mid-size vans late last year and aims to expand its hydrogen offer to large vans in Europe in 2024 and in the U.S. in 2025, “while further exploring opportunities for heavy-duty trucks”.”