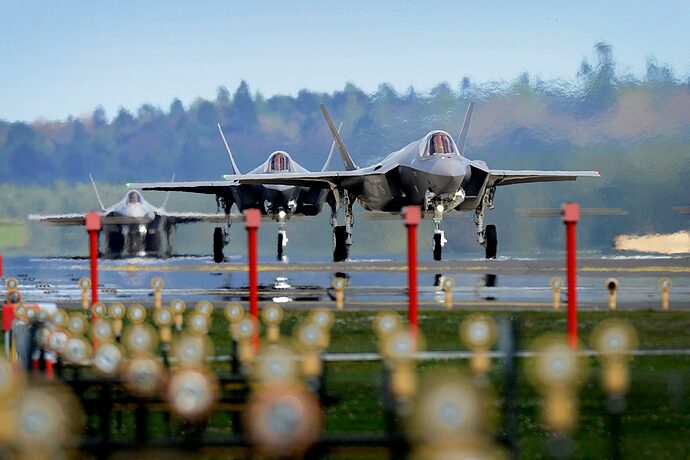 A faulty engine caused the $1 trillion boondoggle fighter to crash during a quality check.

“A source familiar with the program told Defense News the investigation into the Dec. 15 mishap found that a tube used to transfer high-pressure fuel in the fighter’s F135 engine, made by Pratt & Whitney, had failed.”

Problems relating to the F-35’s engines are nothing new. A Government Accountability Office (GAO) report from April 2022 revealed that Pratt & Whitney delivered only six of 152 F-35 engines on time in 2021, “primarily due to quality issues that required resolution before engines could be accepted by the government.”

The F-35 aircraft additionally has been mired in other major problems. Dan Grazier wrote for RS in March that a non-public 2021 Pentagon’s Director, Operational Test & Evaluation testing report “showed that engineers are still trying to correct 845 design flaws. Their challenge is compounded by the fact that new problems are discovered almost as fast as the known flaws are fixed.”

Beyond consistent quality issues, the F-35 is also among the most expensive Pentagon programs ever.

Yup. The F-22 program was cut short, due to cost, but LMT covered all it’s “development” costs, plus profit. Seems Lockheed has developed it’s contract milking abilities to a much higher level since then. iirc, the F-35 took some 20 years of “development” before it was finally deployed. The F-16 went from response to an Air Force RFP, to deployment in 6 years.