From the World Economic Forum 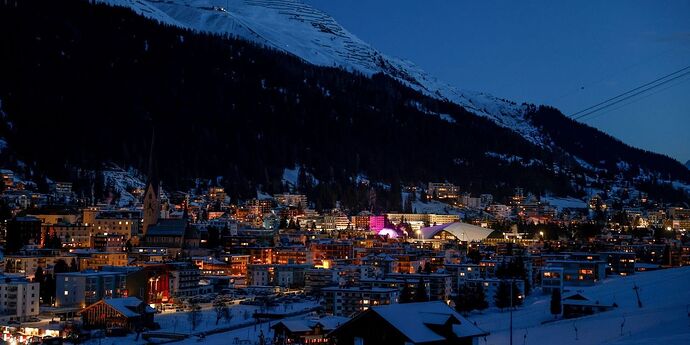 At Davos, Mood Is Somber as Many CEOs Question Economic Outlook

Business leaders at the World Economic Forum worry about a possible recession, even as some see reason for optimism.

At Davos, Mood Is Somber as Many CEOs Question Economic Outlook

Business leaders at the World Economic Forum also see signs of hope: ‘There are all kinds of shoes that could have dropped’

…
Business leaders and economists gathered here for the World Economic Forum’s annual event say they see the world buffeted by high inflation—and high interest rates that central banks have pushed through to combat it. That has created a threat of recession, and led some of the world’s biggest companies to hold their breath—and their spending—ahead of an uncertain year.

Yet, some see reasons to think rising inflation, sparked in part by Russia’s invasion of Ukraine, has peaked. That could, as some business leaders hope, presage a soft economic landing. Alternatively, another rise in interest rates could lead to a more prolonged downturn…

Business leaders also are watching a handful of risks that could reset their calculus. Those include the potential for conflict between China and the U.S. over Taiwan and the possibility of an impasse in the divided U.S. Congress over raising the country’s debt ceiling—threatening a U.S. government default…

“If you talk to people on Wall Street who are 35 years and younger, they think it’s the end of the world,” Mr. Bergman said. “You talk to people 50 and over, we’ve been through this many times.”… [end quote]

This is a sort of neutralish report. Business leaders are worried about possible recession but aren’t fearful of a deep recession. The risks are well-known.

U.S. inflation has been stabilizing. The Fed will slow its increases in the fed funds rate. Customers are nervous. Some companies are laying off employees but not massively. China is opening.

I am encouraged by this report. I like neutrality. The bubble is subsiding but the gloom is fairly mild. I think the next 6 months will create a solid foundation for a stabilization of interest rates and a soft landing followed by recovery.

The next 6 months will hopefully be neutral to slightly gloomy, but that’s to the good. Assuming nothing bad happens to derail the trend.
Wendy

That is very dependent on being a response to fiscal policy. Ideally the US optimizes GDP growth instead of foolish corrupt cronyisms.