DJ, NYSE, and now also the S&P have breached their June lows.

As for Treasuries, well (not my chart): 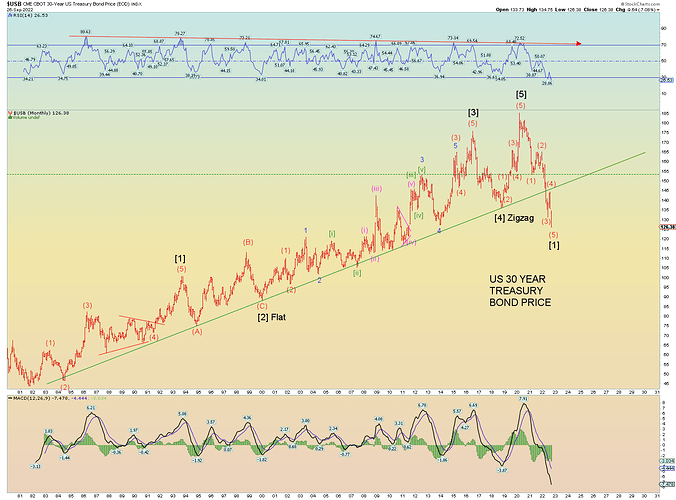 Some commentators are in a rush to see the bottom this year.

Looking at the diagonal and the day so far is up getting to the bottom is going to drag on very painfully for some. But again late winter early spring 2023. Why rush a fat opportunity?

Back at that chart, the bottom is a long way down.

edit my mistake that is the 30 year. I was talking equities. I was wondering before I zoomed in how the end point was so high up. The FED is going to crush the bond market. Ironically the BOE is bailing out their bond market. The BOE is also getting it wrong. Idiots. It is taking work for the FED to crush the US bond market.

The trend is your friend, till the bend at the end.

What’s the current trend on the SP500 and other markets, and economic outlook?

I don’t think it’s bendy, at present. I think you are right. What’s the rush?

There was an interesting article in the Financial Times, which compared economic forecasts made in a top-down (macro data) way as opposed to bottom up (aggregating all the individual analyst projects for each company’s earnings).

They are a mile apart! And the reason is that many company analysts are still forecasting e.g. 20-30% growth in earnings for the next 2-3 quarters. Which is insane. These forecasts are not yet updated for reality, but reality will update them itself soon enough.

In short, business forecasts currently being used to price the market, are showing absolute blindness to the end of the business cycle.

As forecasts (or actual earnings) ‘update’, I think it will continue to apply pressure in a downwards direction [A].

[A] A practical example: Apple is cancelling expected production runs for the iphone 14 due to lower than expected sales (with knock on effects on suppliers, such as TSMC).

John Mauldin edited a book called “Just One Thing” long ago [A], which had an essay by Gary Shilling called “The Long Bond”.

Haven’t read it in many years, but his essay was basically saying: the long-term trend is that rates get lower and lower, its unstoppable, and that buying long-term government bonds is a smart play. For example, a free-to-read follow up in 2016: 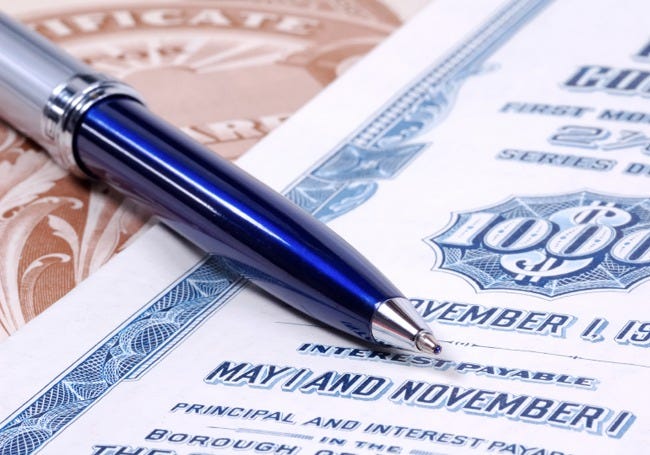 In 1981, as inflation and Treasury yields were screaming to new heights, my good friend Gary Shilling announced, “We’re entering the bond rally of a lifetime.” He was right. That bond rally is already 35 years old, and I think it will continue. Gary...

The last part of this graph basically shows the danger of that view.

[A] Just One Thing: Twelve of the World's Best Investors Reveal the One Strategy You Can't Overlook | Wiley