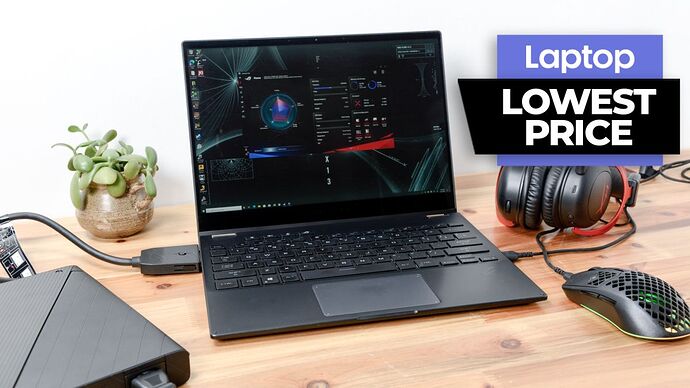 Asus is known for making the best gaming laptops on the market, and the Asus ROG Flow X13 is no different. This 13-inch portable powerhouse packs plenty of heat under the hood: an AMD Ryzen 9 6900HS CPU, RTX 3050 Ti GPU, 16GB DDR4 RAM, and a 1TB SSD. Oh, and not to mention its optional proprietary connector to use an RTX 3080-armed ROG XG Mobile external GPU to boost its performance even further.

In our Asus ROG Flow X13 review, we were blown away by its head-turning, versatile design, great gaming and overall performance, and excellent battery life. It gives gamers versatility, power, endurance, and innovation in one gorgeous chassis, and even though its 13.4-inch (1920 x 1200) 120Hz touch display could be brighter, it still doesn’t disappoint.

The AMD Ryzen 9 CPU tears through almost all tasks with ease and the RTX 3050 Ti packs the graphical prowess to tackle most games at high detail with a smooth 60 fps. What’s more, the ROG Flow X13 in this deal comes with a next-gen Ryzen 9 6900HS processor, meaning you can expect even greater performance than the one in our review.

In fact, outside of our criticism of the keyboard size (shock: it’s a 13-inch laptop), the only problem we had was its price, which has now been resolved with this discount! 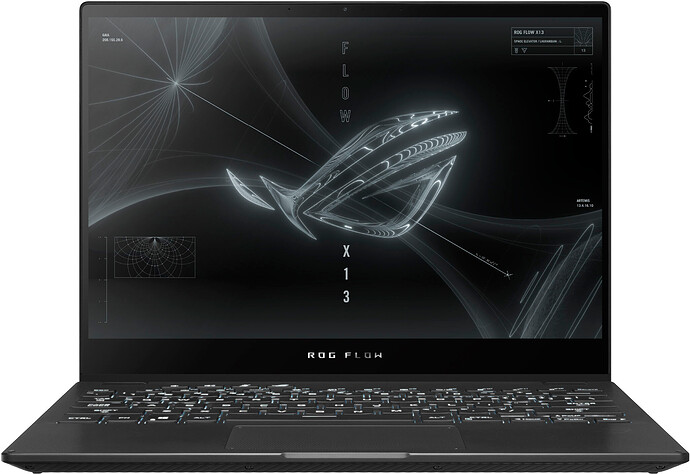 This may well get me to finally pull out the credit card. Money’s a little sideways right now but still…

My only concern is whether the HS will run hot in a 13 inch body. But for the varieties of work I do, and limited gaming to entertain my kid, as long as I can swap in a 2TB or larger SSD (that I already have in my existing machine) I’m good! I wish it had an AMD discrete graphic chip instead of Nvidia because loyalty but so what?

(I was thinking I’d want a 2-in-1/convertible tablet but I bought a chromebook tablet that more than satisfies that need, so now… yum.)

Speaking of the web browsing PC for about $180 I am also going to pick up a B450 motherboard and some RAM to install the 1800x on the PC used mostly for web browsing and streaming. This will upgrade that PC from an old AMD FX CPU to the 1800x. Should work great for that level of low intensity use for another 2-4 years.

I feel like I have more than gotten my money’s worth out of that 1800x (5+ years). Currently the 1800x has a 5600XT GPU paired with it and my son and I are able to play any game we want at 80-200 fps on a 1440p monitor. Games have not yet caught up to the higher levels of performance now available on the PC. I don’t expect this to last much longer, hence the goal of building a brand new PC on Zen 5.