Quite a price drop on a ThinkPad!

Just saw this ThinkPad from Lenovo at 63% off. Now only $1049. Great deal for good specs, though it still has soldered RAM, no discrete graphics card and only a 1920x1200 display (EDIT: and actually, the display looks pretty lousy at this price point!). I wonder if it has a locked down too aggressive fan policy like the IdeaPad I bought.

The bane of my existence… non-upgradeable machine

The other wrinkle in upgradability lately is I find the SSD… not that they aren’t replaceable but at least in one system I was looking at (an ASUS ROG Flow X13) the SSD is 30mm instead of the normal 80mm size and you can’t get anything over 1TB without paying an astronomical price.

Have a look at this system: 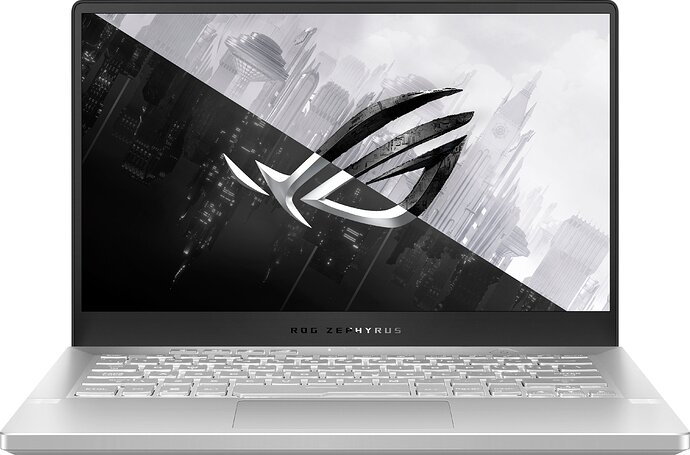 This is my current leaning. It’s a 5000-series Ryzen 7 but it has a 6GB VRAM NVidia graphics adapter, it has 8GB on the mainboard soldered but a socket that can take 8, 16, or I think 32GB DIMM for a memory upgrade, and it takes a “normal” 80mm SSD for upgrade. $899 when I found it. (I have a 2TB SSD handy from a year ago that I would use for an immediate upgrade, and I think even memory I have on hand can be dropped in to get to 24GB.)

There’s a newer model in this series with a 6000 series CPU and I think AMD graphics but that’s DDR5 so I can’t use my existing RAM, and it’s several hundred dollars more. Hard for me to defend the spending to myself vs. other things I can do with the money. It won’t materially extend the life of the machine, I think.

I think I may finally buy a laptop this weekend, then.

Looks pretty nice. I was wondering about those systems - like this one - that have soldered RAM but also a replaceable RAM socket. Is no longer true that you need to have the same amount of RAM in both sockets in order to get the most benefit from dual channel RAM configs?

“Is no longer true that you need to have the same amount of RAM in both sockets in order to get the most benefit from dual channel RAM configs?”

I have wondered about that, a lot. I don’t have an answer, though.

I did a little research on this and the consensus is that it matters in high performance machines doing more difficult operations. Some of the articles suggested that it is not an issue with most laptops…doc