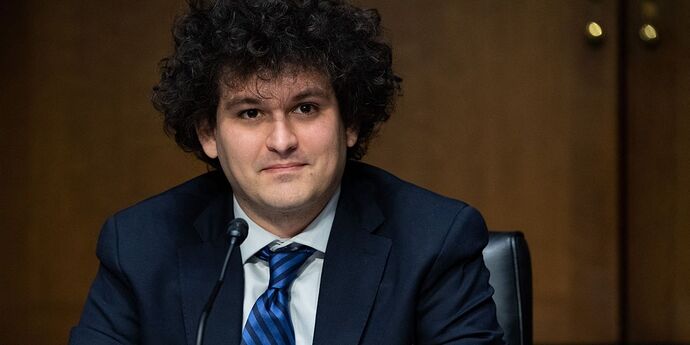 Also: inflation and the rebounding market, the ascent of semiconductor stocks, and planning for retirement.

The sudden collapse of FTX, the world’s third-largest cryptocurrency exchange, underlines how important it is for any investor to learn about the risks they take when they park their money with a lightly regulated firm.

FTX and its affiliate companies filed for bankruptcy Nov. 11. The company’s founder, Sam Bankman-Fried, resigned his position as CEO and was replaced by John J. Ray III, a lawyer who has worked on the bankruptcies of Enron, Nortel Networks and many other companies.

Bankman-Fried is staying on with FTX “to assist with an orderly transition,” according to a press release. 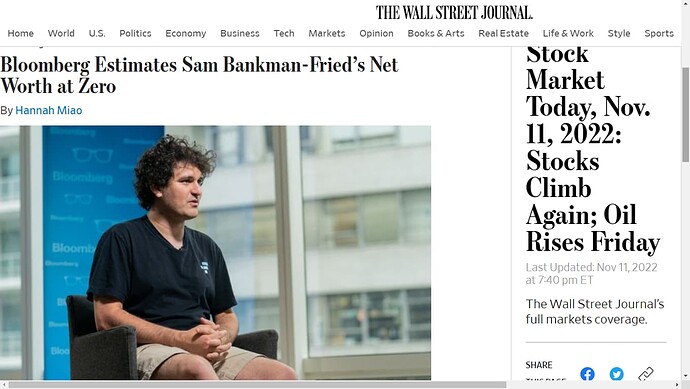 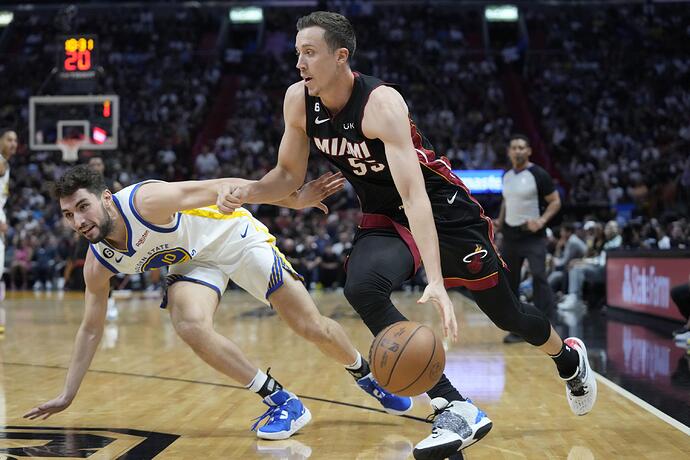 MIAMI (AP) — The arena where the Miami Heat play will soon have a new name, after the team and Miami-Dade County decided Friday to terminate their relationship with FTX on the same day the cryptocurrency exchange filed for bankruptcy . 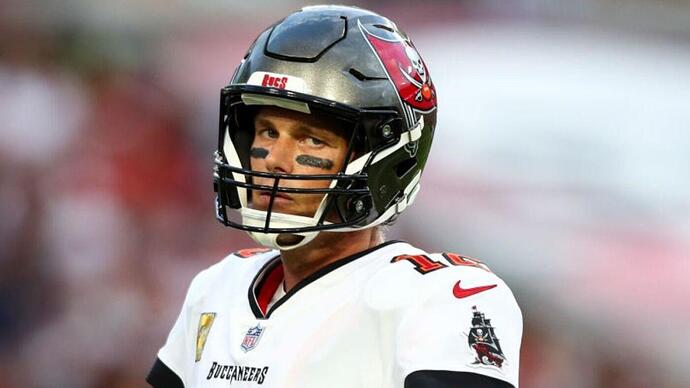 Several sports figures are major investors in FTX, which has filed for bankruptcy

The Con Behind The Crypto Blood Bath – Dirty Secrets Revealed 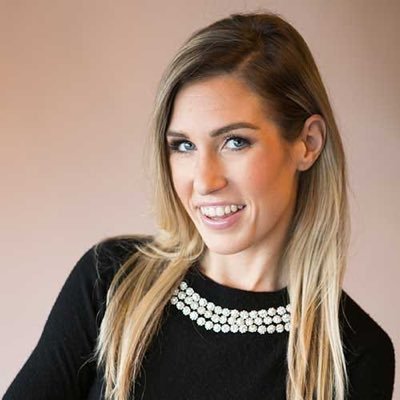 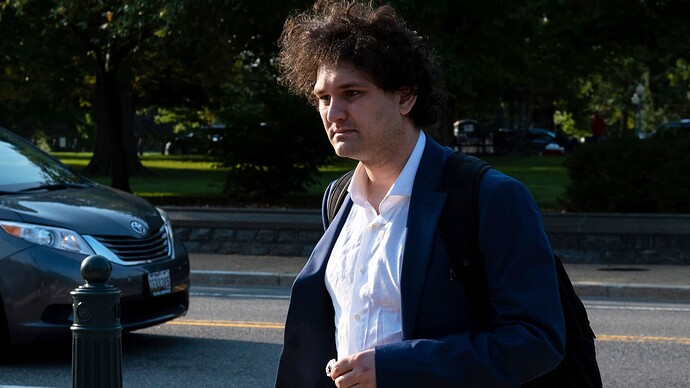 Sam Bankman-Fried told Reuters he is still in the Bahamas, as rumors swirled overnight that the ex-CEO of the now-bankrupt FTX had run off to South America.

@GRDecter
Here are 4 movies to watch to brush up on fraud and understand the FTX saga better: https://t.co/W89DM2KKDo 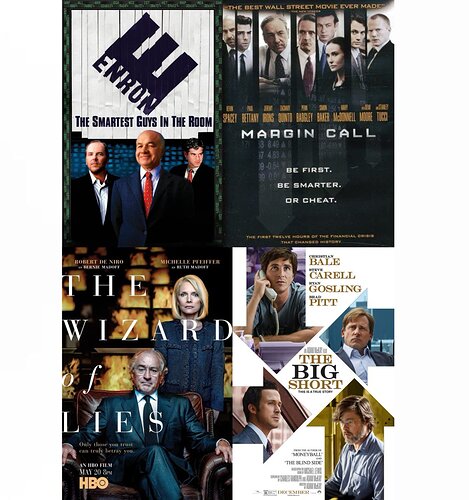 The “best of” coins and tokens are recovering nicely today on yesterday’s disastrous news. I am surprised: On Tuesday, Binance signed a letter of intent to purchase its troubled competitor, FTX, in what appeared to be a potential bailout of the latter amid a liquidity crunch. But just a bit over 24 hours later, that plan crumbled. Binance backed out after reviewing the company’s structure and books, it said in a statement to the Wall Street Journal. “Our hope was to be able to support FTX’s… 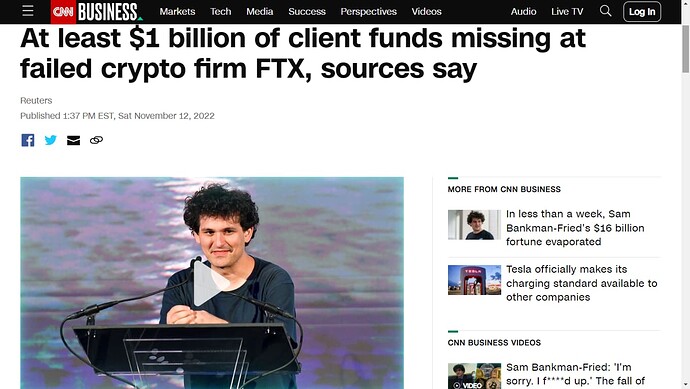 “We didn’t secretly transfer,” he said. “We had confusing internal labeling and misread it,” he added, without elaborating.

FTX and Alameda did not respond to requests for comment.

In a tweet on Friday, Bankman-Fried said he was “piecing together” what had happened at FTX. “I was shocked to see things unravel the way they did earlier this week,” he wrote. “I will, soon, write up a more complete post on the play by play.”

This first comment in his thread made me laugh out loud: 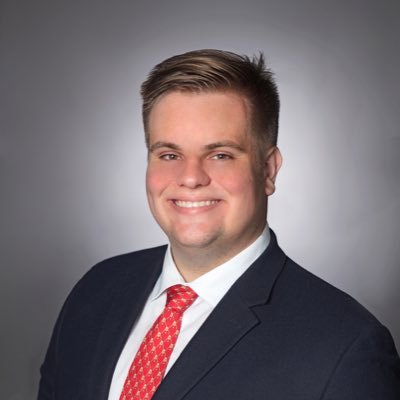 @BennettTomlin
The smartest venture capitalists in Silicon Valley: “oh my god he’s never read a book and he’s playing video games while meeting with us, he’s going to be a trillionaire clearly” 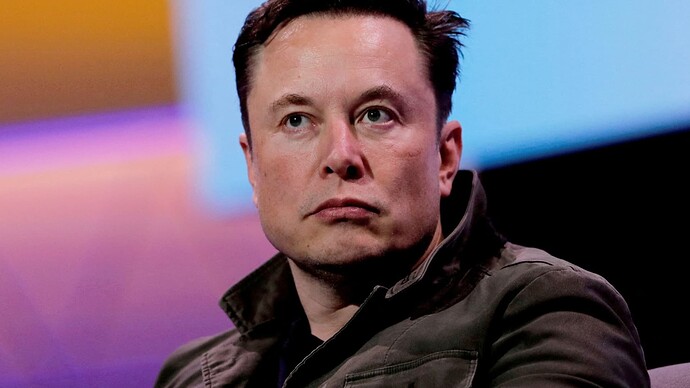 From Elon Musk to Sam Bankman-Fried, a bad week for market geniuses, but was...

Elon Musk and Sam Bankman-Fried may be geniuses, but once again the governance risks of talented founders and CEOs left unchecked have been laid bare. 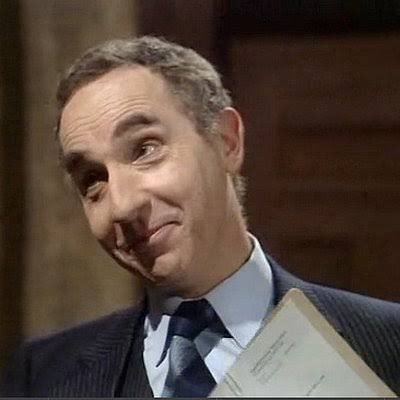 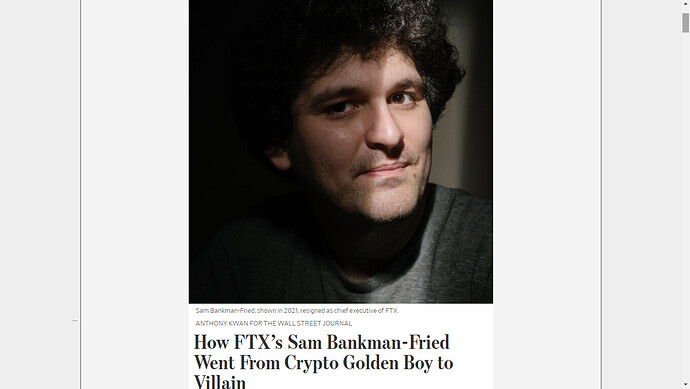 As recently as last month, Mr. Bankman-Fried was boasting about his plans for expansion. He was in talks with investors for fresh cash to pursue “efficient acquisitions,” he said at the Journal’s Tech Live conference. He said FTX was already well known among crypto pros; he was interested in buying something that would get more mom-and-pop traders on board, he said.

And after previously criticizing bad actors in crypto, Mr. Bankman-Fried is himself facing federal probes. He has described the decision to use customer funds as a poor judgment call, according to someone close to the matter.

In traditional finance, regulators require brokerages to segregate customer funds from any capital they use for trading. But in the Wild West of crypto, the rules are murkier. It wasn’t immediately clear what legal consequences Mr. Bankman-Fried or FTX might face for the loss of customer funds.

I’ve made a lot of investing mistakes over the years, but fortunately I never saw the attraction of crypto (as used as a store of value)… seemed too likely to be a scam. 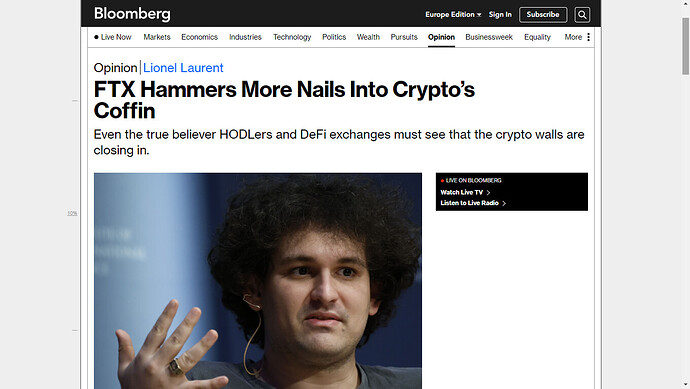 The madness of what went on inside FTX is draining confidence daily, with new boss John Ray painting a picture of a financial black hole rife with emoji-approved payments, unaudited loans and little oversight beyond ex-billionaire founder Sam Bankman-Fried — whose bizarre and incriminating tweets about missing customer funds won’t help his cause as prosecutors and regulators investigate. Only a “fraction” of FTX digital assets have been located, deflating hopes of customers recovering their money.

As counterparties in FTX’s epic web of relationships scramble to size up their exposure, and customers across the industry rush to yank their funds, the crypto rhetoric of technological disruption and financial freedom rings hollower than ever. The billionaire Winklevoss twins’ Gemini Earn crypto lending product once offered depositors 8% returns and “an investment in their future selves” — now redemptions have been halted after its partner revealed funds that were stuck with FTX.

Promises of fresh funding lines for the sector from the likes of Binance are unlikely to calm nerves when there’s so much interconnectedness. Lending platform BlockFi — which only this summer was thrown a supposed lifeline by FTX — is expected to declare bankruptcy within days. Even if Bitcoin is hovering at $16,000-$17,000, down 75% from the peak but still some way from zero, money is being taken out of the system and may never return. Analysts at research firm Kaiko note that market liquidity has dropped more than during any previous peak-to-trough decline.

More from the Bloomberg story above:

As counterparties in FTX’s epic web of relationships scramble to size up their exposure, and customers across the industry rush to yank their funds, the crypto rhetoric of technological disruption and financial freedom rings hollower than ever. The billionaire Winklevoss twins’ Gemini Earn crypto lending product once offered depositors 8% returns and “an investment in their future selves” — now redemptions have been halted after its partner revealed funds that were stuck with FTX.

Promises of fresh funding lines for the sector from the likes of Binance are unlikely to calm nerves when there’s so much interconnectedness. Lending platform BlockFi — which only this summer was thrown a supposed lifeline by FTX — is expected to declare bankruptcy within days. Even if Bitcoin is hovering at $16,000-$17,000, down 75% from the peak but still some way from zero, money is being taken out of the system and may never return. Analysts at research firm Kaiko note that market liquidity has dropped more than during any previous peak-to-trough decline.

As for interest from outside crypto land, the gap between what FTX’s financial backers thought they were doing and the reality is now so huge that it’s probably near-fatal for the sector’s future as an investing mega-trend. Whatever due diligence was done failed to grasp this was not a picks-and-shovels tech bet but a Bahamas-based offshore firm doing everything from operating its own token to offering leveraged trading. It’s grimly ironic that the one mention of “software” by FTX’s Ray in his bankruptcy filing was of a program designed to conceal the misuse of customer funds. 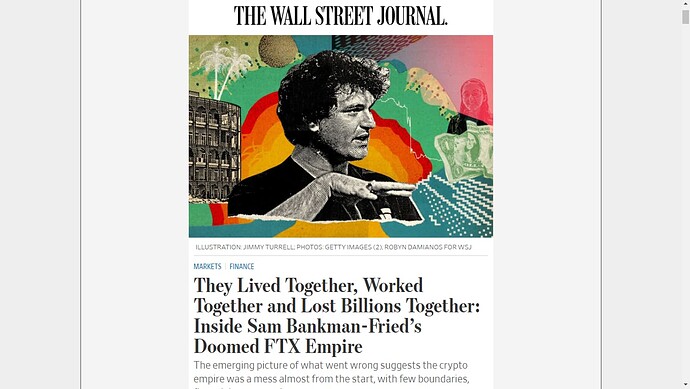 The emerging picture suggests FTX wasn’t simply felled by a rival, or undone by a bad trade or the relentless fall this year in the value of cryptocurrencies. Instead, it had long been a chaotic mess. From its earliest days, the firm was an unruly agglomeration of corporate entities, customer assets and Mr. Bankman-Fried himself, according to court papers, company balance sheets shown to bankers and interviews with employees and investors. No one could say exactly what belonged to whom. Prosecutors are now investigating its collapse.

Mr. Bankman-Fried’s companies had neither accounting nor functioning human-resources departments, according to a filing in federal court by the executive brought in to shepherd FTX through bankruptcy. Corporate money was used to buy real estate, but records weren’t kept. There wasn’t even a roster of employees, to say nothing of the terms of their employment. Bankruptcy filings say one entity’s outstanding loans include at least $1 billion to Mr. Bankman-Fried personally and $543 million to a top lieutenant. 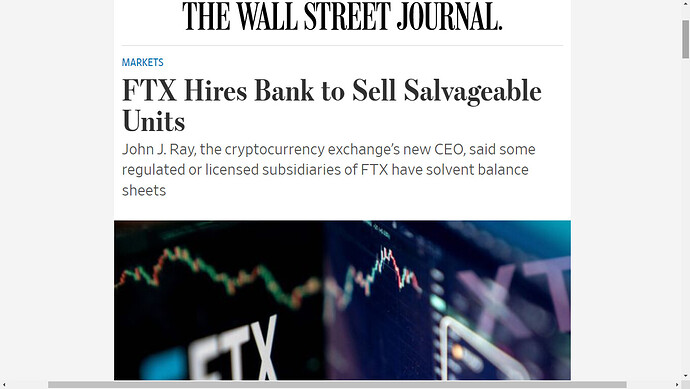 A statement released Saturday from John J. Ray, the company’s new CEO, struck a slightly more optimistic tone about the possibility of recovering assets compared with his previous dour assessment. On Thursday, the veteran bankruptcy executive said he had never seen anything as bad as FTX in 40 years in the restructuring business.

“We are pleased to learn that many regulated or licensed subsidiaries of FTX, within and outside of the United States, have solvent balance sheets, responsible management and valuable franchises,” said Mr. Ray, who was hired to oversee the company during its bankruptcy process, on Saturday.

The filing identified 216 bank accounts with positive balances, offering the possibility that there was some value left in FTX’s wreckage for creditors to recover. It verified account balances worth about $564 million, according to the Saturday filing. Much of that money, however, is either held in outside entities that directly filed for bankruptcy protection or is considered restricted cash, meaning others may lay claim to it.

It’s as though he were one of Elon Musk’s or Donald Trump’s illegitimate sons: 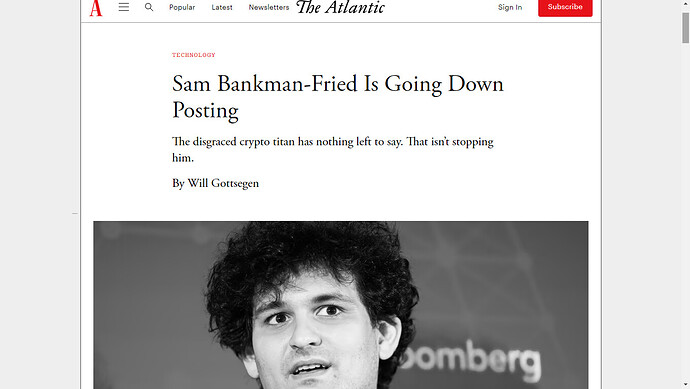 But as Bankman-Fried’s empire lay smoldering and regulators began closing in, the man once considered the friendly face of crypto apparently figured he should just tweet through it. Over the course of the next 48 hours, that lone “What” was followed by a pattern of numbers and letters—first “2) H,” indicating the beginning of a thread, then “3) A,” then “4) P”—until a mesmerized public began to wise up. At some point, it seemed, Bankman-Fried would attempt to explain “what H-A-P-P-E-N-E-D” at FTX.

Except he didn’t, really. Instead, Bankman-Fried, or SBF, as he is known, has spent the past two weeks brazenly chattering his way through the chaos, using a combination of breathless apologies, cryptic poetry references, and unnervingly casual conversations with journalists to hammer in what FTX’s debtors had already learned: that in spite of his trustworthy facade, Bankman-Fried still doesn’t really understand the gravity of his situation.

It doesn’t take a brilliant legal mind to know that if you’re under any kind of scrutiny for crimes you may or may not have committed, the best course of action is to essentially shut up, lest you further implicate yourself. SBF has taken the opposite tack, granting at least two interviews to journalists. In the first, for The New York Times, Bankman-Fried announced that he was still sleeping pretty well despite the turmoil. “It could be worse,” he said, before adding that he’d been spending recent days unwinding with video games. Here was Bankman-Fried attempting to remind readers that he’s still the same old guy—the implication being that maybe he was just naive after all. (Bankman-Fried did not respond to a request for comment.) 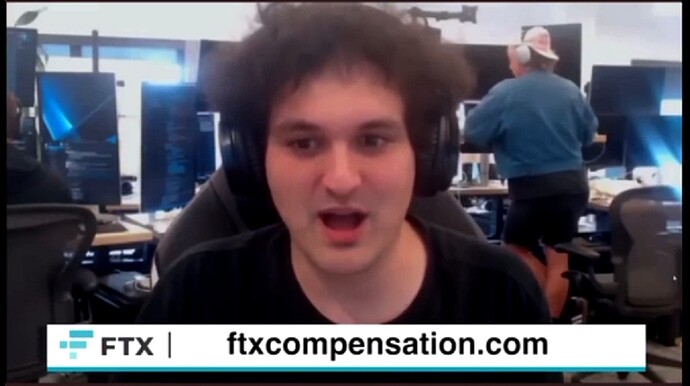 A fake digital Sam Bankman-Fried used a Twitter blue account to trick followers into enrolling in a fake crypto giveaway.

A deepfake of FTX founder Sam Bankman-Fried circulated on Twitter on Friday, where the founder of the collapsed cryptocurrency exchange appeared to claim he could make users whole again by doubling their cryptocurrency in a typical giveaway scam. Making matters worse, the account was verified and mimicked SBF’s real account.

“Hello everyone. As you know our FTX exchange is going bankrupt,” the deepfake of Bankman-Fried said in the video. “But I hasten to inform all users that you should not panic. As compensation for the loss we have prepared a giveaway for you in which you can double your cryptocurrency. To do this, just go to the site ftxcompensation.com” 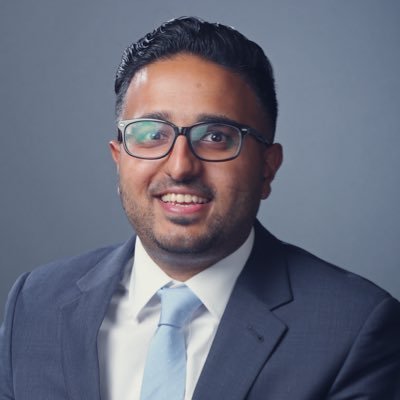 @rhemrajani9
🚨 SBF only a couple months ago LIVE on CNBC talking about “stopping 𝗰𝗼𝗻𝘁𝗮𝗴𝗶𝗼𝗻 from spreading through the system” and protecting customers. You can’t make this up, wow 🚨…. $FTX #FTXbankruptcy #Bitcoin https://t.co/6iqAbPfW2O 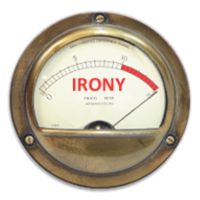