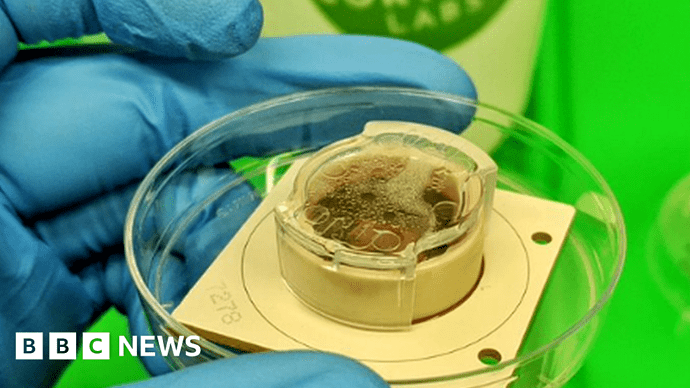 Australian and UK researchers grow brain cells in a lab that have learned to play a 1970s video game.

Dr Brett Kagan, of the company Cortical Labs, claims to have created the first ‘‘sentient’’ lab-grown brain in a dish.

Other experts describe the work as ‘‘exciting’’ but say calling the brain cells sentient is going too far.

The research team grew human brain cells grown from stem cells and some from mouse embryos to a collection of 800,000 and connected this mini-brain to the video game via electrodes revealing which side the ball was on and how far from the paddle. They have now learned to play the 1970s tennis-like video game, Pong.

In response, the cells produced electrical activity of their own.

They expended less energy as the game continued.

But when the ball passed a paddle and the game restarted with the ball at a random point, they expended more recalibrating to a new unpredictable situation.

The mini-brain learned to play in five minutes.

It often missed the ball - but its success rate was well above random chance.

Although, with no consciousness, it does not know it is playing Pong in the way a human player would, the researchers stress. They say, however, their “mini-brain” can sense and respond to its environment.

Next, Dr Kagan plans to test the impact alcohol has on the mini-brain’s ability to play Pong. If they tried cannabis, I wonder if it would exhibit hunger?

I’m guessing the ethics guys/gals are having a field day trying to make sure these blobs don’t become self-aware and conscious.

Their eyesight and hand to eye coordination are far better than mine.

I, for one, welcome our new mini-brain overlords.

I hope they realize that this is how the Borg get started.