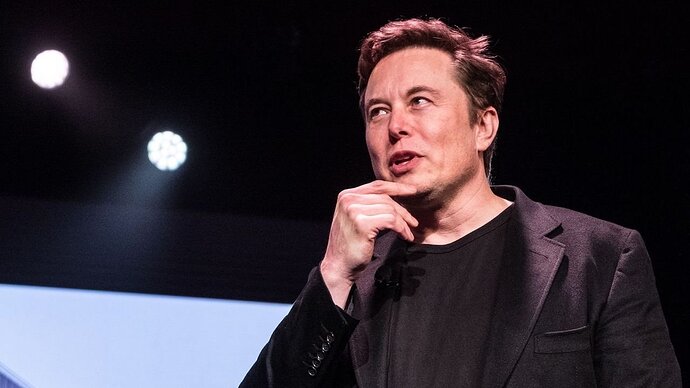 Elon Musk will make iPhone rival if Twitter is ejected from App Store |...

If Apple and Google were to kick Twitter from their online stores, Elon Musk has warned he will make his own "alternative phone" to the iPhone and Android devices.

I’m sure that Apple and Google are trembling in their boots at Musk’s threat.

Thanks for the laugh!
Wendy

Sure, because he doesn’t have enough on his plate now.

But I guess he’s got a lot of excess cash laying around, so… good luck…

From what I’ve read, Elon is well on his way to becoming a millionaire.

But I guess he’s got a lot of excess cash laying around, so… good luck…

He probably figures he has a captive market of his cult members, who will buy anything he anoints.

Musk does not have to make a phone at all. Maybe he said he would. I have not read the article.

He can do something far more devastating to Apple than to make a phone.

Musk can make his own play store or app store. He can make it for downloading to a PC or Mac to your phone. He can get around the app store. The app store is something like $80 billion in revenue for Apple.

If Apple wants to scr$w around Musk will profit a great deal. If Musk gives it a little more thought Apple wont get a chance to decide anything at all.

If Apple were to use tech to hold Musk back from downloading apps to iphones Musk will sue Apple and win in court. Which would mean Microsoft and everyone else would eat Apple’s lunch.

I saw that earlier and just shook my head and wonder how long before he totally blows all of his credibility… He lost a ton with twitter, or is in the process, he really needs some serious therapy, but I doubt he’ll ever consider it… Just socially undeveloped, it doesn’t work out well…

Amazon also tried. I owned one of their Fire phone and it was a piece of excrement.

This does highlight the constraints that bind Twitter. Many supporters of Musk’s acquisition seemed to think that Twitter’s content policy - and perhaps therefore its business problems - stemmed entirely from the policy choices of its managers. But that’s never been true.

Twitter’s content policy is hemmed in on several fronts, by actors more powerful than it is. They have little choice but to comply with Apple and Google’s rules - which requires them to have pretty significant content regulation, particularly with respect to adult and sexual content. They’re limited by what their advertisers are willing to tolerate on the site. They have to comply with U.S. regulatory agencies - so even though having lots of staff to protect consumers from fraud and data theft adds costs without bringing in revenue, they have to do it. They have to comply with European regulatory agencies, which means responding to user complaints about what the EU regards as hate speech. Etc.

We obviously don’t know whether Musk believed that changing who was in charge of Twitter could result in a really big change in content policies. But clearly a lot of conservative supporters of his acquisition did. It’s going to be disappointing to them if Twitter ends up having to move back towards a lot of its prior content policies in response to pressures from regulators, advertisers, and Apple/Google.

It’s going to be disappointing to them if Twitter ends up having to move back towards a lot of its prior content policies in response to pressures from regulators, advertisers, and Apple/Google.

It’s going to be disappointing to them if Twitter ends up having to move back towards a lot of its prior content policies in response to pressures from regulators, advertisers, and Apple/Google.

I saw this article that indicates Twitter has lost half its major advertisers since Musk took over: 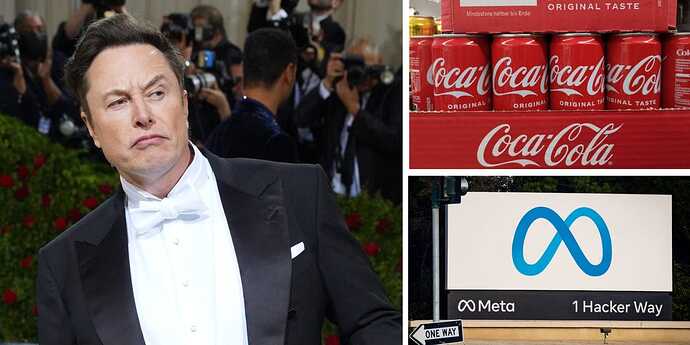 50 of Twitter's top 100 advertisers have pulled out of the platform since...

Some of the 50 companies publicly announced they were stopping adverts on Twitter, but research center Media Matters says others are "quiet quitters."

“lost”, of course, could be short term or long term and we have no idea which as yet.

I saw this article that indicates Twitter has lost half its major advertisers since Musk took over:

Not surprising. And not great in the short run.

In the end, I think Twitter’s going to have to keep a lot of currently-banned content siloed away from nearly all of its users. He can’t escape the imperative to keep his advertisers safe. That might take the form of more sophisticated and more nuanced shadowbanning. Publicly, Musk has voiced the idea of a Twitter that will still accept every edgelord and shotposter, but shroud them so that you won’t see them unless you go looking for them. If he can keep the brands away from the toxic content, then he can have both of what he wants - revenue and his own vision of “free speech.”

There is precedent, of course. That’s how the internet, writ large, works today. All the vilest stuff is out there on the web (save the criminally prohibited stuff). But if you don’t go looking for it, you can mostly avoid it, and brands can keep themselves separate from the horrible content.

Can that be done? I’m not sure - content moderation is a really thorny problem. But perhaps if you got a lot of buy-in on the voluntary blue-check system and had a very aggressive shadowbanning protocol, combined with a lot of user/reader customization options, you might be able to get there.

We’ll know more if they do, in fact, go through with large-scale account re-activation. That will (presumably) create lots of concrete instances of terrible tweets that will require action by Twitter - and thus lots of opportunities for users (and advertisers) to gauge what Twitter 2.0 will feel like to everyone.

I don’t know how the advertising business works, but I suspect a lot is contracted in advance.

Inverting to subscriptions, which I’m guessing has some similarities to advertising: one of the very few print magazines I still subscribe to was a regional magazine about a niche hobby. Almost three years ago, it offered me a 36-month deal at a good price, and I took it.

Sometime during the pandemic, it moved from a regional to a national (by consolidating their Western, Southern, Northeastern versions) magazine, effectively dropping my interest by 2/3.

Nah. My point: I didn’t cancel, but I’m not renewing when it comes up in February.

Likewise, I’m not sure I know when we will be confident that he’s lost all of the advertisers he’s going to: a number of those continuing may just be running out the thread for a few more weeks/months.

Ideally, I’d like to hear from someone who does know about the online advertising business.

In related news, Twitter CEO Elon Whiney McWhineypants is whining that Twitter’s largest advertiser, Apple, doesn’t like its ads appearing next to McWhineypant’s QAnon conspiracy posts, and Apple appears to be mostly uninterested in advertising with Twitter.

McWhineypants is screaming bloody blue murder. But he should be aware that Apple was willing to dump Fortnite for not complying with Apple’s TOS, even though Fortnite was a big profit center. Twitter is a cost center for Apple, so dumping Twitter is not a morally tough decision for Apple.

I don’t think CEO Dunning-Kruger understands that users are his product and advertisers are his customers. 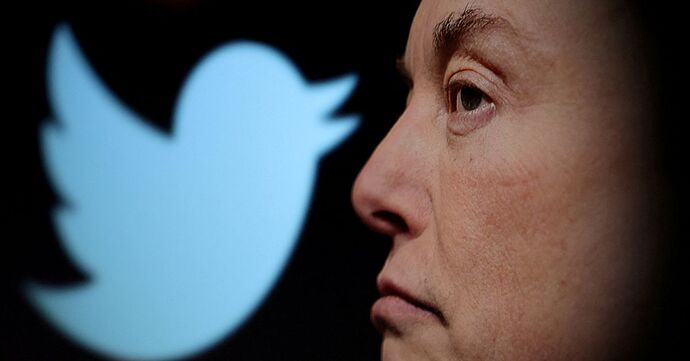 Elon Musk accused Apple Inc of threatening to block Twitter Inc from its app store without saying why in a series of tweets on Monday that also said the iPhone maker had stopped advertising on the social media platform.