As my computers age, after a few years, they get so slow! I click the mouse and twiddle my thumbs waiting for it to respond. Even after rebooting. If I’m shopping for a new computer, do I want as much memory as possible to avoid this problem? 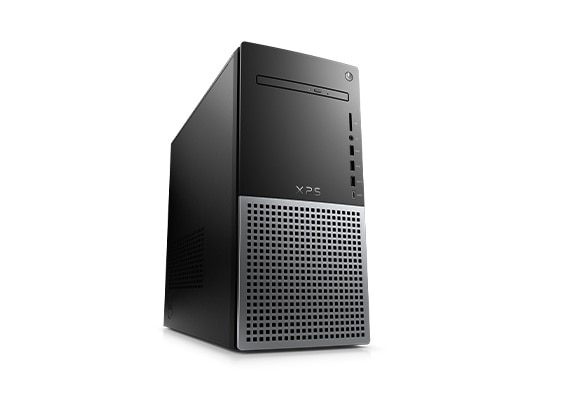 Take creativity up a notch, with the expandability, elite performance, fast speeds, improved thermals and liquid cooling options of the XPS Desktop.

I also want a large SSD drive. The above has 2TB SSD and 16GB memory. That memory seems low. Should I buy as much memory as I can afford? I don’t want to spend $1300 extra for 128GB memory! But I also don’t want a computer that slows down so much over time.
Thoughts?
Thanks, Rick

32gb should be enough for the foreseeable future.
Add additional cooling for the SSD as it will be your C drive. 2TB is fine.

Did you try doing a fresh install of windows on your current PC?

Thanks. How can I tell how much memory my current computer has? I went to the task manager, clicked performance, and in the memory box it says "6.9/7.9 GB (87%). Does that mean this computer only has 8GB of memory? I sure thought I would have bought more than that! So if that’s the case, 32GB would be a nice increase

When you say “additional cooling”, do you mean the choice they give for $50 for liquid cooling? Why is that important for an SSD? I thought since it doesn’t have moving parts like an HDD it wouldn’t get as hot.
Thanks,
Rick

Not yet. I’m first considering an SSD machine because I would really like to change to SSD anyway. But money might make me do what you suggest.
Thanks, Rick

32 gb RAM is plenty of RAM, 2TB SSD is huge. Also, you planning a backup device? Just thinking out loud…doc

My current computer is 1TB and nearly full. That is why I want 2TB. I always seem to run out of room no matter how much I upgrade! Maybe I should get 4TB! I would, but too much money.
I backup to external HDD’s every day.
Thanks.

Why not just add more memory to your existing computer and buy an SSD drive and install it?

As my computers age, after a few years, they get so slow! I click the mouse and twiddle my thumbs waiting for it to respond. Even after rebooting.

What sort of programs are you running when it is slow? I use excel a good bit, but nothing complex. My speed is almost always limited not by memory or CPU because most of the time I am in Firefox browsing the web. So most of the time it is my internet connection that limits performance. It would be possible for my home network to be an issue if it wasn’t set up right, but I’ve been pretty careful. (Ethernet rather than WiFi, gigabit switches, using SpeedTest now and again to verify it all.)

That was (is!) just as true on my old (assembled 2011) computer, which was helped a LOT by replacing C: with an SSD. I upgraded to a well-appointed laptop because of travel plans, not because the old one was underperforming for my simple usage.

I’m not a techie to that extent. Not even close.

The above has 2TB SSD and 16GB memory. That memory seems low. Should I buy as much memory as I can afford?

I have the 2TB drive and 16GB of memory and I’ve been very satisfied. Yes, in my opinion you should buy as much memory as you can afford. Just make life easier.

As an aside this is the first thread on the “new” Fool that I have thoroughly enjoyed. I’m not a computer expert by any stretch but I understand the subject a lot better than some of the topics that are addressed on other boards (err … categories sorry).

I’m not a techie to that extent. Not even close

Hmmm, maybe I’ll call Best Buy or another place. Thanks for the idea.

after a few years, they get so slow

What are the specs of your current PC?

A Dell PC should last 5-8 years, then replace. Replacement is for a simple reason: Stuff gets obsolete and you can’t get parts, newest add-ons, new comm ports maybe NOT supported by your current motherboard or CPU, and so forth.

Extra cooling for the SSD is rational and practical. All your activity will be on that drive because your OS and programs will be on it, so it heats up more quickly than you realize. My system runs 24 hrs/day and it is on a stand-alone 1000VA UPS. I use separate software to monitor all my drives (external drives are on a different UPS). The SSD hits 45C (113F = my chosen temp to report it is too hot) regularly when I use it. I also have a 4TB D drive (Seagate 5900rpm or HGST 7200rpm) in the box. Separately, I have five 4-8TB drives in individual USB 3.1 boxes. 2-3 drives are connected 24 hr via 7-port USB hubs–and the drive temp-monitoring software sees them all and shows their temp and status on a variety of factors. My 1TB SSD is now at 97% health after two years. Two external USB drives are used to make backups of the data on the C drive (no need to back up the software).

I use the basic MS Office (home and student version) mostly using Excel, a bit of Word, and not much more. Use it for 10 yrs (price = $150 to buy it at the store, maybe cheaper if you buy a PC or add-on items such as a HDD, etc–depends on the current promotion). There are enough changes over 10 yrs to justify buying it again, and that saves you the problem of obsolescence and “Does it work with my system?”.

I always get the Pro version of the OS. It offers a variety of extra features I prefer. If I can get a TV signal, then I use one of the external 4TB USB hard drives as a DVR. Software is Hauppauge.

As my computers age, after a few years, they get so slow!

This is the reason I ditched Windoze a lot of years ago and went to Linux.

Gene
All holdings and some statistics on my Fool profile page
https://community.fool.com/u/gdett2/activity (Click Expand)

One day the old beast will have to be replaced, but for now it meets my needs, a bit of photo editing, occasional video fiddling, web, email, messaging… Dell 32" monitor will move onto whatever I find as a replacement…

Hi, I think the link you provided is a great computer. I think the important upgrade is the SSD. If you don’t have one already, it is the most important upgrade that is left for most computer owners. Not just SSD, but “PCIe NVMe”, which means it can communicate very quickly with the CPU. Similarly with memory, 64 GB is a lot of RAM, but the speed and bandwidth of communication with the CPU is critical, and “DDR5, 4400 MHz” is great.

I would agree with the other commenter that trying to replace your existing drive with an SSD might be a good idea if you can find a shop that you trust to do it. It can make a big difference.

A really frequent reason for poor performance is malware. Windows Defender is solid and running an offline scan after updating virus definitions is probably a good idea. Good luck!

ps - to belatedly answer your question, past a certain point, more memory won’t make a system faster. 16 or 32 GB is more than sufficient for almost all purposes.

How do I find the specs of my current PC?
It’s a Dell XPS, about 6 years old.
Mine also runs 24/7 and is on a UPS.
I’m using MS Office also, although mine is from 2007 (old but works fine for me).
What should I consider relative to Win pro? I guess I should compare.

Type ‘msinfo’ in the search field, then on the system summary page you should see all the specs. Click on Edit / Select All, then copy/paste to your reply. The only things not in the summary are the drives and graphics, but those can be found in the Components branch of the info tree. Here are pics of what my trusty old Dell Inspiron 15 has: 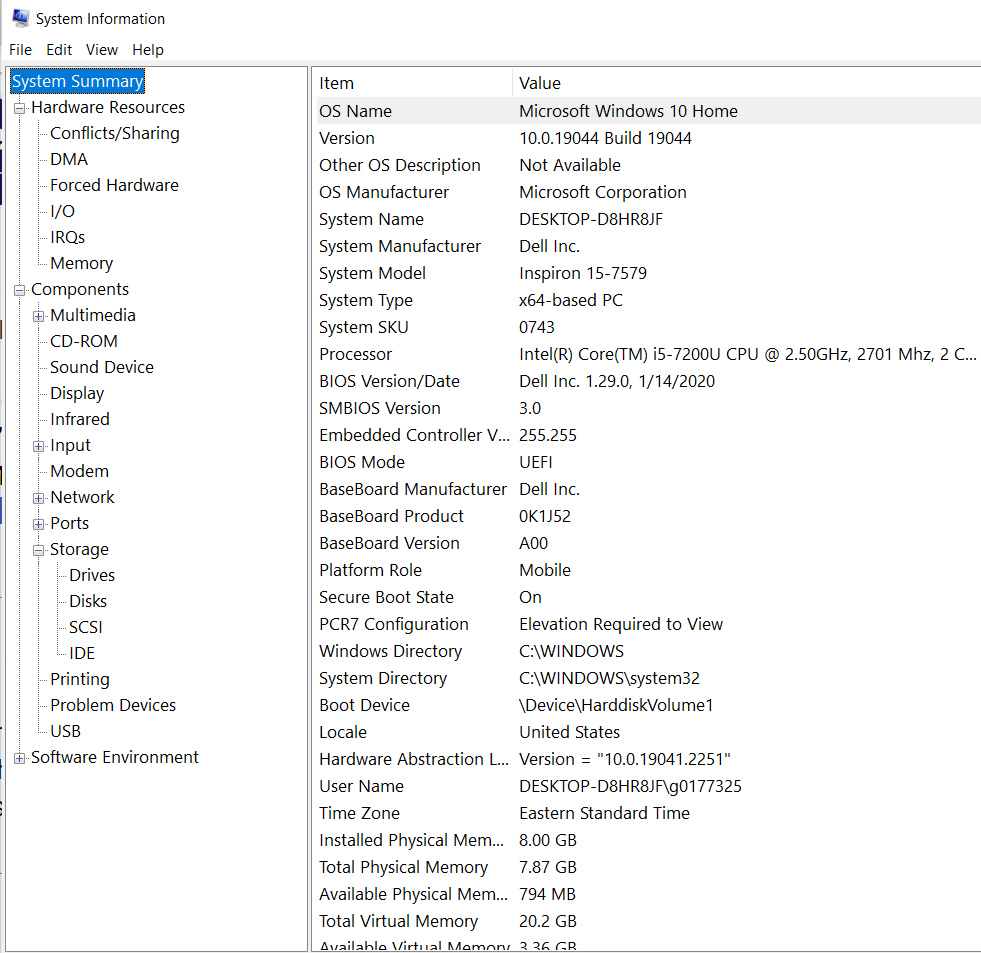 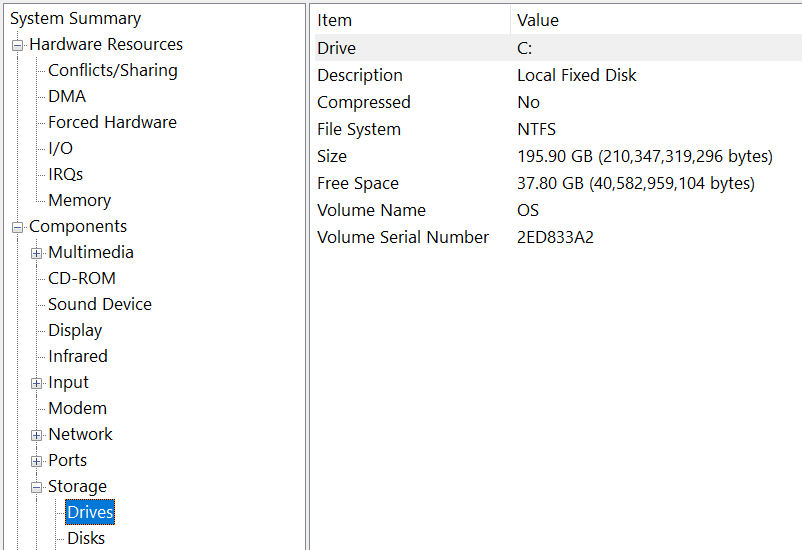 I use a free program from Belarc: Belarc Advisor - Belarc, Inc.

It will tell you everything including if your drivers are up to date. I’ve used it for years and its safe…doc