NFE pivot - is there value or hope for value?

Three years ago, New Fortress Energy (NFE) owned a few power plants, and made major plans to expand into LNG. About 2 years ago, NFE acquired Golar LNG’s (GLNG) Brazlian subsidiary Hygo, and Golar’s MLP offshoot, GMLP - owner of 6 Floating Storage & Regasification Units (FSRUs) & 4 LNG tankers, plus other assets. After NFE took over the various Golar assets, NFE mgmt described how they were looking to develop the Brazilian resources and their plans on Fast LNG (liquefaction of LNG from shallow water stranded gas locations). At the time, NFE mgmt suggested they would have their first Fast LNG operating within 20 months of FID (Final Investment Decision)

Fast forward to Aug 2022. NFE announce a deal with Apollo Funds on a joint venture (JV), Energos Infrastructure, involving 11 assets. At first glance, the JV seems to be mostly the GMLP assets (plus possibly a Hygo asset) 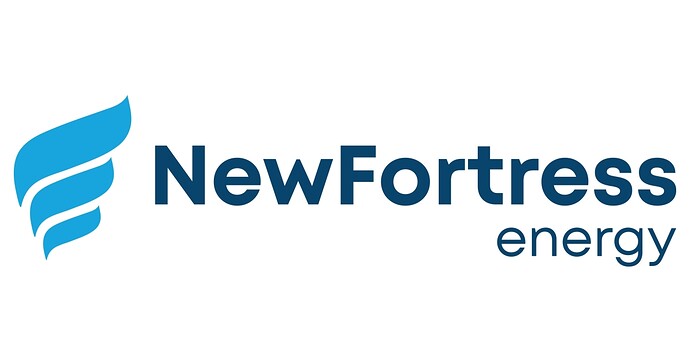 NFE also appears to have monetized on one of their Brazilian assets - selling the Sergipe pipeline.

FWIW, NFE is in uncharted territory. If the March 2023 Fast LNG unit operates successfully, it will be the first one in existence. I find it interesting/amusing that the first location in Mexico (Altamira) will be supplemented with gas from a Texas pipeline. That’s the premise to build four additional Fast LNG units?FWIW, the first unit is built on 2 jack-up rigs. The second and third units are to be built on a fixed platform. Then units four and five will be modifications on what were originally two floating semi-submersible drilling rigs (specialized, as Sevan Driller and Sevan Brazil have circular bases)

So I went and did some additional digging on NFE.
Back when the company completed the deals for Golar’s Brazilian subsidiary, Hygo, and the Golar MLP (GMLP), the Enterprise Value of the two deals was around $5B. As mentioned in the OP, NFE has already monetized on one slice of Hygo by selling one significant asset - the Sergipe pipeline. Well, actually it is a tad more complicated than that. First off, Sergipe pipeline was not a 100% owned asset. Hygo had a Brazilian partner that owned half the asset. However, Hygo did own the Floating Storage & Regasification Unit (FSRU), Golar Nanook, that provides the converted gas for the Segipe power plant. That stays with NFE. What I don’t know is, whether the FSRU counts as part of the Energos assets or if it is ring-fenced as a standalone asset serving the Sergipe project (with NFE earning a fee for the FSRU service)?

But, leaving that aside, the big order math says, two years ago, NFE spent $5B on a group of assets, and thus far, the company has “recouped” about
$1.6B (80% of Energos) + $600M (portion of Sergipe pipeline), or about $2.2B On the other hand, NFE still have revenue streams coming from some of those assets e.g. by virtue of the leases on the FSRUs, those assets are still generating income either directly or indirectly for NFE.

NFE seem to be quite good on the financing side of the puzzle. The unknown is whether NFE can deliver on the Fast LNG technology.

11/22
NFE provided an update on one of its FLNG projects.