For those who are trying to lower their overall carb intake during the holiday season, here’s what I did for a lower carb version of cranberry sauce.

Place in a sauce pan, bring to a boil, reduce heat, simmer for 12 to 15 minutes.

This rivals any sugar sweetened cranberry sauce I’ve ever had.

I intend to make a pumpkin pie using the same non-sugar sweetener.
I’m not a fan of pie crust with pumpkin filling, so, I’ll leave that “starch” out, and just have a pumpkin custard.

This is NOT “no carb”. It’s just lower carb than the usual, canned variety. 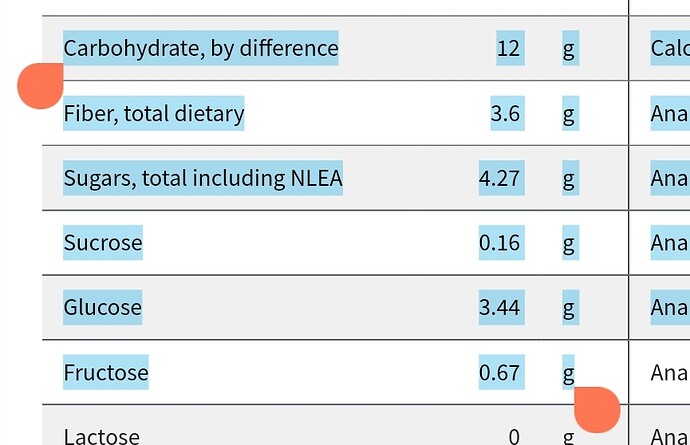 Ie. Its not “no carb”. Its just lower carb than it would be with the brown sugar.

The Keto/Low Carb crowd accepts erythritol, allulose, and monk fruit as Zero-carb sweeteners. Therefore, this recipe is “no added sugar”?

I don’t particularly like (really my stomach doesn’t like) erythritol, so I use other non-sugar sweeteners instead. A few years ago, I made my cranberry sauce more or less this way with ONE important addition … i grated some fresh ginger into it. And it was THE BEST cranberry sauce I’ve ever had.

I stopped eating several sour fruits, cranberries, strawberries, and passion fruit (great with rum and bitters) because they required sweeteners and most artificial sweeteners have health issues. I checked erythritol + allulose + monkfruit on the internet and they all seem safe enough.

Interesting. I’ve been making LC cranberry sauce for years but I’ve never gone the spice route. Thanks for the suggestion.

FWIW, I usually add orange oil in at the end for a cran-orange sauce. I tend to just dump in ingredients and taste/adjust as I go. Not big on recipes, but you can get a ton of them here: AlldayIdreamaboutfood.com. Looking at making this one soon:Keto Pecan Pie Cheesecake Nut crusts are way better than flour based crusts any day, IMO, and totally low carb.

I don’t particularly like (really my stomach doesn’t like) erythritol, so I use other non-sugar sweeteners instead.

There is a small percent of the population impacted by erythritol. Happily I am not one. Which sweetener do you use?

Thanks for the fresh grated ginger idea.

Which sweetener do you use?

I use all sorts. Let’s take today for example. In my morning coffee, I use one packet of splenda (yellow). In the cottage cheese/yogurt with blueberries that I am eating right now, I use “Splenda naturals” (stevia, green). For baking (which I rarely do), I use allulose (liquid) or one of the other blends (powdered). When I make french toast, I have to use real sugar because nothing else caramelizes properly. I don’t eat french toast anyway (too many carbs to begin with).

I also just happened to look in the pantry and we have “Monkfruit in the raw” as well (burnt orange).

For many years I used a liquid form of a cyclamate-based sweetener. That was one of my favorites because only a TINY drop was needed for most things. But it could only be purchased outside the USA and that turned into a painful endeavor after a while. And when I say “tiny”, I mean tiny, for example, for coffee all that was needed was to dip the tip of a toothpick into the liquid sweetener and then swirl the end of the toothpick in the coffee. I sometimes made homemade ice cream, and all it would need was a few drops shaken out of the bottle to sweeten perhaps a full liter of ice cream. And as an aside, that ice cream was heavenly - I usually used 42% heavy cream as the main ingredient. And if I was making butter pecan, I would lightly saute the pecan halves in lots and lots of butter before letting it cool a bit and slowly adding it to the churner making the ice cream. Or for strawberry ice cream, I would macerate the fresh strawberries a bit in some water mixed with sweetener, and again, let it cool somewhat and slowly add to the churner. Oh, those ice creams were terrific! I should do it again!

I put all of these ingredients into my pressure cooker. 4 to 5 hours with the slow cooker setting turns this into cranberry apple sauce. YUM!

Which sweetener do you use?

None. I got used to not using sweeteners, now I like my coffee without sweetener. Sometimes I add sweet fruit to dishes.

The Captain
sweet girls and bitter coffee, the other way around is terrible!

sweet girls and bitter coffee, the other way around is terrible!

A man of experience.

Thanks for the fresh grated ginger idea.

Well, didn’t have fresh grated ginger, which no doubt would have been even better, but whipped up a cranberry/rhubarb/fig/cardamon/ginger sauce, lightly sweetened with erythritol, that is just amazing! A little bit of rum in there too, I guess, as the figs came from making fig liquor. Amazing!

Hope you all have a great holiday.

I made pumpkin and egg custard. Just the filling. I usually eat the filling and discard the pie crusts, so just left the crust out this time.
I used the regular recipes, only substituing the erythritol allulose monkfruit sweetener mix for the sugar, therefore these were LC and Keto?
Some egg custard recipes include a couple TBSP flour. I used the Southern Living recipe which does not include flour. I also added a tsp of vanilla extract.
Overall, I’m very pleased with the outcomes.

Happy Thanksgiving to all yall.
ralph 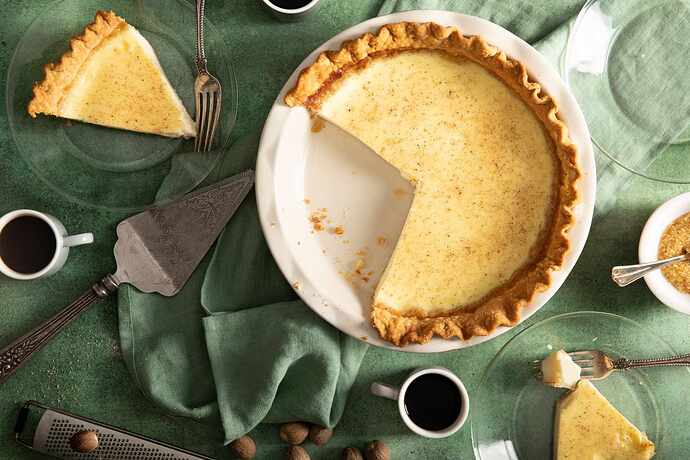 This homey, old-fashioned Egg Custard Pie deserves a comeback not only because it's delicious, but also because it's so easy to pull off.