OT: Scotland could become first ‘rewilded’ nation—what does that mean? 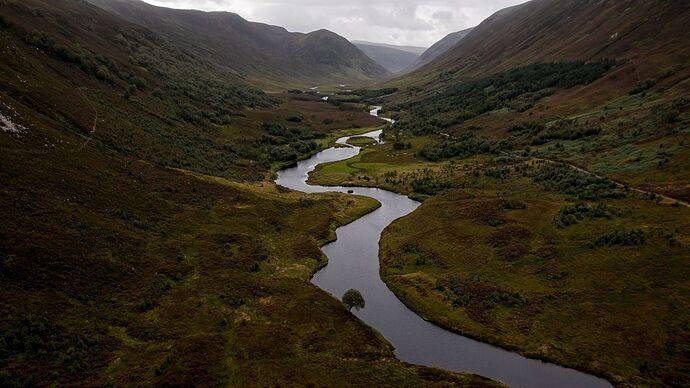 Scotland could become first ‘rewilded’ nation—what does that mean?

A movement to return native flora and fauna to the Scottish Highlands is gaining steam. Here’s where travellers can see the work in action.

Interesting concept: rather than plant trees and attempt to “save” single species, the approach is more landscape-wide.

Is this sort of like putting a “historical” designation on an old building or neighborhood, and mandating how it will be managed?

Interesting concept: rather than plant trees and attempt to “save” single species, the approach is more landscape-wide.

Is this sort of like putting a “historical” designation on an old building or neighborhood, and mandating how it will be managed?

The concept is much deeper.

Ecosystems are in constant flux. They balance themselves based on a web of resources and species interactions. The humans won’t “manage” the process except by introducing the original species and letting them find homes, mates and food for themselves.

Without apex predators, the ecosystem will find an equilibrium but not the original equilibrium. Prey animals could overgraze the plants as their numbers grow.

Adding apex predators, which also prey on livestock and potentially humans, is a sensitive issue in the U.S. west. Will they add wolves and bears to Scotland? First, they will wait to see if the plants and herbivores will multiply and fill the landscape.

The article didn’t mention invasive species, so that’s probably not a problem in Scotland as it is in the U.S.

I give them a lot of credit for rewilding under private auspices, without government involvement. Good for them. I hope their ecotourism flourishes. That’s the best protection.
Wendy

I give them a lot of credit for rewilding under private auspices, without government involvement. Good for them. I hope their ecotourism flourishes. That’s the best protection.

But, some of the neighbors aren’t happy. In another story on this, 6 or 9 months ago, locals complained that these private preserves were off limits to the locals.

Here is the Reuters version: 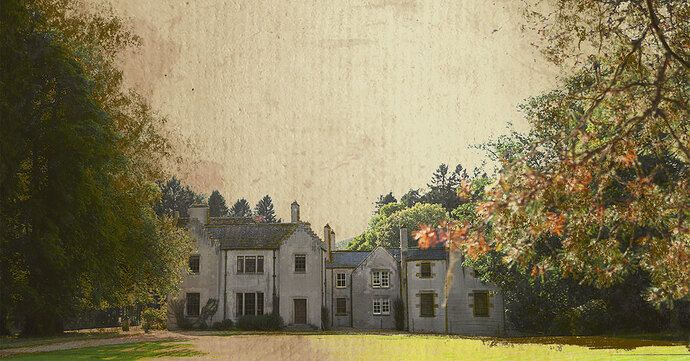 Who Owns Scotland? The millionaires buying up the Highlands

Climate-conscious millionaires are buying up huge areas of the Scottish Highlands and transforming how it is managed. These 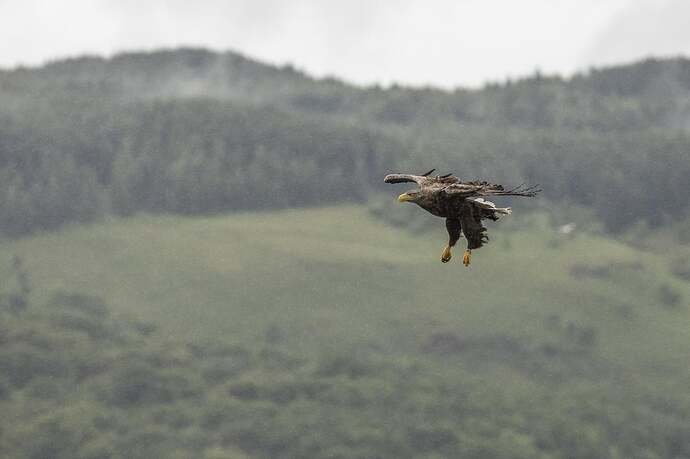 Local people must not be excluded by wealthy landowners intent on ‘rewilding’...

We are seeing a greater importance being placed on land in Scotland as society shifts towards a net-zero emissions economy and aims to stop losses to nature.

Scotland hasn’t had bears for quite some time. Polar bears in the last ice age, brown bears disappeared 1500 years ago.

Though, I suppose there are some dour, gloomy market bears such as myself that are sometimes encountered there. Does that count?

There are numerous rewilding projects particularly in the north and northwest.

This article refers to 9 larger projects. 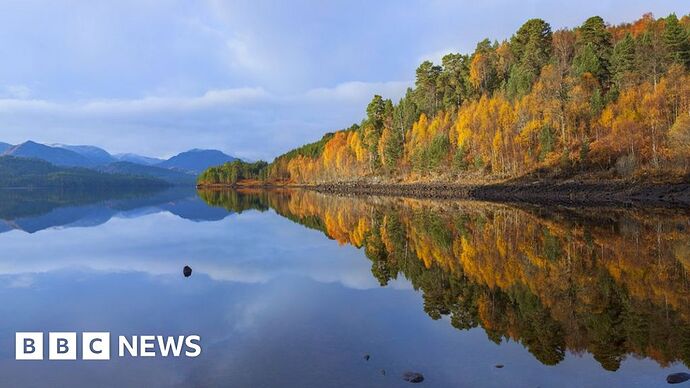 Rewilding project for 500,000 acres of Highlands

The 30-year scheme will cover an area from Loch Ness across the central Highlands to the west coast.

There are also projects that have turned old railway lines into ‘deep nature cycle routes’.

There are many bird reserves. If you are interested, look for RSPB sites, look up the Scottish Wildlife Trust. 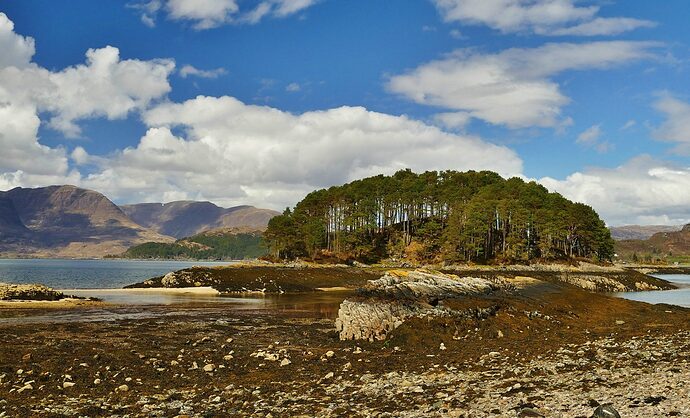 We have 120 wildlife reserves and 4 visitor centres throughout Scotland. Find your nearest reserve online today and plan your next wildlife adventure... 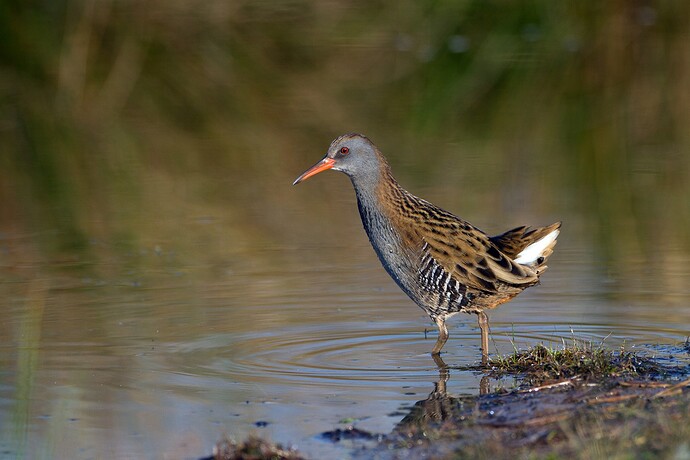 One of the few wetlands left in west Scotland. Good spot to see Whooper Swan and nice reserve for easy birding with trails and hides..

If you are ever visiting Scotland, there’s a lot of wonderful stuff up in the north than most people don’t visit (people tend to do: edinburgh, glasgow, a few distilleries, st andrews for golf, inverness briefly for nessie).

For example, the geographical center of scotland is an absolute goldmine of biodiversity and nature trails and forests and lochs (lakes), valleys and mountains, as well as interesting historical architecture and lots of random little sites, bridges, roads, etc dating back to roman times. There are quite a few outdoor/adventure sports centers too around the country. There are less tourists around that part of the country because there’s no airport. But it’s quite quick to get there by train or car. Similarly fly into inverness, take a car or train up north, you can see a lot of cool stuff.

If you haven’t been to Scotland yet, then I encourage you to come and visit. It’s a very welcoming country, especially as you go out from the cities. With the pound currently cheap compared to the dollar there’s hardly ever been a better time to take a look.

In the US, the National Oceanic and Atmospheric Administration (NOAA) Fisheries department recently issued a report recommending that four major dams in Washington state be destroyed, so as to help the salmon reproduce that travel up the Columbia and Snake rivers. This would be a form of “rewilding” the river system.

Those dams generate electricity for the Pacific Northwest, as well as provide water storage for agriculture and to make navigation on the rivers easier. It is not clear where the reliable and dispatchable replacement electric power would come from if the dams are torn down.

I don’t anticipate these dams will be removed any time soon, since there are many state and local stakeholders who would be impacted. But removal of the dams is something these government scientists want to see happen. 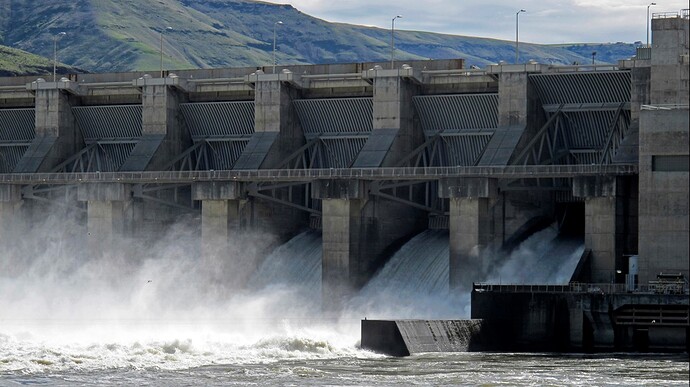 In the US, the National Oceanic and Atmospheric Administration (NOAA) Fisheries department recently issued a report recommending that four major dams in Washington state be destroyed, so as to help the salmon reproduce that travel up the Columbia and Snake rivers. This would be a form of “rewilding” the river system.

I live on the north Olympic Peninsula of WA State. I was the first volunteer coordinator for the native plant rewilding project after the removal of the Elwha River dams.

I was and still am strongly opposed to the removal of the Elwha River dams. The initial cost was $350 million, a breathtaking amount of taxpayer dollars for a remote, inconsequential river. It was obvious that the problem with the salmon was overfishing, not the dams, because the neighboring pristine (undammed) Dungeness River was practically devoid of salmon. After the dams were removed, the water supply for Port Angeles was contaminated by sediment so a new water treatment plant had to be installed at a cost of $27.6 million. Then the undammed river undermined the Elwha Bridge. The estimated cost for the new Elwha Bridge is $29.53 million. 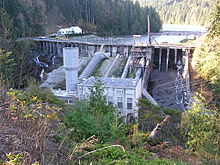 The Elwha Dam was a 108-ft (33 m) high dam located in the United States, in the state of Washington, on the Elwha River approximately 4.9 miles (7.9 km) upstream from the mouth of the river on the Strait of Juan de Fuca. The Elwha River Ecosystem and Fisheries Restoration Act of 1992 authorized the US Federal Government to acquire the Elwha Dam and Glines Canyon Dam hydroelectric power projects for decommissioning and demolition for habitat restoration. Removal of the Elwha Dam began in Septembe...

So, how is the Elwha River salmon recovery doing? - theOrcasonian.com

Despite the breathless propaganda of the environmentalists, the recovery of salmon in the Elwha is insignificant because they are still being overfished before they ever get to the river. (The human overfishing is also causing starvation of the endangered northern Puget Sound orcas.) This was totally predictable by the lack of salmon in the neighboring Dungeness River. The salmon that did arrive are surely the most expensive salmon in the world!

The Snake River dams are far more important for renewable hydropower than the Elwha powerhouse ever was. Not to mention the water storage and navigation benefits you mentioned.

I am totally against removing the Snake River dams. The benefits to humans are far more important than the salmon. And there will probably be unforeseen additional problems and costs, as happened with the Elwha Dam.

So why did I volunteer on the Elwha rewilding project even though I disagreed with removing the dams? Once others made the decision, I wanted to help make the best of it.

Can human being breed in a farming setting Salmon and re-populate those rivers?

The fuller context is not just removing the dams as obstacles.

Can human being breed in a farming setting Salmon and re-populate those rivers?

Michigan has been breeding Chinook Salmon and stocking the great lakes for decades. The state started the Chinook breeding program, because lamprey eels and fishermen had depleted the population of large fish. With most of the predator fish gone, the population of alewife exploded, which lead to several mass dieoffs, with the dead fish covering the beaches. The Chinook is native to the Pacific Northwest.

But, some of the neighbors aren’t happy. In another story on this, 6 or 9 months ago, locals complained that these private preserves were off limits to the locals.

Isn’t that usually what “private” means?