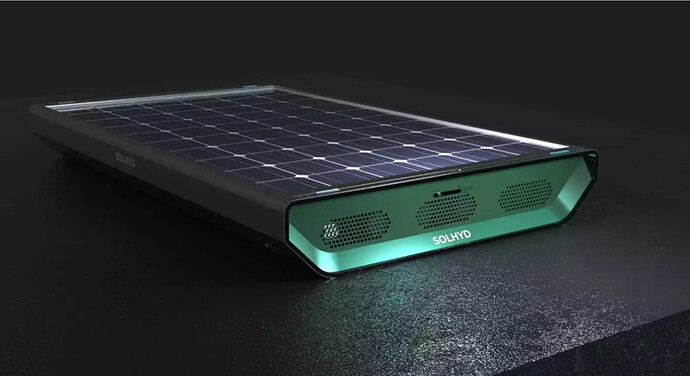 KU Leuven researchers have developed rooftop panels that capture both solar power and water from the air. Like traditional PV modules, hydrogen panels are also connected, but via gas tubes instead of electric cables. The researchers are now preparing...

KU Leuven researchers in Belgium have created a hydrogen panel that directly converts water vapor from the air into hydrogen gas, with the help of sunlight. They claim it produces 250 liters of hydrogen per day, at an efficiency of 15%. They are developing it under the Solhyd project, which is now in a transition phase from research to spinoff.

In a nutshell, hydrogen panels are modules that use solar energy to split water molecules and produce hydrogen gas. This means only the most arid places on Earth are too dry for hydrogen panels to work efficiently. They are akin to classical solar modules, but instead of an electric cable, they are connected via gas tubes.

Specifically, electricity is produced by the top layer solar panel, with a system of tubes underneath, where the hydrogen is produced from water molecules extracted directly from the air using a membrane.

More from the same article:

The researchers said they foresee a similar system-price cost curve like the one seen in PV, and noted that they use non-precious materials to keep the hydrogen panels affordable. They have tested several prototypes since the project launch in 2011 and are ready to launch industrial production of hydrogen panels.

In September, the Solhyd project moved from the university labs to a new 350 square-meter production space close to the Belgian town of Leuven, where pilot production lines were established with the help of Flemish government funding. Initially, the team will produce a few dozen hydrogen panels for small-scale pilot projects. But by 2026, the team expects to scale up production to 5,000 panels a year.

“At this moment we expect that the product will be commercially available from 2026 onwards,” Rongé said. “When we achieve mass production, the price will be close to that of PV modules today.”