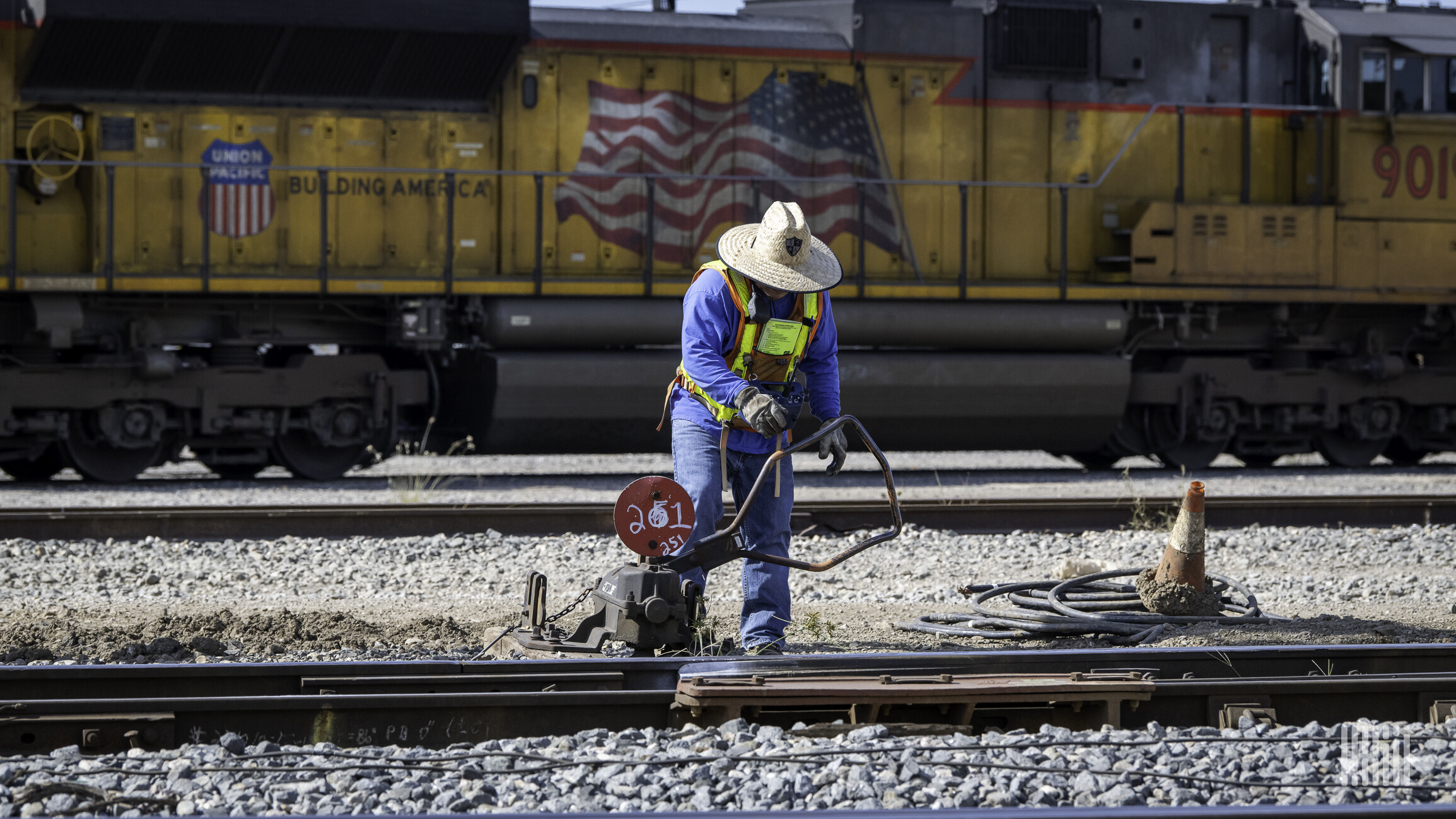 More than 56% of BMWED membership voted against ratification of the tentative national agreement reached with the Class I freight railroads on Sept. 11. The deal included a 24% wage increase, $5,000 bonuses and an additional paid day off.

BMWED represents about 26,000 workers who build and maintain the tracks, bridges, buildings and other structures on railroads across the country, according to its website.

I hope this potential strike doesn’t affect Amtrak’s (most profitable) Northeast corridor. It’s the most efficient way our family gets from Boston to NYC or the other way around. Kids in NYC.

38 last month I was reading those Amtrak rails wont be affected.

But Amtrak going eat to west on freight lines will be affected.

Thanks. I was wondering about the status of the vote a couple days ago. The workers keep saying it isn’t the money, it’s being on call 24/7, all the time.

The workers keep saying it isn’t the money, it’s being on call 24/7, all the time.

DW and I were talking about jobs at “utility” type businesses earlier today. Her Dad worked for the MBTA for 40 years in both union and supervisory positions.

The perception is that there are some great jobs for people who go the trades route. That may be true, but I also worked for many “utility” type businesses and they are (still!) generally not what you might call “progressive” employers.

The opportunities may be there for those who pursue the trades, but do younger folks today really want to work in “utility” type businesses??

Having worked both as an employee and consultant across many utility companies, I don’t see these types of companies being a go-to for those entering the employment market.

but I also worked for many “utility” type businesses and they are (still!) generally not what you might call “progressive” employers.