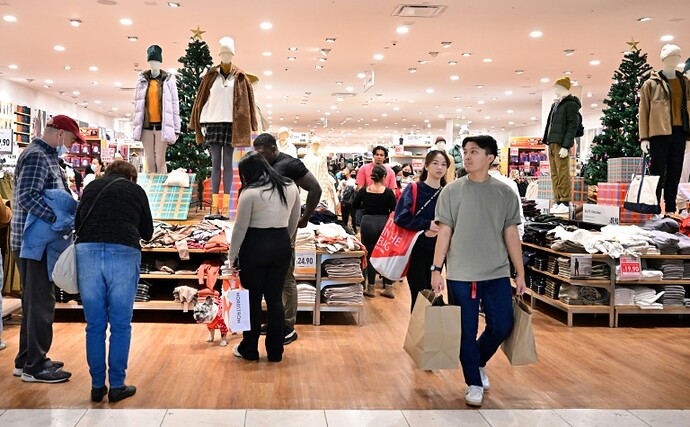 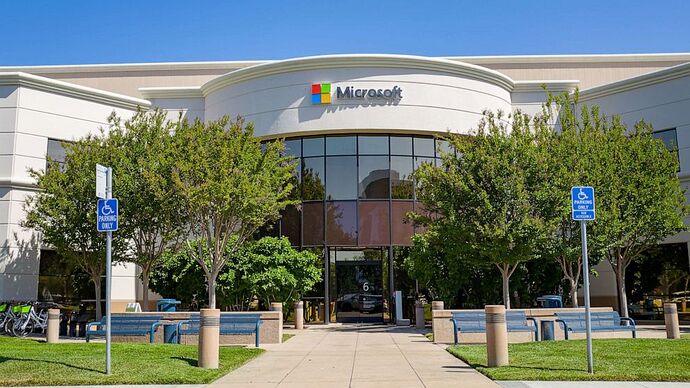 Microsoft is laying off 10,000 workers amid tech downturn

The layoffs at Microsoft will affect nearly 5% of the company's global workforce. 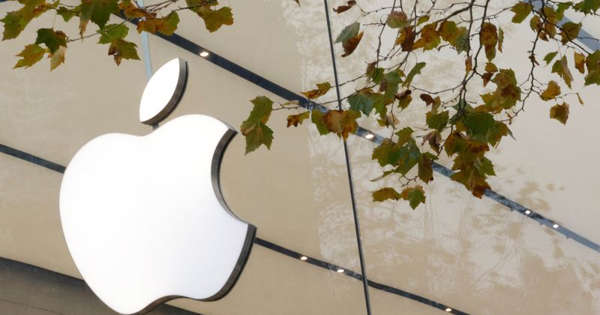 By Nivedita Balu and Yuvraj Malik (Reuters) - Keen to buttress margins and appease investor concerns at a time of slowing sales growth, big U.S. technology firms are expected to whittle away at their bloated workforce and costs through the next few...

Isn’t that at odds with all the chatter on the “news” at the time, that holiday sales are great? 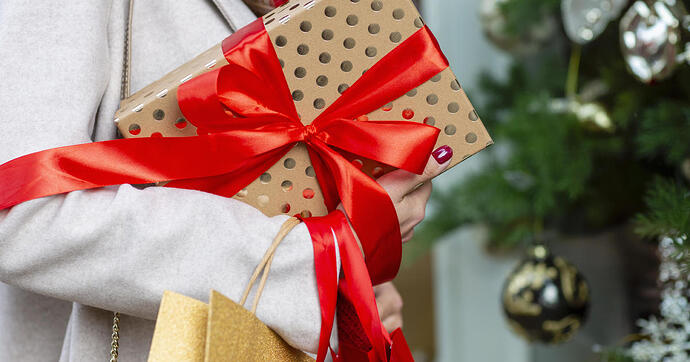 Holiday sales are up 7.6% despite inflation, but spending changes

Isn’t that at odds with all the chatter on the “news” at the time, that holiday sales are great?

e commerce is a fraction of retail but made up a greater number of holiday sales this last holiday season. I do not know the numbers.

Big ticket items were down for Christmas but that is more of a normalization when people do not take out car loans every three years. Interests being higher that got cut down. 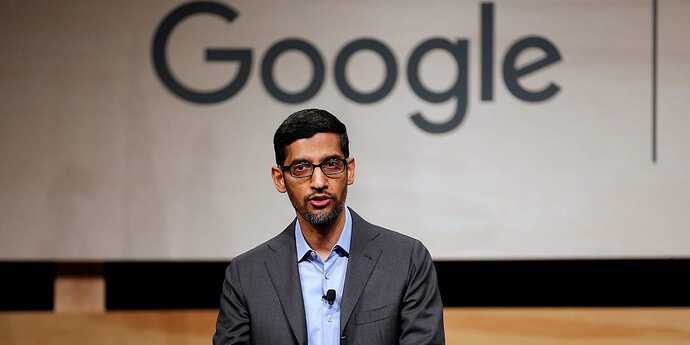 Google is laying off around 12,000 workers as tech giants continue to slash...

Sundar Pichai, the CEO of parent company Alphabet, announced the layoffs in a memo to staff on Friday. 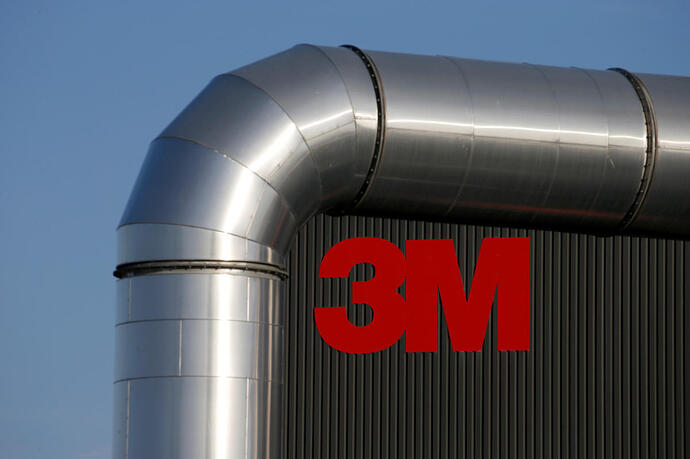 Layoffs in Corporate America spread from tech to conglomerates

Layoffs roiling the tech sector have been the biggest economic story of 2023.

And now, it seems those layoffs are spreading into new corners of Corporate America.

On Tuesday morning, 3M (MMM) announced it would cut 2,500 manufacturing jobs, as slower-than-expected growth followed from what the company called “rapid declines in consumer-facing markets — a dynamic that accelerated in December — along with significant slowing in China due to COVID-related disruptions.”

The news from 3M followed an announcement Monday from Newell Brands (NWL) that the Sharpie-maker would cut 13% of its office staff. 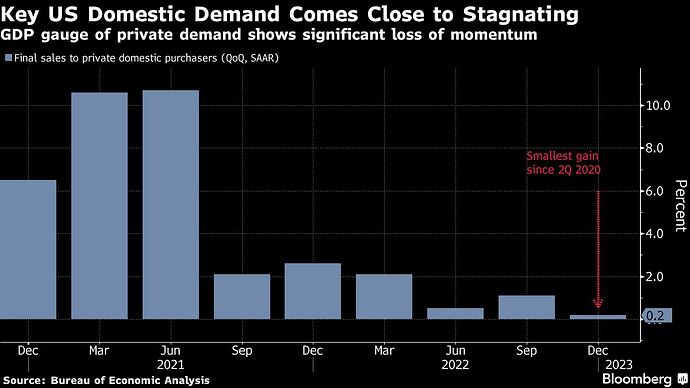 (Bloomberg) -- US manufacturing showed more signs this week of succumbing to the Federal Reserve’s aggressive interest-rate hikes that are taking a bigger bite out of demand and risk upending the economic expansion.Most Read from BloombergAdani Rout...

“Taken in tandem with the output data where industrial production has declined in six of the past eight months, it is increasingly evident that the manufacturing recession is well underway,” Wells Fargo & Co. economists Tim Quinlan and Shannon Seery said in a note to clients. 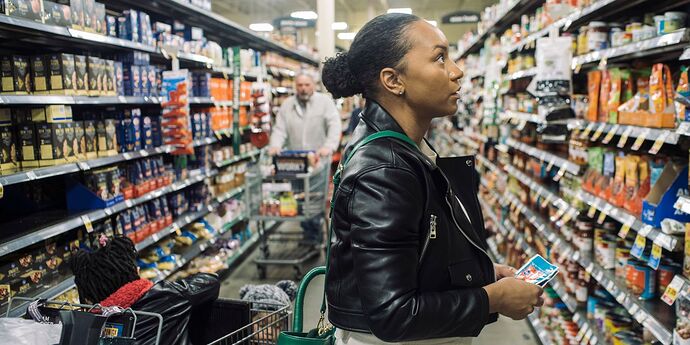 The U.S. Consumer Is Starting to Freak Out

The flush savings accounts and cheap credit that helped keep Americans spending at high rates since 2020 are disappearing, while inflation remains elevated.

The engine of the US economy–consumer spending-- is starting to sputter.

Retail purchases have fallen in three of the past four months.

Will somebody please inform the stock market of this

Maybe because I have been reading that it is the consensus that the FED will only raise .25% tomorrow. Happy days are here again. Is the FED at its maximum rate? Inflation is still at 5%. Powell seems adamant that he will break inflation. That he is willing to continue to raise rates throughout the spring. I don’t think the market believes him. And there has been much postulating that the US will have a “soft” landing and will avoid the recession. Optimism is in the air. Perhaps the optimists are right this time. I don’t believe so though. Time will tell.

I was going the same way. But it seems it’s time to just deal with reality and stop believing my lying eyes. Everything is known and easily assessed & triaged. Interest rates. Inflation. Potential for recession. Hard landing/soft landing. There won’t be any recession of any importance. Unemployment is too low. Nobody is cutting jobs in a big way. A few execs and some stories about “tech land white collar laborers.” No significant unemployment = people might b’tch like they always do but will keep working and eating Pizza and buying stuff. Any recession will be on paper only. Last I saw unemp was 3.7%. Gonna have to chop a lot o’ heads to make any difference. Inflation is down. A lot from not even a year ago. That’s what matters. Even Mr Fed, while barking about going to the wall with interest rates suggests smaller hikes. i.e: It’s as good as over. And I might add, this has been going on for two years now. And the market correction is going on 14 months. Almost the predictable historical limit for an off-the-rack correction.

There’s no tidal wave out there. These things are exactly the kind of things that are not, I repeat not, Black Swans or the elephant nobody wants to talk about like the 1999 tech bubble or the 2007 housing / banking disease.

We can continue to cuss and discuss how everything is still overvalued but they’ve been like that for years. It can be sustained a lot longer, as history and modern economic policies have shown.

The market continues to NOT believe Powell is serious. 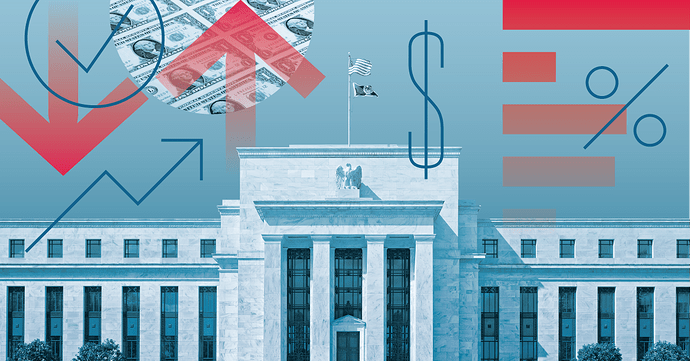 Fed Raises Rates and Says They Aren’t Done Yet. We Think They Are.

Even as the Fed says it expects “ongoing” rate hikes, we expect the next move will be to cut rates by year-end.

Ongoing data showing a drop in inflation, along with slowing economic growth, will induce the Fed to pivot to driving interest rates lower. We expect the Fed to even begin cutting the fed-funds rate before the end of 2023.

Fed chair Powell said in his news conference Wednesday afternoon that rates are “not yet in a sufficiently restrictive policy stance” and that the Fed expects “ongoing hikes”—note the plural—to be appropriate.

But Powell’s remarks failed to dissuade the market of its more-dovish views. Indeed, bond yields actually fell moderately, with the two-year Treasuries down about 0.10 percentage points on the day. Markets are probably focusing on Powell’s statements that the Fed’s decision-making will be heavily “data dependent” and conducted on a “meeting to meeting” basis.

Concretely, that means that if data comes in showing inflation coming down quicker than the Fed expects, then the Fed will adjust its anticipated monetary tightening downward. In particular, while the Fed is still expecting core inflation of 3.5% by the end of 2023 (in terms of year-over-year growth in the Personal Consumption Expenditures Price Index), we expect core inflation to fall much faster and reach about 2% by end of 2023.

IF IF IF
What will be the market reaction if inflation slows but not enough for Powell to stop ever increasing interest rates by .25% a month? Big decline? or Maintain current level as investors still live on the river DENIAL?

What will be the market reaction if inflation slows but not enough for Powell to stop ever increasing interest rates by .25% a month? Big decline? or Maintain current level as investors still live on the river DENIAL?

As long as investors perceive it as manageable they will be happy. So, The Fed has to apply a few extra 1/4% increases? How is that the end of the world? And what “denial” are they in now anyway? As I said in another post none of this is obscure. It’s pretty much in the open so reasonable decisions can be reasonably made. And what if the thing investors are in denial of actually happens? What kind of recession would that look like? I would submit: Not much

I just started putting some of my excess cash back into equities on a monthly basis because I don’t know what the Fed will do this year and I know I cannot time the market and I believe equities will prove to hold up well on a decadal time frame.

I started averaging back into equities because I do believe the Fed is serious. I believe that they will remain hawkish even if it causes a recession and a further decline in stock prices. Hopefully that means that I will be buying stocks that are more fairly valued this year than they were last year. And perhaps the next few years.

And now, it seems those layoffs are spreading into new corners of Corporate America.

Well, the labor market is not reflecting recession. The labor force grew by 8.5 million, over the 2012–2022 period while unemployment dropped to 3.5% by the end of the year.
The U.S. weekly jobless claims drop to nine-month low in Jan 2023 as 105k jobs were added to the US Economy despite layoffs at Amazon, FB, Google, etc…
Doesn’t look like the Reagan Recession