Resistance to Putin by ordinary Russians: the rail war and the activation of the opposition

Resistance to Putin by ordinary Russians: the rail war and the activation of the opposition 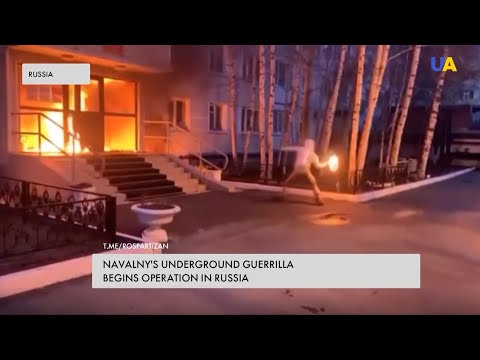 Associates of the Russian opposition leader Aleksei Navalny announced the resumption of the work of the politician’s headquarters in Russia. They plan to start an active struggle against Putin’s regime, war and mobilization. The network of contacts will be created anew. According to information from open sources, more than 50 organized groups of ‘railway resistance’ have been operating in Russia since the start of a full-scale war. Hundreds of acts of sabotage take place all over the country. Our correspondent found out how the underground guerilla is gaining momentum in Russia.

It looks like Russia may have some resistance in Crimea too. 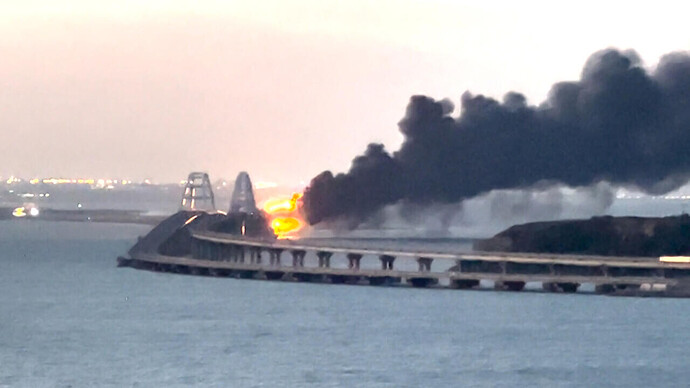 It’s the hottest meme on Twitter and the internet today: 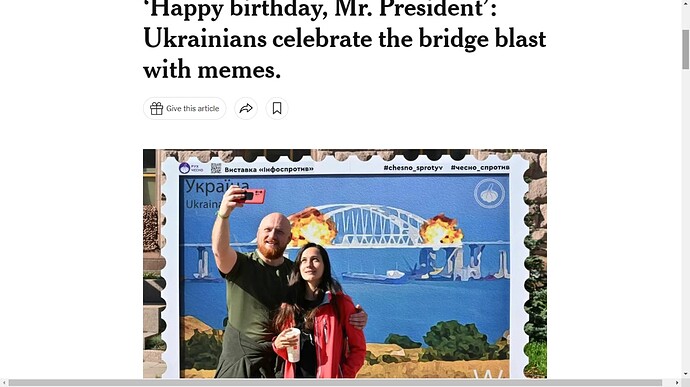 KYIV — Nearly every significant military gain for Ukrainian interests in the war with Russia has been met with jubilation from Ukrainians and their supporters, who flood social media with celebratory memes.

The blast on Saturday morning that damaged the vital Kerch Strait Bridge that links the Crimean Peninsula to Russia was no exception.

The bridge has both practical and symbolic resonance as it is not only a critical supply line for Russian forces in the country’s south but also a personal passion project for President Vladimir V. Putin. 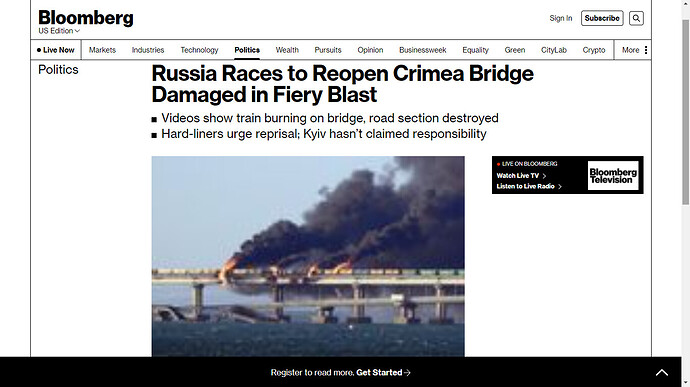 “Dropping a bridge span like this would take a lot of ‘bang’ (explosives) and a good demolition design,” military analyst Mick Ryan said on Twitter. “The hardest bridges to drop are reinforced concrete ones like this.”

Putin ordered the bridge to be built after annexing Crimea from Ukraine, calling the link to Russia a “historical mission” when construction began in 2016. The blast took place a day after the Russian leader’s 70th birthday, with Moscow’s forces in retreat across parts of southern Ukraine in the eighth month of his invasion.

Russia’s president opened the 19-kilometer (12 mile) bridge in 2018 by driving a Kamaz truck at the head of a column of vehicles along it. Russia spent about $3.7 billion to build the span.