Roman engineers not so dumb after all 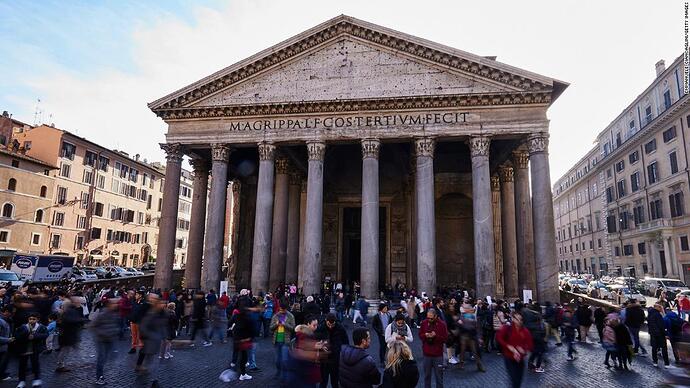 Mystery of why Roman buildings have survived so long has been unraveled,...

The majestic structures of ancient Rome have survived for millennia — a testament to the ingenuity of Roman engineers, who perfected the use of concrete.

Roman concrete, in many cases, has proven to be longer-lasting than its modern equivalent, which can deteriorate within decades. Now, scientists behind a new study say they have uncovered the mystery ingredient that allowed the Romans to make their construction material so durable and build elaborate structures in challenging places such as docks, sewers and earthquake zones.

They found that white chunks in the concrete, referred to as lime clasts, gave the concrete the ability to heal cracks that formed over time. The white chunks previously had been overlooked as evidence of sloppy mixing or poor-quality raw material.

(T)he researchers concluded that lime clasts arose because of the use of quicklime (calcium oxide) — the most reactive, and dangerous, dry form of limestone — when mixing the concrete, rather than or in addition to slaked lime.

Additional analysis of the concrete showed that the lime clasts formed at extreme temperatures expected from the use of quicklime, and “hot mixing” was key to the concrete’s durable nature.

“The benefits of hot mixing are twofold,” Masic said in a news release. “First, when the overall concrete is heated to high temperatures, it allows chemistries that are not possible if you only used slaked lime, producing high-temperature-associated compounds that would not otherwise form. Second, this increased temperature significantly reduces curing and setting times since all the reactions are accelerated, allowing for much faster construction.”

To investigate whether the lime clasts were responsible for Roman concrete’s apparent ability to repair itself, the team conducted an experiment.

Their findings suggest that the lime clasts can dissolve into cracks and recrystallize after exposure to water, healing cracks created by weathering before they spread. The researchers said this self-healing potential could pave the way to producing more long-lasting, and thus more sustainable, modern concrete. Such a move would reduce concrete’s carbon footprint, which accounts for up to 8% of global greenhouse gas emissions, according to the study.

For many years, researchers had thought that volcanic ash from the area of Pozzuoli, on the Bay of Naples, was what made Roman concrete so strong. This kind of ash was transported across the vast Roman empire to be used in construction, and was described as a key ingredient for concrete in accounts by architects and historians at the time.

Masic said that both components are important, but lime was overlooked in the past.