Last year we had our home, shop re-roofed, repairs as needed as some rotted facia boards, other spots showed up after 30+ years… The son of the last roofer did the job, and did very well, we had the gutters all replaced, with gutter guards to keep me from having to use ladders, etc… Used to go up, walk the edges, blow out everything with an Echo gas blower… No more.

Our real heavy rains came this week, here in Sonoma County, CA. Well, the valley flashing overloads the corner gutters, so off it goes to the deck below instead of down the downspouts as it should. Considered making up a widget, but in the end, let someone else make it for me, will attach next weekend if it’s possible… I give up easy…

Yup. Regular gutter guards work fine except when they’re overloaded, but still most of the water goes down the tube.

But at the hip valleys the volume can be doubled, and they don’t seem to think about that. I had the same issue at the other house, and yes, the little deflectors solved it. I paid a guy to put them up, which took less than an hour, and the problem was done.

I had those bull-nose curved “surface tension” covers because being surrounded by trees any of the “screen type” just got clogged up, and they were 98% effective. During the heaviest rains some would slop over, but not enough to matter. They were expensive, as I recall, costing as much or more than the gutters themselves!

We’ve taken down the worst culprit, a big old Creek Alder that used to clog things up, but there are still other leaves, and the slotted guards, but I do see debris has blown up in our recent, current storms… This is the corner, the valley just overloads it… The installers dis good, it was a bit over $3K for the 1500 sf home, plus the 16’x24’ separate shop, definitely a bargain, way beyond my abilities… I’ve spray cans of matching paint, so I didn’t care what color I ordered, really only need one, but they come in pairs or 3s, so, more spare parts, I guess… They did increase the downspout sizes, particularly here in the rear where the two roofs feed into he one drain…I worked a deal years ago to both of us sharing a buried drain to the street… Other gutters have their own buried drains, other than the back side of the shop, apparently I forgot it when I was trenching years ago… Neighbor has a French drain that takes that runoff as well as hers… Sharing works! 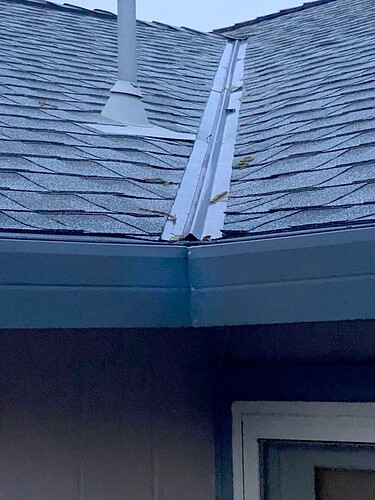 I’m curious as to how gutter installers handle interruptions in the line of their install? We have an arbor with 3 anchors attached to the rear facia plus another area has a bracket for a tower guy. I estimate the anchors are roughly 8 feet apart. Do the installers just skip this area or create multiple down spouts or what?

We have to same issue with heavy rains. Just something to live with and not worry too much about. My only disappointment with our gutter guards, a couple areas where pine needles seem to stick in the seem between 2 pieces. Fortunately can reach it with a window cleaner mop.

We’ve taken down the worst culprit, a big old Creek Alder that used to clog things up, but there are still other leaves, and the slotted guards, but I do see debris has blown up in our recent, current storms…

Ha! “The worst offender.” We had 30 “worst offenders”, as close as 3 feet to the house. This is our last house, surrounded by trees everywhere except where the driveway meets the garage (and there were 3 trees that overhung the driveway!). 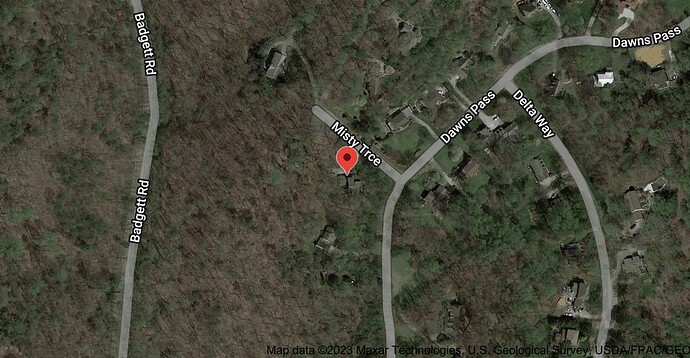 I tried all manner of gutter guards with screens and slots and whatnot (back when I was dumb enough to go roof climbing), but the bullnose “surface tension” ones worked (Gutter Helmet, I think). They also changed all the downspouts from 2x3 to 3x5 or 4x6 and that was a requirement of the system, I forget the exact dimension, but after cleaning the gutters twice a year prior, I never had to again. Cost $6000, IIRC.

Eldest Brother’s cabin in the Sierras, on the edge of the Stanislaus Nat’l Forest, was surrounded by monstrous Ponderosa Pines, with the drought came pine beetles, that killed them all. There was a program that had them taken down at his place, likely saving the place. So before that, his solution for all the pine needles were solid covers, where the water went across and tension pulled it one the gutters… Not perfect, but what was available in the '60s, when we built it… So after that we had open skies, stars, nearly unseen for many years… That’s Bayer, the bear he had caved years earlier… This was in 2017… It was all hauled away, Pine is not useful as firewood, so it was all chipped… One less hazard…
How it looked in '06" 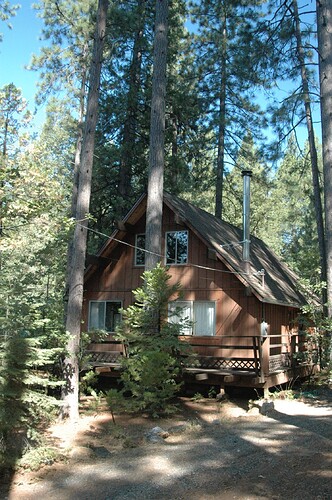 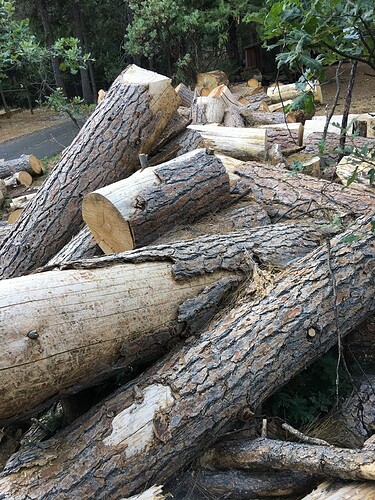 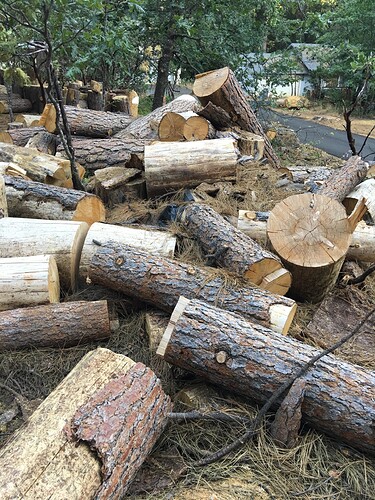 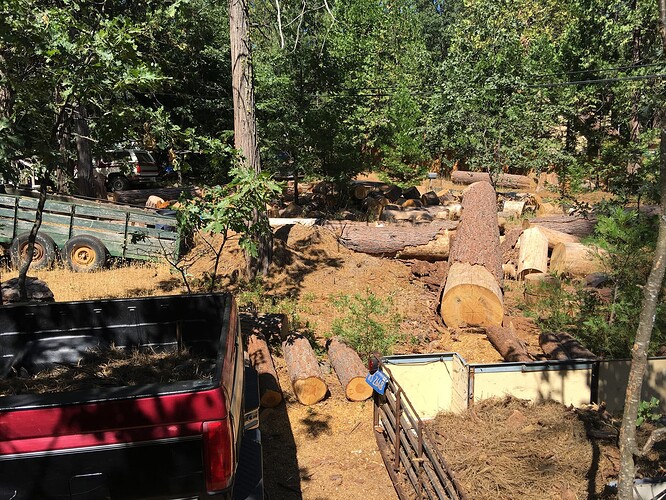 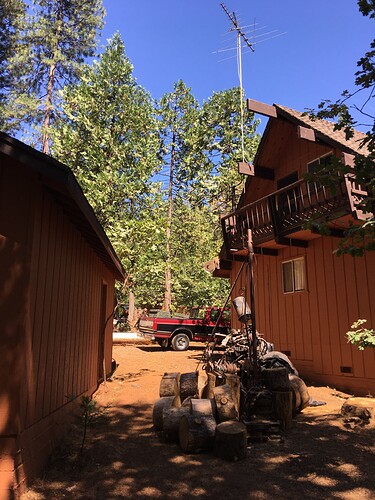 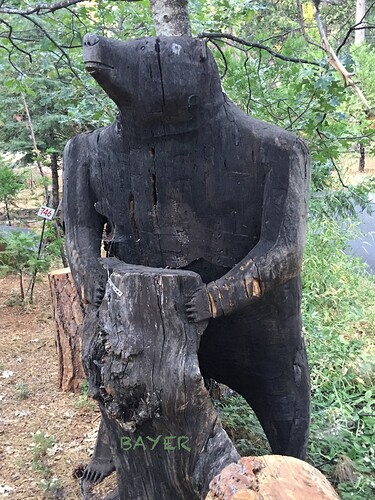 The diverters came Friday, simple things, but they were white, so I had to repaint to match, too wet, rainy to get out there and install the one I need… But at least I’m ready!

I even painted the screws they sent… Unclear why they sent so many, but… Even a magnetic driver bit… 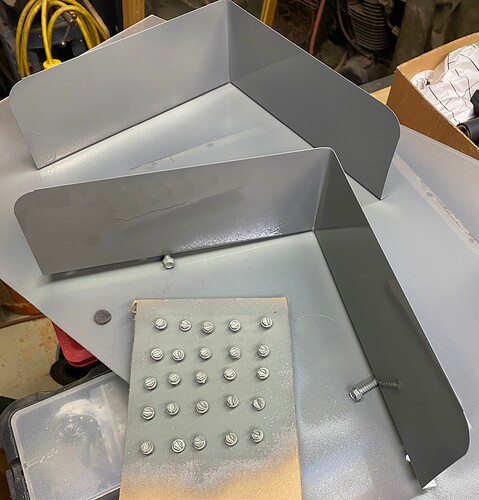 …screws… Unclear why they sent so many…

That is so you can drop a few down the downspout without panicking.

I’m guessing that the tips are shaped like the tip of a drill bit? 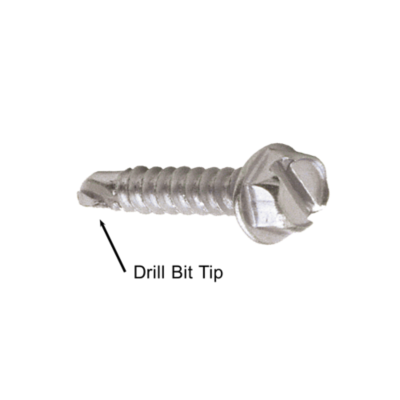 Shop Rowley's Hex Head Slotted Self-Drilling Screws. Screw into most metals without pre-drilling. Can screw into wood trim without splitting wood. Save time... Drill and fasten in one operation. Wholesale pricing and same day shipping.

I first encountered them when they were putting up walls in the office using metal studs, but those had bugle heads like drywall screws. A great ideal.

These aren’t drill bitted, but I have a lot of those from other projects, handy. These are just posted, rely on friction, it a predrilled hole to get started. The danger then is to overpower the threads…

Yes, way back I had to mount switch boxes onto 4" steel square tubing stanchions, 1/4" thick, and the self-drillers worked great, a new sharp drill bit with every one. So naturally, I’d buy them by the box instead of a few and load up those plastic divided boxes with the different sizes… So a bit of overload today, but handy at times… A few of them are electrical connectors, crimp splices, ring terminals for light wiring… 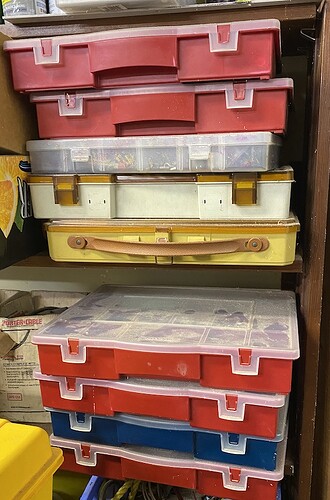 too wet, rainy to get out there and install the one I need… But at least I’m ready!

You’ll get some sunny weather in a couple of days! And they’ll probably stay dry for a month so it will be a while before you can see how well they work 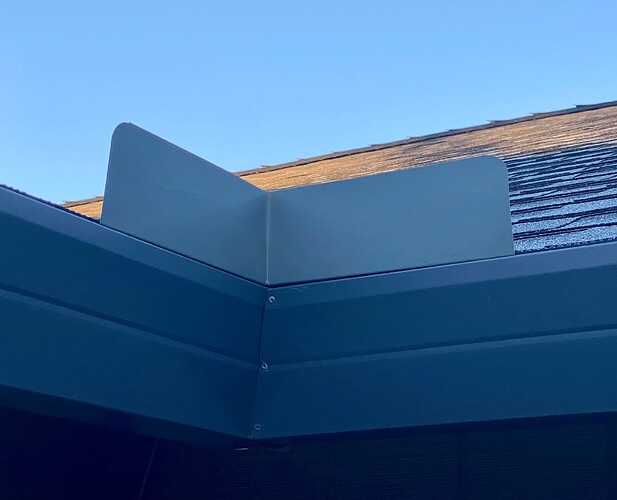