Defense industry taking their nation for a ride is not restricted to the USA.

The US Ford class aircraft carrier, Littoral Combat Ship & the trillion $ Work in process F 35. And in the US future is the upcoming $2 billion per bomber B 2.
Now the Germans join in with their new Puma Infantry Fighting Vehicle. During an exercise all Pumas failed. The German army are pulling them from service & putting the old IFV back in service. The Germans currently have 350 Pumas on service with 200+ on order.
And the Germans just signed a contract to buy the problem plague F 35.
And worse there is a leaked report that suggests the Bundeswehr only has enough ammunition for two days of intense fighting. It is unknown if that is true as ammunition supply is a state secret. We do know that NATO air forces ran out of smart bombs while conducting their Libyan adventure at the behest of the US betters. The US had to resupply them & also provide air reconnaissance as NATO had limited resources.

The state of the Bundeswehr’s hardware has long been a topic of concern: There have been several stories in recent years about tanks and helicopters that needed repairing, rifles that fail in hot weather, and soldiers having to train in the cold without thermal underwear.

At a conference in Berlin in late October, Latvian Defense Minister Artis Pabriks asked his European colleagues, “We’re prepared to die, are you?” Addressing the Germans specifically, he said, “A lot will depend on the military power of your country, and, I’m sorry, your military power is currently not there.” 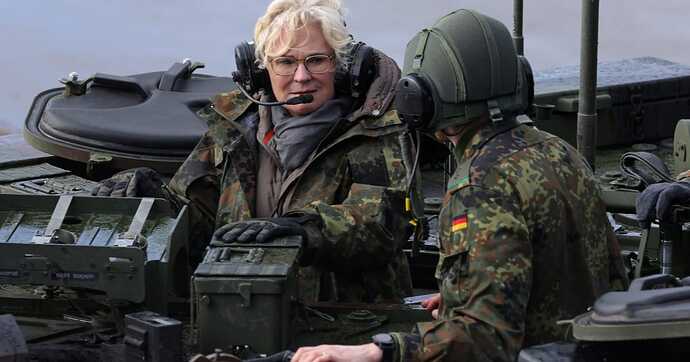 During a recent exercise, all 18 participating Puma infantry fighting vehicles broke down. 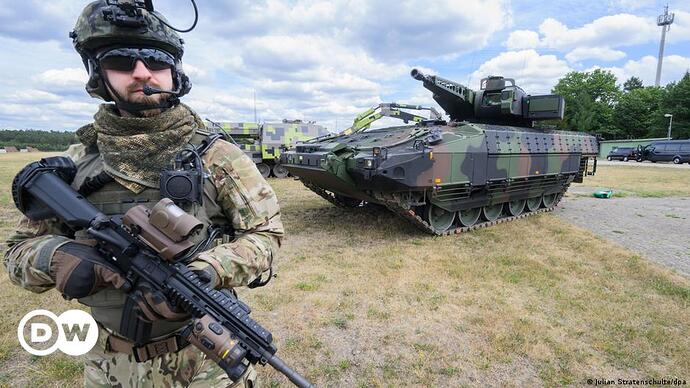 The German-built infantry fighting vehicles were reportedly plagued by defects during a recent training exercise. The incidents have jeopardized the vehicle's use in NATO's spearhead force next year. 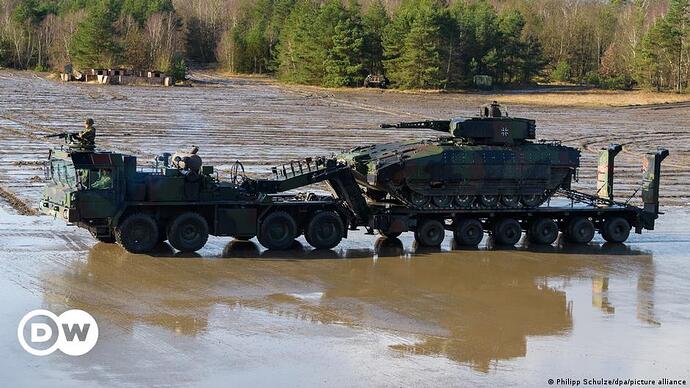 Following Russia's attack on Ukraine, German leaders vowed to boost the Bundeswehr and take on a leading role in NATO. But now there is yet another debacle: All of the cutting-edge Puma tanks are unfit for action.

Military has always been technology driven. Pushing the envelope always includes some risk. It seemed like a good idea but didn’t work out. It happens.

Demonstration trial items are necessary. Building hundreds of them before they figure it out shouldn’t happen. But then how do you rate high maintenace, hard to keep in service.

Thorny topic. No one is perfect. Duds are part of the innovation process.

Military has always been technology driven

Lately.
Large wars, and maybe the Ukraine War, like WW 2 was won by production. The Sherman & T 34 tanks* were inferior technically to German tanks. The allies just had so many of them. The US had inferior fighter aircraft until the end of 1943 but made a boatload of them.
The Ukraine is relying on US military equipment & ammunition from NATO & the US. Without such help the Ukraine might have already lost.

The welding work on the T-34 was at first immensely crude, but as The Welding Engineer (Dec. 1952) pointed out: “The T-34 was designed with one idea in mind - to provide firepower. Any humanitarian considerations, like protection of the crew, are purely secondary.”
https://www.globalsecurity.org/military/world/russia/t-34-production.htm 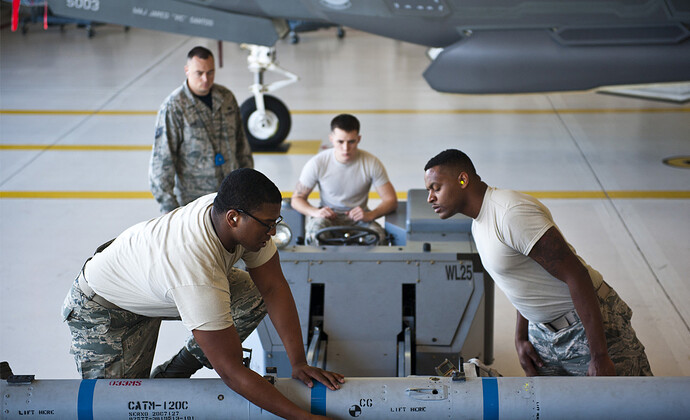 The F-35 program is not ready to begin the critical combat-testing phase, the Pentagon’s testing director said in a previously undisclosed memo, marking another setback in the development of the Pentagon’s largest acquisition program.

The memo, issued on August 24, 2018, says the program has not met the necessary entry criteria to begin the crucial combat-testing phase called Initial Operational Test and Evaluation (IOT&E). It comes on the heels of the revelation, reported first by POGO, that program officials have been trying to make it appear as though the program has completed the development phase, by altering paperwork to reclassify potentially life-threatening design flaws to give the appearance of progress rather than actually fixing them.

The keys to the $1.5 trillion dollar program was awarded to LMT in 2001. The first prototype flew in 2007. The first deliveries began in 2015. And the F 35 is STILL plagued with problems.

One would think that persons or corporations would be held responsible for endangering the security of the nation for turning out such shoddy krappy equipment. Apparently not though as we return to the concentrated defense industry. Hey where can you go?
TBTF banks execs did not go to jail for 2008 & reoccurring scandals.
Anyone else notice corporations running rough shod over the public? And the lack of enforcement from our government to make corporations toe the line?

I remember reading about another case of shoddy military equipment that called for hearings in 1942.

In 1942, aviation pioneer and company founder Glenn L. Martin was called before the Senate Special Committee to Investigate the National Defense Program, (or also known as the “Truman Committee”), which was investigating defense contracting abuses. Senator Harry S Truman of Missouri, the committee chairman (and future Vice President and 33rd President of the United States in 1945-1952), asked Martin why the B-26 had problems. Martin responded that the wings were too short. Senator Truman curtly asked why the wings had not been changed. When Martin replied that the plans were too close to completion, and his company already had the contract, Truman’s testy response was quick and to the point: In that case, the contract would be canceled. Martin corrected the wings.

Of course this case is different from the F 35. The manufacturer knew what the problem was. LMT haven’t a clue or rather the weapon is just too darn complicated & intricate.

We all know what the problem is money in politics. Until we can separate the two our representatives will remain the bought dawgs of corporations.

Martin responded that the wings were too short. Senator Truman curtly asked why the wings had not been changed. When Martin replied that the plans were too close to completion, and his company already had the contract, Truman’s testy response was quick and to the point: In that case, the contract would be canceled. Martin corrected the wings.

iirc, it was a bit more complicated than that. The Army made some demands regarding the speed the 26 was to attain. To make the speed requirement, Martin designed short wings, to reduce drag. The resulting high wing loading made the plane tricky to handle at low speed. Experienced crews had no problem with the plane. Trainee pilots were the ones that got into trouble.

Lengthening the wings required a contract change be negotiated with the Army, which was done. But, in that contract change, the Army also requested more equipment. So, while the wings were lengthened, the extra equipment added so much weight there was no improvement in the wing loading.

Trivia question: which WWII bomber flew more combat missions than any other? “Flak Bait”, a B-26, with 202 missions. “Flak Bait” is now undergoing restoration at the Smithsonian. 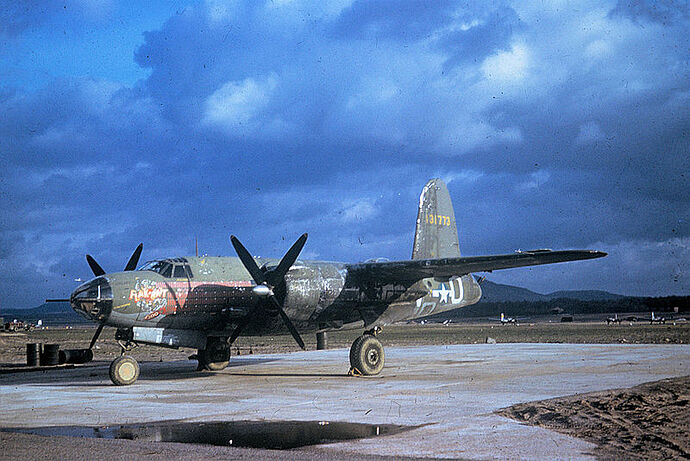 Of course this case is different from the F 35. The manufacturer knew what the problem was. LMT haven’t a clue or rather the weapon is just too darn complicated & intricate.

Remember when our guys were being killed by RPGs in Iraq. The Army considered buying the Israeli vehicle defense system, which has been proven in combat. Raytheon said “oh, no, have us develop one instead”. After 20 years, our guys still have nothing, because Raytheon’s “Quick Kill” is still in development.