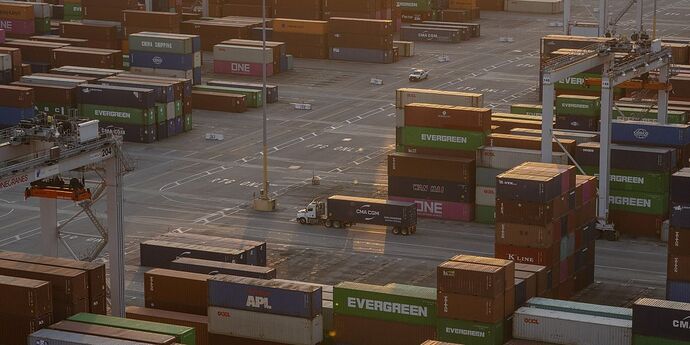 Supply Chains Upended by Covid Are Back to Normal

Supply Chains Upended by Covid Are Back to Normal

…
Goods are moving around the world again and reaching companies and consumers, despite some production snarls and Covid outbreaks inside China. Gone are the weekslong backlogs of cargo ships at large ports. Ocean shipping rates have plunged below prepandemic levels.

The U.S. Postal Service, which makes last-mile deliveries for several package delivery companies, said its previous investments in new sorting machines have helped expand its daily package processing capacity to 60 million a day. This has helped it better handle the holiday mailing and shipping rush. … The major railroads, Union Pacific Corp., CSX Corp., BNSF Railway and Norfolk Southern Corp., said they have managed to hire more train and engine crew members in the second half of the year, following months of difficulties in recruitment… [end quote] 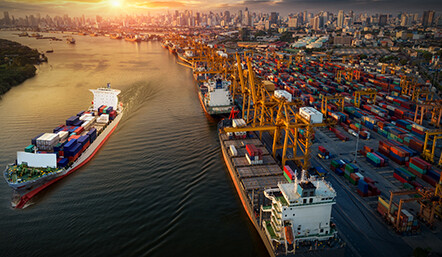 Our index tracks the state of global supply chains using data from the transportation and manufacturing sectors.

Easing of the supply chain will improve profits at companies that do a lot of shipping, including retailers.

The core inflation rate most closely watched by the Federal Reserve eased further in November, though a touch less than expected. Yet Fed chief Jerome Powell has recently put the focus on a new “most important” inflation rate to make the case for continued rate hikes: PCE services less housing, which slipped to 4.3% last month. … The PCE (personal consumption expenditures) price index rose 0.1% on the month. The PCE inflation rate continued to ease from June’s 40-year high of 7%, slipping to 5.5%. Core prices, minus food and energy, rose 0.2% on the month as the annual core inflation rate eased to 4.7%… [end quote]

The Federal Reserve prefers the PCE inflation index to the CPI. (These are generated by different government agencies.)

Goods inflation and housing-related inflation are easing somewhat. The Fed is focusing on services because wage-price inflation was a serious problem in the 1970s. And wages are still growing strongly in the latest PCE inflation report.

Real gross domestic product (GDP) increased at an annual rate of 3.2 percent in the third quarter of 2022 (table 1), according to the "third" estimate released by the Bureau of Economic Analysis. In the second quarter, real GDP decreased 0.6 percent.

Real gross domestic product (GDP) increased at an annual rate of 3.2 percent in the third quarter of 2022 (table 1), according to the “third” estimate released by the Bureau of Economic Analysis. In the second quarter, real GDP decreased 0.6 percent.

The CPI and PCE indexes are slightly different.

A Comparison of PCE and CPI: Methodological Differences in U.S. Inflation...

A Comparison of PCE and CPI: Methodological Differences in U.S. Inflation Calculation and Their Implications 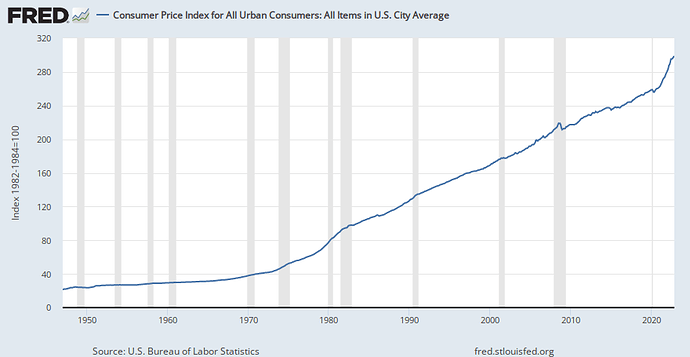 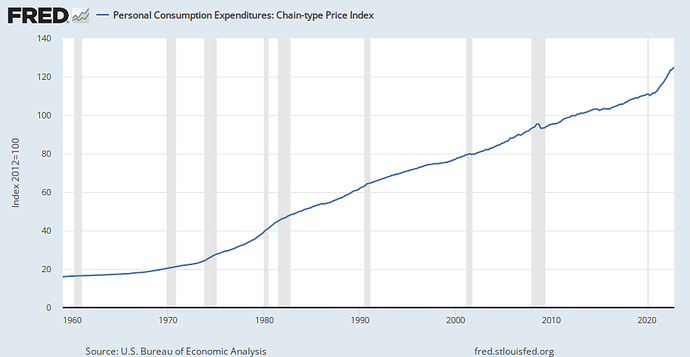 Both indexes show that inflation is slowing. But the Fed is looking at the line items of the PCE and is worried both about the total (they are looking for 2%) and the line item of labor costs which are growing faster than they want.

This is overall a neutral to bullish report. It doesn’t change the Fed’s announced path of raising the fed funds rate in 1Q23. The strong real GDP growth in 3Q22 coupled with strong wage gains would be good news for workers and stock investors in normal times.

It’s hard to say how the market will take this.

Shipping. Shipping rates have crashed / implying containers are empty. That’s good for supply logistics generally, but not good for supply (of stuff). ‘below cost’ is going to lead to destruction of shipping capacity. That will lead to a fresh logistics crisis later on. Economic earthquakes and aftershocks.

" Container shipping rates may pull out of their steep dive early next year and the industry’s shift to a less-profitable period will probably be a “softer landing” than previous downturns, the CEO of the world’s fifth-largest ocean carrier said."

“When asked on a conference call Wednesday about the decline in shipping rates, Rolf Habben Jansen, chief executive of Hamburg-based Hapag-Lloyd, said, “I do expect that some of them will bounce back up again as well, because some of them are currently simply way below cost again.””

China. China will be an absolute mess for months to come, plus will probably take a multi-year knock to productivity from long covid. This surely has to affect supply of goods. China’s output was already in trouble from lockdowns.

This is overall a neutral to bullish report.

Well that is what is being sold to us.

WSJ:“Ports are clear, shipping rates have plunged, retailers enjoy ample inventory and delivery companies have spare capacity.”
Couldn’t the above be because we are entering a recession and the rise of Covid in China is cutting their exports?
I know Tesla has idled their Shanghai plant as Covid hits their workers & their parts supply workers*. Personally I’ve noticed my grocery bills have risen about 30%. While tht does not affect my lifestyle a significant portion of the American populace lives paycheck to paycheck. Increased grocery bills will cut their disposable income. Are these putting their X-mas spending on a credit that will delay reduced spending as they pay double digit credit card interest or are they cutting back on spending now?

Yes inflation dropped in November. So did retail sales. Related?

My reading of the tea leaves differs from others. Am I right? Heck I don’t know.
Just Like I don’t know if we are at the bottom for the stock market. Outflows from mutual funds hit a peak recently. So the retail investor has bailed. My crystal ball is fuzzy on that prediction too. We could be in for a further stock market down draft if retailer’s X-mas sales tank this year.

The suspension comes among a rising wave of infections after China eased its zero-COVID policy earlier this month, an abrupt move welcomed by businesses and the public but heavily disrupting business operations in the short term.

One of the people said workers at Tesla and its suppliers have also been falling sick as part of this wave, posing challenges to operations in the past week. 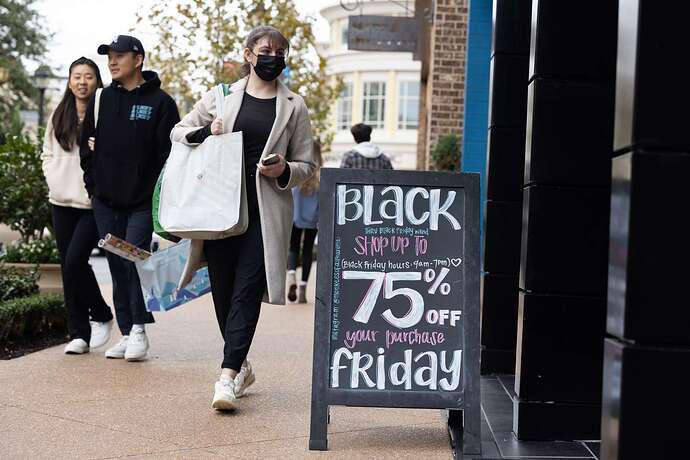 Retail sales fell 0.6% in November, the largest decline this year and double what economists expected, as an economic slowdown and rising borrowing costs continue to weigh on consumers. 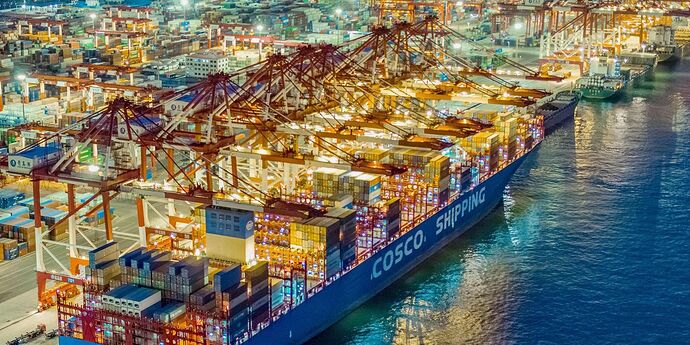 I think the slowdown in China is an indicator of a future growth of inflation and and an uptick in supply chain problems.

Unless, of course, it triggers a global recession…