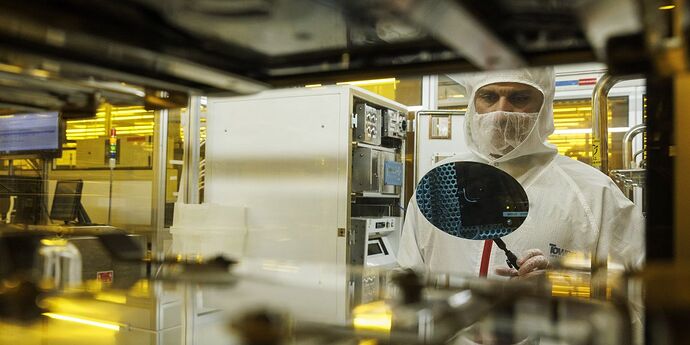 For Chip Makers, the Flip from Shortage to Glut Intensifies

For Chip Makers, the Flip from Shortage to Glut Intensifies

The chip industry has pivoted hard from a clamor for higher output to cost cutting as it adjusts to a slump for semiconductors that has infected almost all parts of its business.

Shares in the PHLX Semiconductor Index are down by more than 40% this year through Friday, almost double the decline in the S&P 500. …

Now that consumers aren’t buying as many phones or PCs, manufacturers are running through those chip inventories rather than placing new orders…Many chip executives don’t see a near-term reprieve. “We are planning for the economic uncertainty to persist into 2023,” Intel CEO Pat Gelsinger said on an earnings call last week. “It’s just hard to see any points of good news on the horizon.”…

In the U.S., a bill approved this year provides for $39 billion of incentives for chip-plant construction, plus tax breaks on manufacturing equipment purchases…[end quote]

The chip business is notoriously cyclical, prone to over production and competitive price pressures.

It takes a long time to build a new plant. It’s a huge risk with a potential long-term payoff.

Is INTC a good long-term hold with a dividend yield over 5%? Assuming I live to 2030, that is. It’s a falling knife right now but maybe in a year…

Reminiscent of the day after Thanksgiving, 2000. That was the day Broadcom issued an earnings warning, when the market was working a short day and most people were out blowing vast amounts of money.

Seems that the semi’s order books were bulging because customers were double and triple ordering, in the hope that someone would deliver when the parts were needed. As supply caught up with demand, the redundant orders were cancelled, and the earnings warnings flowed.

The situation with Intel is … complex. Their success in the next 5-10 years might be determined more by China’s military policy re: Taiwan than by anything Intel actually do in their factories. And in their factories, chance breakthroughs in process / materials can be make or break.

At the moment, there are 3 large companies capable of producing state of the art(-ish) CPUs. Intel, Samsung, and TSMC. Of these, Intel is in position 3, in terms of how advanced their technology is, but also in terms of the opportunities they have available to sell. For example, TSMC and Samsung make chips for GPUs, for mobiles, for all kinds of computers etc including ordinary PCs. Whereas Intel is predominantly making chips for PCs of various types (CPU, network).

In terms of judging how long a semiconductor downturn can last, I recommend browsing quarterly earnings for a few big companies.

Micron, for example, one of the largest memory manufacturers, is notoriously cyclical. 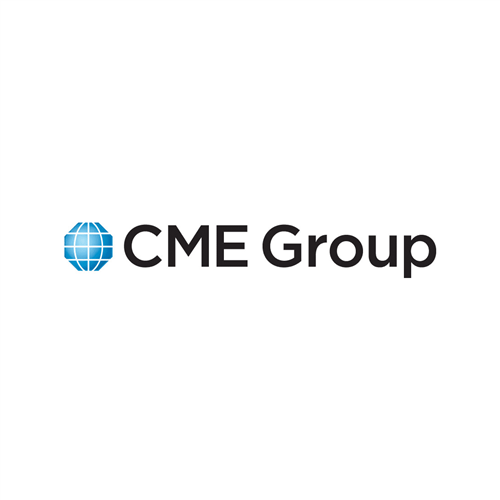 If you scroll down to “Micron Technology Earnings History by Quarter” and view between 2008 and now you’ll get the idea. We’re coming off cyclical highs and it will probably be 2 years before we start the next cycle (2024), likely in time with recovery from a moderately tough recession. However, in fairness, memory is more of a commodity industry than logic (CPUs) historically; but that may be changing.

This graphic will give you a rough idea: 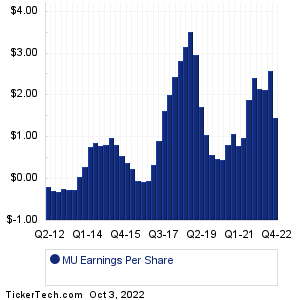 I’m not sure with Intel. I think I will buy some, but I’m really hoping it drops down to the $20-22 range first. That might seem a big ask until you consider Intel’s stock performance in the dotcom tech/recession period.

If you look at Intel’s progress since the year 2000, it’s not overwhelming, and they have bigger problems than ever in the form of TSMC and also in a change in computing trends towards mobile rather than desktop. They have failed to thread the needle for years and they now need to thread several needles in a row.

I think Intel at $25-28 will probably do well on a 5-10 year basis, probably slightly better than the index, but the margin of error and uncertainty in my guesses is huge. It may be in the ‘too hard to figure out’ category.

One last point: the CHIPS act isn’t really a ‘gain’ for Intel except in the sense it means their factories are built on ‘safe’ soil. The costs of building factories in the US and hiring US workers rather than e.g. Taiwanese is considerably higher and the CHIPS act largely covers that gap. So I would consider the tens of billions they are getting as ‘zero after increased costs’ except if we see a major war in Asia. It’s a lottery ticket rather than a straight bonus to the books.

I can’t find the article now, but I recall maybe about 8 - 10 months ago reading an article about Intel’s legacy proprietary chipset development software which is difficult to maintain, difficult to learn and does not play well (ie. seamlessly integrate with) commercially available chipset design software.

I wish I could find that article again, as it stated pretty clearly, from a former Intel chip designer’s perspective why Intel is having such a hard time getting new designs out the door.

As a “IT” guy, it’s like working with a bunch of mainframe systems architecture where everything is spelled out and must match exactly, compared to more modern apps which work together with APIs and XML data structures which allow easy integration and flexible architectures.

As a former IT guy, I see this as a real and tremendous challenge to the entire design and production organizations which will have to re-tool their design factory for the modern age. Maybe the Inflation Reduction Act will allow them the funds, time and staffing needed to do the job. It’s quite a gamble.

I was trying to recall the comments made by one of Intel’s CEO’s on innovation. While doing a search, I found this interesting commentary made after Andy Grove had passed away 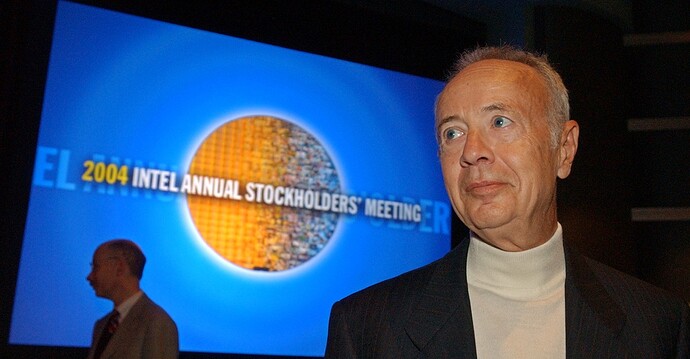 Andy Grove’s life reveals the role of government in creating and nurturing Silicon Valley—and the dangers of disinvestment.

Interesting commentary on the “role of government” and acknowledgement of some of the positive contributions made by government funding. 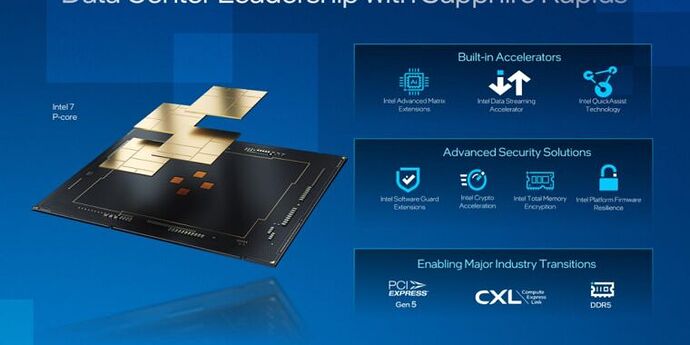 CPUs have been trickling out of Intel, but still waiting for volume shipments.

LUX: Intel’s total failure to produce cutting-edge chips for business (Sapphire Rapids) for the last few years may be finally coming to an end. This series of updates to the Xeon lines were meant to be released in 2021 and are now 2 years late.

Perfectly timed for a recession in corporate and data warehouse spending.

Separately, on a geeky forum I follow, there were engineers with decades of experience in semi tech chipping in that ‘contract work is not in Intel’s DNA’ and that they had seen similar desperate attempts to pivot by IBM historically, which didn’t pan out. Everything - terms, tools, processes - was proprietary to IBM, and no one wanted to work with that. The world passed them by.

They made the observation that Intel optimises their chip designs and processes so they can make e.g. 10 different chips, 100 million copies of each, whereas TSMC optimises their processes and rules so that 1000 companies can make 1 million chips each as conveniently as possible.

Intel has been focused on getting the fattest possible margins from a given slice of silicon for a tiny number of designs, TSMC is interested in the scale of the market of contracts to make chips they can access (albeit at lower yields and less value per slice of silicon - but the resulting yield is their customer’s problem).

Ultimately this has led to the situation where Intel is unable to fabricate their own new GPU designs at a state of the art node, and Intel is having to pay TSMC to make those chips for them. It’s rational from a business perspective but speaks volumes about how much progress Intel is making in pivoting to a foundry model & with process tech, if even Intel’s own teams aren’t using Intel to fabricate their GPUs.

Recall about a year ago when we were all discussing the auto chip shortage and this was the rallying cry for why we needed the government “to do something?” And we got the CHIPS act which has done nothing for the chips auto makers need. And the auto chips shortage continues and no new FABs have been built (it takes years), maybe there has been a ground breaking ceremony.

The auto chip shortage is so bad that Toyota will now sell you a car with just one key fob instead of two. 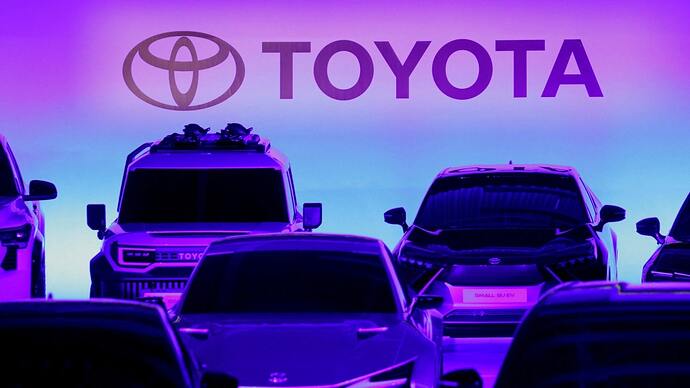 Toyota to limit smart keys to 1 per new vehicle sold, due to semiconductor...

Amidst a global shortage of semiconductors, Japanese automaker Toyota Motor Corp. reportedly announced that it would replace one of the "smart" keys for its cars. 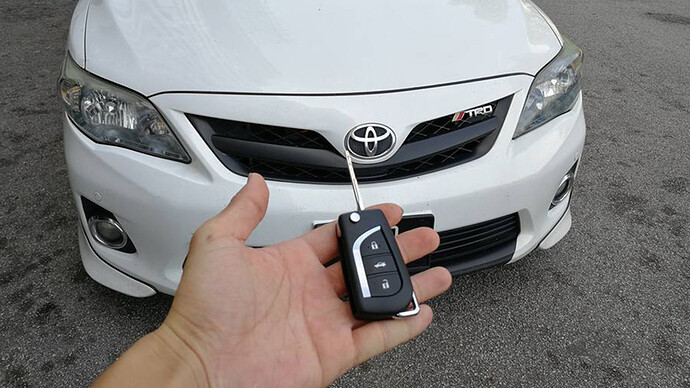 TOYOTA has revived old-fashioned metal car keys as it struggles to fulfill orders for semiconductors needed for its smart keys. The global chip shortage has affected several industries, but this is…

Where did the production capacity go? We heard it was diverted to other products during the pandemic, after automakers backed off orders and the consumer mix of products purchased changed to buying a lot more home entertainment systems etc … but it seems like things should be getting back to normal.

Most of the small chips used in cars are built on old process technology (10+ years old, for example).
They aren’t building more of these FABs. If car demand stays high there will continue to be shortages until car makers design newer chips that use newer process technology. Not a lot of requirements for newer technology in key fobs, I guess.

Most of the small chips used in cars are built on old process technology (10+ years old, for example).

Those chips could be redesigned to be more efficiently produced (higher volume) using a more current fab, but we don’t know how much longer they will be using that old technology (meaning the old circuit boards, etc). It may be more practical to go to an ASIC, but with the big move to EVs now in progress, it may be more cost-effective to simply “make do” with the older tech as it mostly “goes away” on its own (fewer ICE and more EV vehicles over time).

Those chips could be redesigned to be more efficiently produced (higher volume) using a more current fab,

Sure, they could be redesigned. But many come from a supplier that makes parts for several car makers and they probably get the chip design from another company and haven’t yet spec’ed out a new chip (as of last year), gotten samples, verified functionality and gone through full robustness testing, etc.

Interesting that there seems to be chip shortages for automobiles. It certainly looks like there are plenty of chips for Amazon FireSticks!!!