The FDA on the dangers of Lasik

Basically 10% of 500k people have problems with Lasik every year. That means there are 50k people who truly are unhappy to put it one way. The greedy do not want the greed set aside. 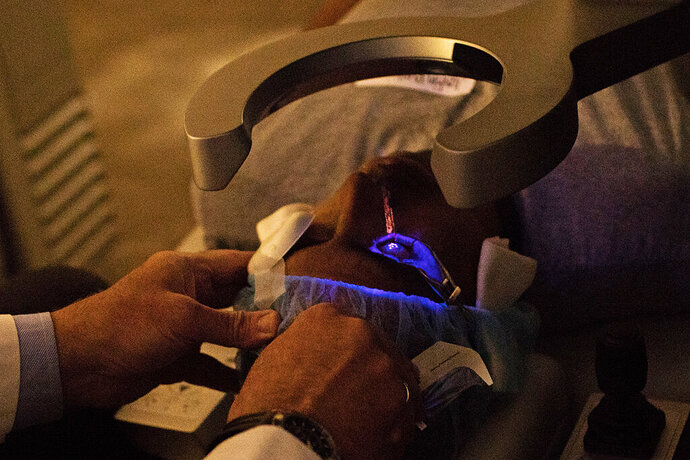 Lasik Patients Should Be Warned of Complications, F.D.A. Draft Says

Draft recommendations by the agency describe dry eyes, visual disturbances and other side effects of the procedure. Surgeons say the benefits are being ignored.

"Patients considering LASIK surgery should be warned that they may be left with double vision, dry eyes, difficulty driving at night and, in rare cases, persistent eye pain, according to draft guidance by the Food and Drug Administration. After surgery, patients might still need eyeglasses, the document warns.

If put into effect, the agency’s warnings are likely to come as a surprise to many Americans, who view the procedure as safe and commonplace. Every year, more than half a million adults undergo LASIK surgery to correct poor vision."

“…Organizations representing surgeons and medical device manufacturers have gone on the offensive, accusing the FDA of meddling in the practice of medicine and saying the information is one-sided and will needlessly frighten patients.”

He noted that over 90% of patients in the FDA’s own studies expressed satisfaction with the results because they “are achieving good vision without spectacles, which is the goal of most patients.”

I had the lasik procedure in the mid 90’s. Star patterns around lights and dry eyes were the complications that I experienced. They went away in a few months. Those are minor compared to going from 20/400 to 20/20. The surgery takes about 2-3 minutes. It’s controlled by a computer that does a precise correction based on real measurements of your eye under topical anesthesia. It’s almost foolproof. I don’t know why this hit article has come out by the FDA, but it’s a pretty simple and quick procedure with a very high safety profile. Today, I still have 20/25 vision at distance and my near vision is very good as well. The cost savings from no contacts and no glasses has paid for my surgery. When my son graduated from college, I paid for his lasik as a graduation gift (2008). To this date he says the best gift he ever got was his lasik…doc

Not an opthalmologist or affiliated in any way with eye surgeons

I’d guess because of the 10% problem rate. Most medical procedures, other than truly life saving ones (like chemotherapy that has a very high failure rate), with that kind of rate need to be closely examined.

So statistically there is a 10% problem rate (50,000) and 99.9% of those are minor temporary problems. Every patient is told about the complications and sign a consent acknowledging this fact. These complications are not failures like in chemo (resulting in death) but minor complications from the surgical procedure. The catastrophic complications (failures) are probably less than .1% in the whole world. If the failure rate for this was ten percent, I think all of medicine would have to rethink if we wanted to be doing this amazing procedure…doc

minor complications from the surgical procedure. The catastrophic complications (failures) are probably less than .1% in the whole world.

In the 1990s (?), a popular up-and-coming 30-ish TV news female anchor (in MN, so she was quintessentially “Minnesotan” in appearance) was essentially blind after Lasik. She was off-the-air permanently thereafter.

Yep, catastrophic is extremely rare but still they are out there. SAD…doc 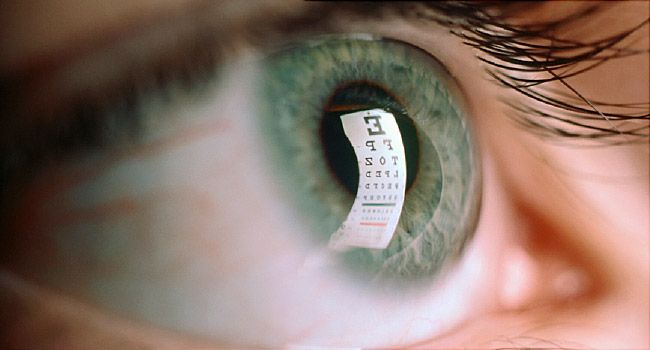 LASIK: Know the Rewards and the Risks

Around 9.5 million Americans have had LASIK surgery since it was first approved by the FDA in 1999. Around 600,000 LASIK surgeries are done each year, but that’s down from a peak of 1.4 million in 2000. It remains one of the most popular elective...

It is not that simple.

The other side of this the FDA has never given guidance before, it is time the FDA did so. This may drive the Lasik industry to be more innovative. There is a failure rate that is serious for some people.

I had a friend years ago whose father was blinded by the surgery. It was crippling for that working class family. It is not just sad. Pushing the industry to do better is a good thing.

There’s likely another reason the FDA is looking into this finally. It’s because SO MANY “fly by night” Lasik providers have popped up over the last 10-15 years. I happen to know a doctor that began with Lasik very early on and became one of the local experts. It was VERY expensive at the time (>$5k), and was quite lucrative for his practice that grew dramatically. But then suddenly lots of “cut rate” Lasik folks started showing up. I’ve even seen ads for $500 recently! If someone is doing Lasik on a shoestring, it’s possible that not everyone involved is truly qualified, and especially not when something goes a little wrong during the procedure.

Cynically, it could also be that the “fancy” eye docs pressured the FDA to crack down so that some of the cheap competition could be cleared out so the prices can stabilize (and provide the profits they are used to getting).

It is a trade off between getting paid and fearful patients. Some doctors have an excellent bedside manner and possibly would not offer this. My dad warned me to stay away from it in the 1990s. It is not that important to be the 3 in one thousand to have horrible results. You would not play with a loaded gun with those odds.