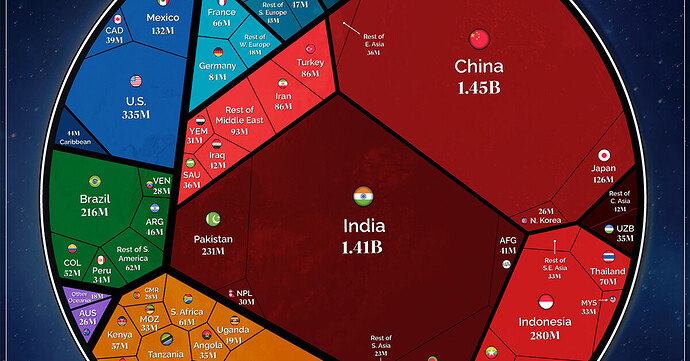 Visualized: The World’s Population at 8 Billion

Our population will soon reach a new milestone—8 billion. These visualizations show where all those people are distributed around the world

At some point in late 2022, the eight billionth human being will enter the world, ushering in a new milestone for humanity.

In just 48 years, the world population has doubled in size, jumping from four to eight billion. Of course, humans are not equally spread throughout the planet, and countries take all shapes and sizes. The visualizations in this article aim to build context on how the eight billion people are distributed around the world.