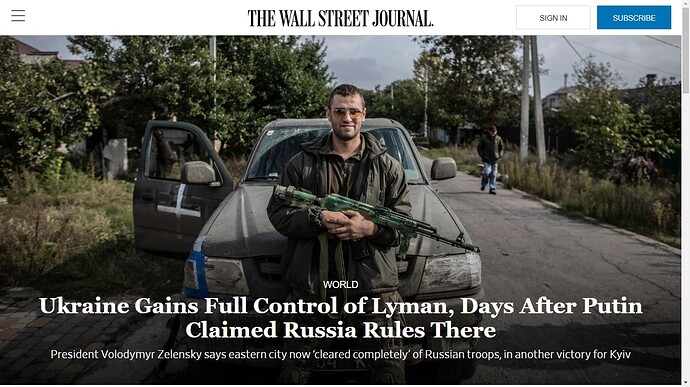 “Lyman is cleared completely,” Mr. Zelensky said in a short address to Ukrainians at midday local time on Sunday. “The Ukrainian flag is already in Lyman, Donetsk region,” he had said previously.

Ukrainian soldiers shot a video in front of the city hall in Lyman over the weekend, with one of them holding a Ukrainian flag on top of the building and a Russia-occupation flag on the ground.

Roads to Lyman were lined with burned-out hulks of Russian tanks and armored vehicles, with bodies of Russian soldiers lying on the sides. Little remains of nearby villages, with hardly any civilians left. Ukrainian forces, too, have been taking significant casualties. 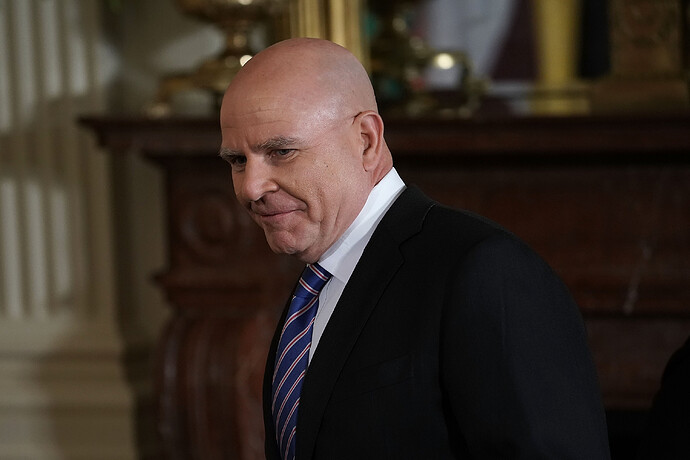 U.S. Army Lieutenant General H.R. McMaster said Sunday that Russia's army may be at the edge of "collapse" as it suffered a major defeat in the Donetsk region.

Retired U.S. Army Lieutenant General H.R. McMaster said Sunday that Russia’s army may be at the edge of “collapse” after it faced defeat in Lyman—the previously occupied Ukrainian city where Russian forces retreated on Saturday.

The loss in Lyman, which was used as a transportation hub amid Russia’s invasion, has been viewed as a major setback for Russian President Vladimir Putin, who just a day before troops withdrew from the city had illegally annexed four regions of Ukraine including Luhansk, Kherson, Zaporizhzhia and Donetsk, the latter in which Lyman is located.

On Saturday, the Ukrainian army forced Russian troops to retreat from the city after surrounding up to 5,000 troops in the strategic location. The Russian Defense Ministry later confirmed that troops “retreated to more advantageous lines.”

In an address to the nation on Sunday night, Ukrainian President Volodymyr Zelensky said two settlements of the occupied southern Kherson region—Arkhangelsk and Myrolyubivka—had been liberated amid Kyiv’s ongoing and successful counteroffensive efforts. 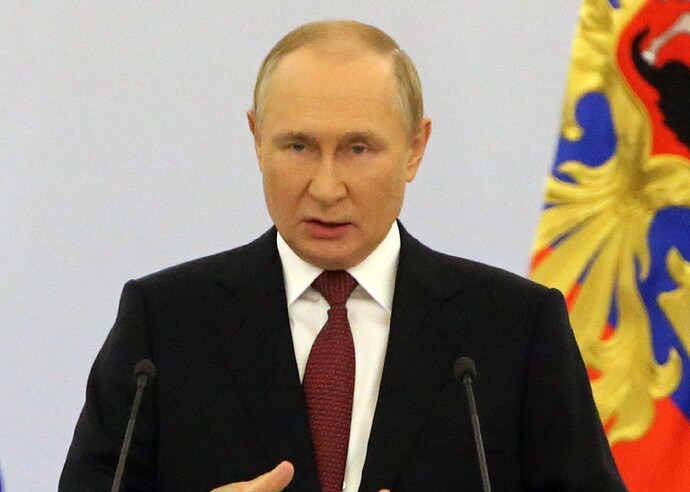 Russian TV aghast at Ukraine advance: "We are retreating–what's happening?"

Speaking on Russian State TV, Andrey Gurulyov suggested one of the problems was people receiving constantly good reports that could be lies.

The video has since gone viral on Twitter and has been viewed more than 900,000 times after being posted by The Daily Beast’s Julia Davis.

“Stunned reactions keep coming in with respect to Ukraine reclaiming Lyman,” she wrote.

“Andrey Gurulyov said he couldn’t explain the defeat. He blamed [it] on a system of lies ‘top to bottom’ and was suddenly disconnected.”