Yahoo/Quartz headline: Tesla’s 19th recall this year is the least of shareholders’ headaches 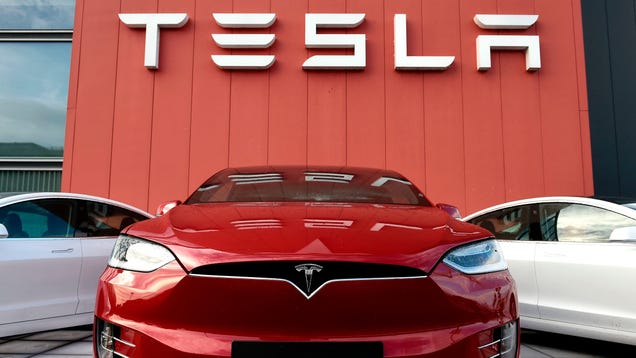 Three weeks into November, Tesla is already on its fourth recall of the month.

Despite the frequency and magnitude of these recalls, industry watchers aren’t sounding alarm bells. Most of these are voluntary glitch reports, and in Tesla speak, a “recall” almost never means cars going back to garages and warehouses. Musk takes issue with the federal transport agency and the media’s use of the word recall because the issues almost always need “tiny” over-the-air software fixes, he says.

Like most auto companies, recalls don’t really hurt Tesla’s stock price. There are bigger forces at play, including inflationary pressures as well as Musk’s on-again off-again Twitter deal and its eventual terrible execution. This month, too, the recalls didn’t sink the stock like Musk’s stock sell-off did.

Plus, there are bigger fundamental threats to the business. If Tesla doesn’t find and rectify glitches in time there could be legal trouble. A US justice department criminal probe against the company and its executives over self-driving claims is already underway. Senator Ed Markey (D-Mass.) has also warned Musk that Congress will intervene unless he stops “putting profits over people and his debt over stopping disinformation.”

**$TSLA daily, weekly, and monthly charts show Tesla trading at a new two-year low today. If you’re long here, you’ll want to keep an eye on that $170.00 horizontal support. A close below that and the $TSLAQ shorts will be whipped into a frenzy on Twitter, reddit, and other trading social media: 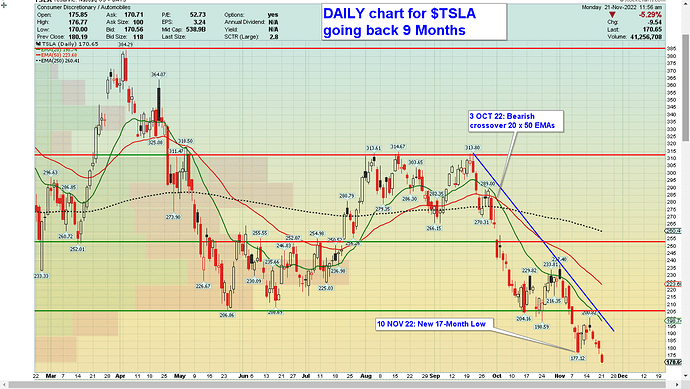 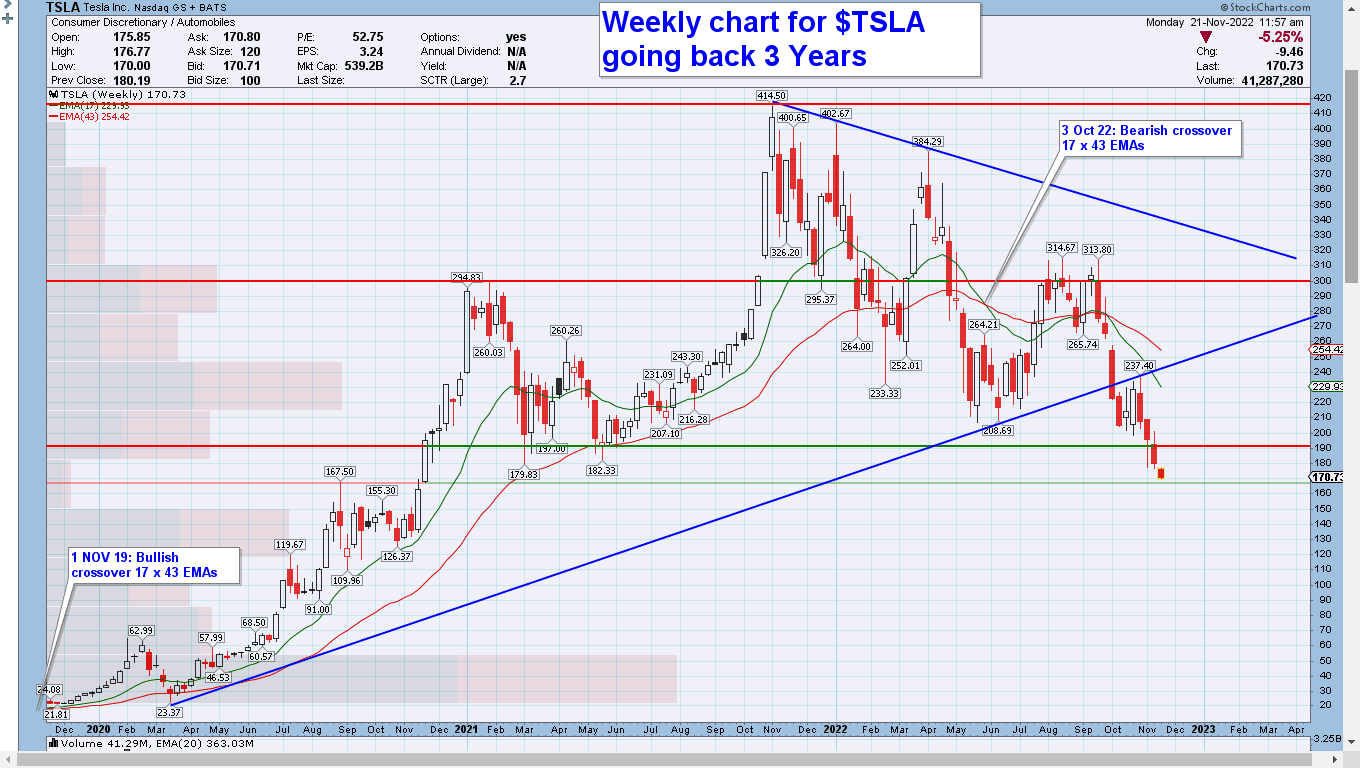 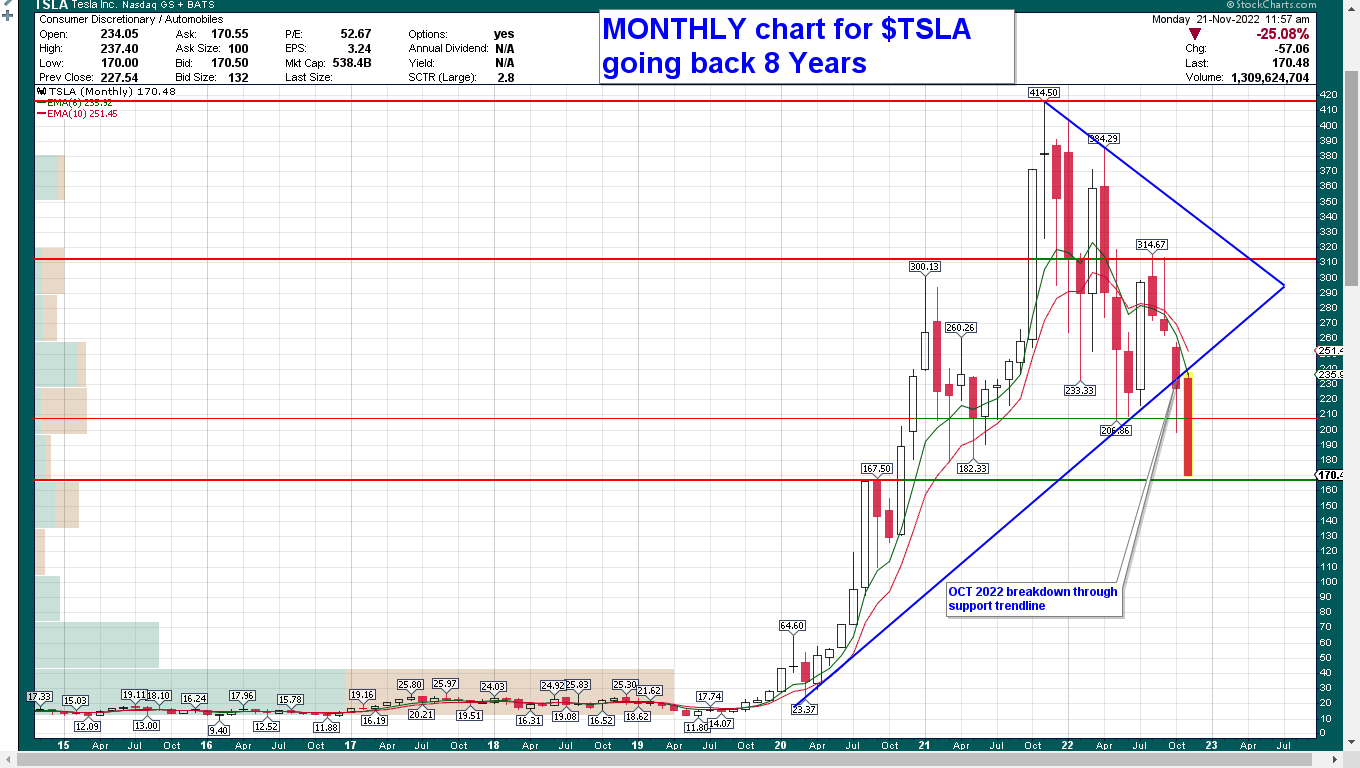