You can't stuff your bird

Mosied into Arby’s yesterday, for a turkey sandwich. No can do. Their distributor is out of turkey. “shortage” they say “aggravated by thanksgiving” they say.

Folks who plan on the “traditional family value” of celebrating the theft of Native American lands better prepare to be rogered over the price of their bird, if they find one.

You seem to be in an area that doesn’t have the sharpest tools running their fast food joints.

In terms of anecdotes, I use a fair amount of ground turkey in my cooking. Substitute it for ground beef fairly often. I use enough that I usually buy it in 3 pound packages, which the local grocery sells at about 2/3 of the price of a single pound. It’s basically buy 2 pounds, get the 3rd for free. I buy at least one of these a month - probably 14 or 15 a year. So I’m a regular purchaser.

Anyway, I have noticed the price of ground turkey rising - but it’s pretty consistent with general inflation over the last 18 months. Nothing out of the ordinary. There was a bit of a spike when bird flu (actual flu in birds) was in the news a few months ago. Price jumped a bit and the panicky critters emptied the shelves of turkey. But that was short lived.

Where was I? Oh yeah. Price of turkey. (Sorry - getting old and my mind wanders. Did I tell you about …) So last weekend the meat department was full of all sorts of turkeys. (Had lots of birds, too!) I picked up a small frozen turkey breast just to have some more traditional turkey at home during the holidays. The price was about the same as a pound of ground turkey in the one pound packs. Which, frankly, I consider to be fairly reasonable. It’s still lightly processed (boneless, skinless), but is a more premium part of the bird. (Although it shouldn’t be - the dark meat is much tastier and far less likely to get dried out.)

I guess turkey supply ends up being location dependent. No problem finding it here. And prices aren’t out of line, allowing for recent inflation.

You seem to be in an area that doesn’t have the sharpest tools running their fast food joints.

I may have mentioned here that I stopped at the drive up of my favorite Tim Horton’s a couple weeks ago. Menu board lit up. No sign anything was amiss. I waited, and waited. Another car pulled up behind me. Waited some more. Then there were four cars lined up behind me. I gave up and pulled out of the drive-up lane. Drove past it last night. Menu board still lit up, but no cars in line.

This is the Tim’s/Wendy’s dual I have mentioned before, the one that closed the dining room as soon as school started in September.

Checked the Tim’s web site today. That store in now officially closed. The “JC” must have been so short of help that he added any remaining people from the Tim’s side to the Wendy’s side.

I don’t like using the drive up at that Wendy’s, because they keep getting my order wrong. I order the expensive grilled chicken sandwich, get home, unwrap it, and find they gave me the cheap sandwich instead.

My former favorite Wendy’s closed entirely last spring, and has not reopened.

The last time I used the other Tim’s close to home, I ate in the dining room. The place was filthy. YUK!

I’m down to the two Arby’s, fully staffed with both drive-up and dining room open, but they can’t get the roasted turkey for several of their products that I like. And there is Mickey D’s, dining room and drive up both open, and the place is clean, but their only edible product uses beef.

As you say, fast food does not attract the sharpest tools. Food service is always at the bottom of the barrel when it comes to jobs. When the “jobs” market is short of bodies, it’s the operations at the bottom that get the worst people available, including, it seems, the “JCs” that run the local Wendy’s and Tim’s, preferring to go out of business, rather than compete for workers.

Anyway, I have noticed the price of ground turkey rising

Ground turkey might be more available, because it can be made from the little bits of meat that are dug out of the crannies of the bones. The products Arby’s sells are sliced turkey, meaning there needed to be a big slab of breast for them to slice.

Folks who plan on the “traditional family value” of celebrating the theft of Native American lands better prepare to be rogered over the price of their bird, if they find one.

I like to celebrate with Pheasants. The more traditional bird.

My former favorite Wendy’s closed entirely last spring, and has not reopened.

Happened to drive by the Wendy’s that has been closed since spring tonight. Saw a car at the drive up window. Checked the Wendy’s web site, which has not shown that store at all in months. Drive-up open it says.

@buynholdisdead Where do you get your Pheasant?
The truly old fashioned way - In the field with a side of lead?
Or a millennial source, plucked and trucked to your door?

Where do you get your Pheasant?
The truly old fashioned way - In the field with a side of lead?
Or a millennial source, plucked and trucked to your door?

Always served with a side of lead. It’s a family tradition. Plus there is nothing like training a dog to hunt with you. One of the great pleasures in life.

I’ve never eaten pheasant.
Since I’ve no lead in my pistol, In your opinion, would this be a good source for pheasant?

Buy pheasant meat / whole pheasant. Our all-natural, free-range ring-necked pheasants are perfect for roasting. Raised in the U.S. No antibiotics or hormones.

What about Smoked pheasant? 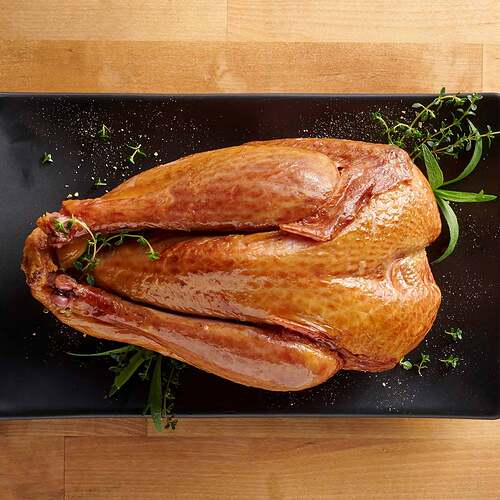 Turn your next feast into a flight of fancy with this plump, juicy bird. A delig...

Wild pheasant and domestic pheasant aren’t going to taste the same. Which said, my wife does shop at D’Artagnan periodically so they are probably a good source.

Ralph those look amazing, That smoked pheasant would be really good. The one thing you need to know about pheasant though is they can be dry if you over cook them or don’t use a brine or gravy. There isn’t much fat on them.

@buynholdisdead I’m not too far from New Braunfels, an easy day trip, and it’s “on the way” if I’m heading to San Antonio, or the Third Coast.
Already cooked is real appealing, too.
I’m leaning that direction.

@buynholdisdead I’m not too far from New Braunfels, an easy day trip, and it’s “on the way” if I’m heading to San Antonio, or the Third Coast.
Already cooked is real appealing, too.
I’m leaning that direction

Your lucky Ralph, I haven’t been to New Braunfels for years and I love San Antonio, What a great city. Have fun.