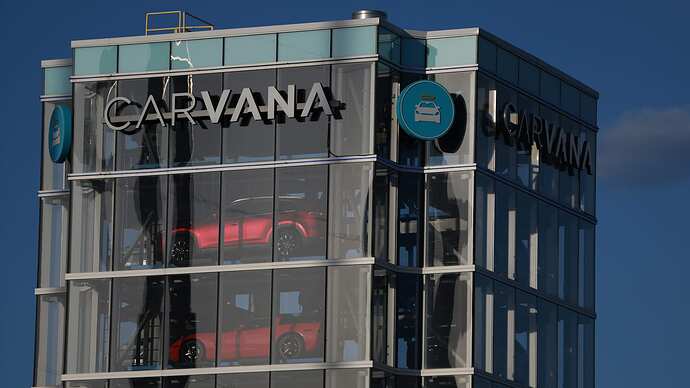 Shares of Carvana plummeted for a second-consecutive trading day as investors unloaded shares of the embattled used-vehicle seller.

Shares of Carvana were briefly halted Monday due to volatility.

The stock hit its lowest point on record, below $7 per share. 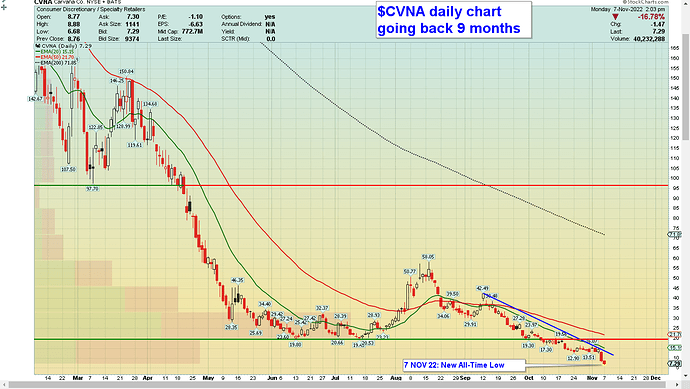 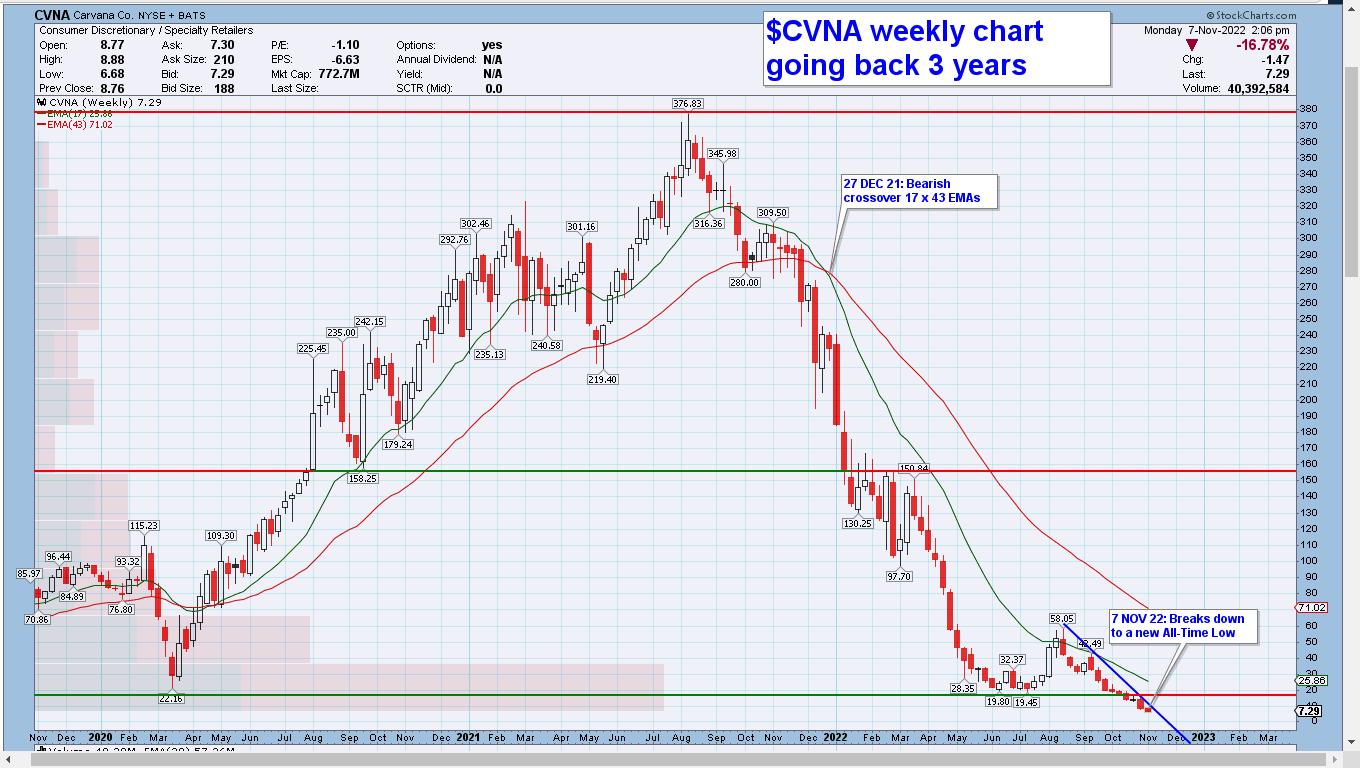 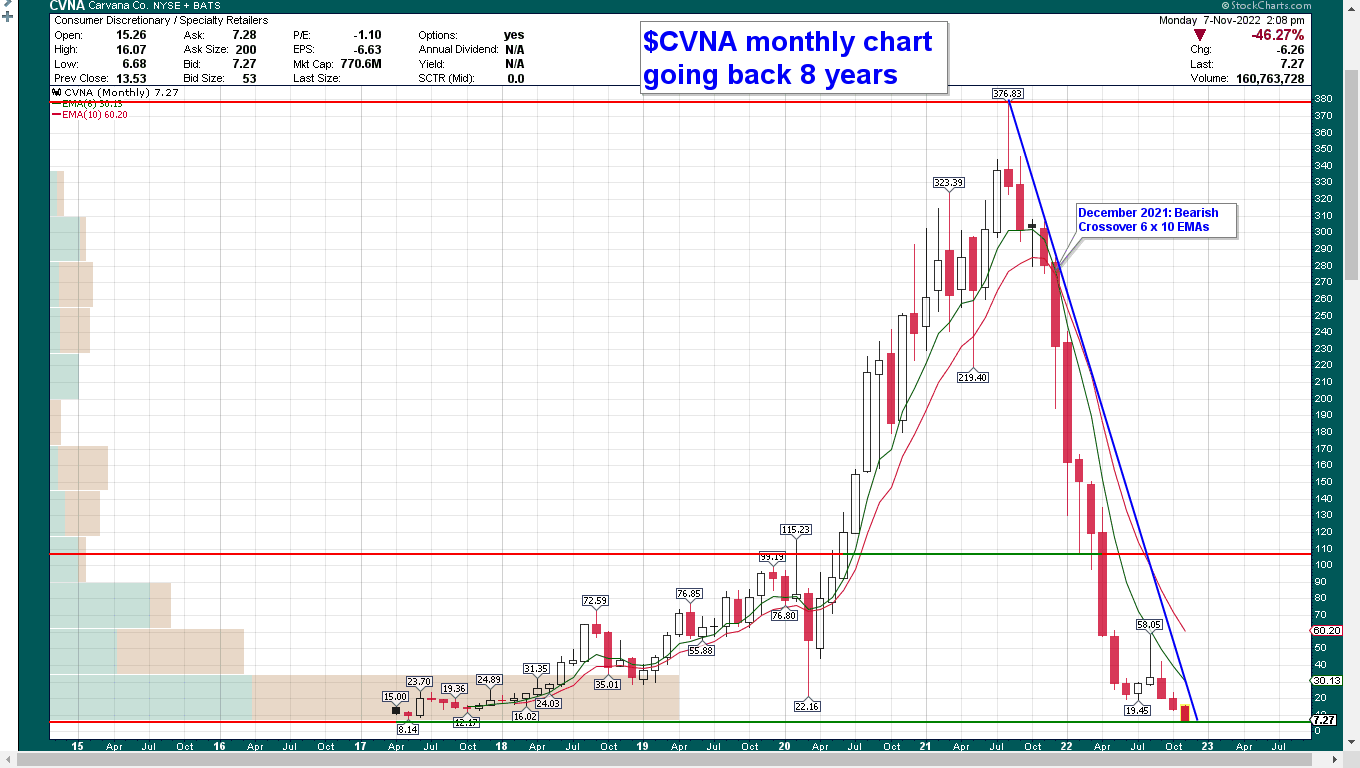 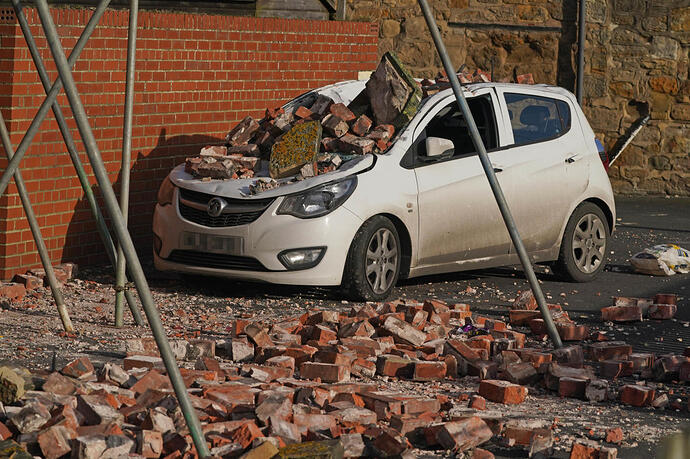 Why the sell-off in Carvana stock is raging on.

Shares of the online car retailer fell 50% over the past two full trading sessions and were dropping another 18% in early trading on Monday as Wall Street questioned the company’s business model after a mixed third quarter.

Carvana swung to an adjusted operating loss of $186 million compared to a $9 million profit a year ago. Execs told analysts on a conference call they were preparing for a “difficult” year ahead, which didn’t help market sentiment around the stock. 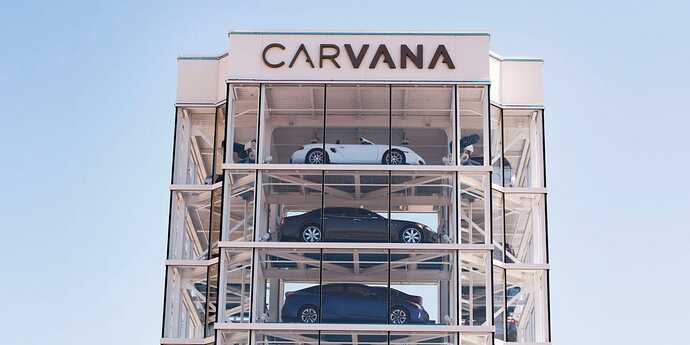 Why Carvana stock dropped 97% in the past year as the auto resale success...

Carvana’s stock soared throughout much of 2020 and 2021, earning it a peak market valuation of more than $60 billion. Supply chain snarls kicked off a shortage of new cars that sent buyers to the used market in droves. The price of secondhand vehicles began to surge as a result. And during the scariest depths of the pandemic, Carvana offered a way for people to buy cars online and have them delivered to their homes.

But now the used-car market is slowing down, dealing a blow to Carvana and other dealership chains. On Thursday, Carvana reported disappointing sales and a hefty third-quarter loss of $508 million, sending its already faltering stock into a tailspin. This year, Carvana has lost $1.45 billion so far.

Carvana, known for its vehicle vending machines, chalked up the poor results to a challenging economy and slowing demand for used cars. The Federal Reserve’s effort to curb inflation by raising interest rates has jacked up consumers’ monthly payments and made vehicles even less affordable in recent months, the company said.

This gentleman knows his used car business. I love his charts and graphs. He is also warning people on Twitter that if $CVNA turns into $CVNAQ that you’ll want to exit any holds of existing used car dealerships as the inventory will be swamped with Carvana inventory selling for pennies on the dollar. 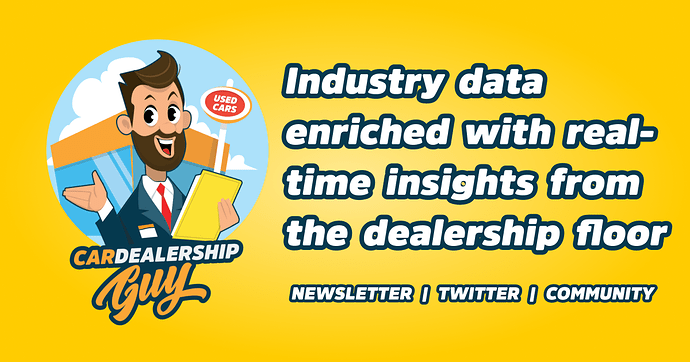 Speaking of prices, wholesale used-vehicle prices decreased 2.2% in October and are now down 10.6% from a year ago.

Mirroring Manheinm’s latest report, Black Book’s wholesale prices for the 2-6-year-old vehicle segments continued to decline in October at rates above expected seasonal depreciation. While the index is 3.3% below October of last year, it is still 52% above the pre-pandemic record of March 2020. 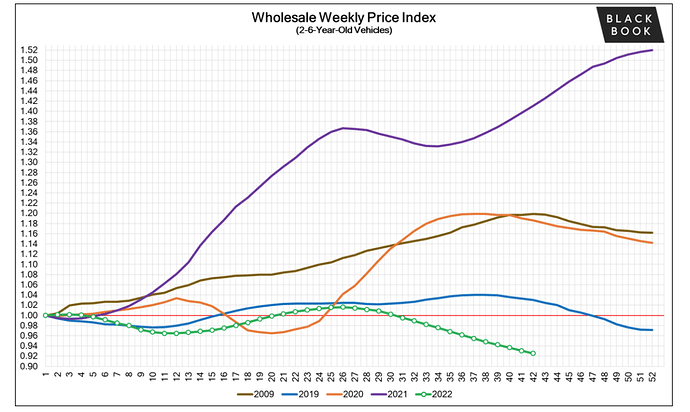 I tweeted about the auction activity, and here are BlackBook’s numbers to confirm what I see. The Estimated Average Weekly Sales Rate dropped to 54% in the week of October 22nd. There are not a lot of buyers physically in the lanes, but there’s a fair amount of online bidding. Franchise dealers dominated in the lanes, while independent large dealers and rental companies were not as prominent.

The volume of used vehicle listings is also above 2020 and 2021 levels, which is further confirmed by Manheim’s data, reporting the used retail supply at 49 days and the wholesale supply at 28 days - both are higher than October of the previous year.

Carvana is laying off about 1,500 people, or 8% of its workforce, following a free fall in the company’s stock this year and concerns around its long-term trajectory. 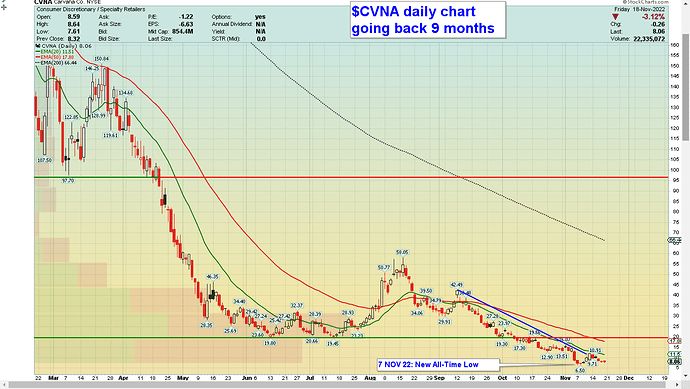 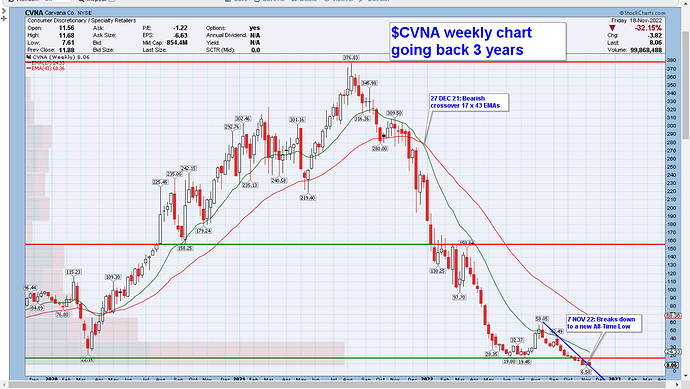 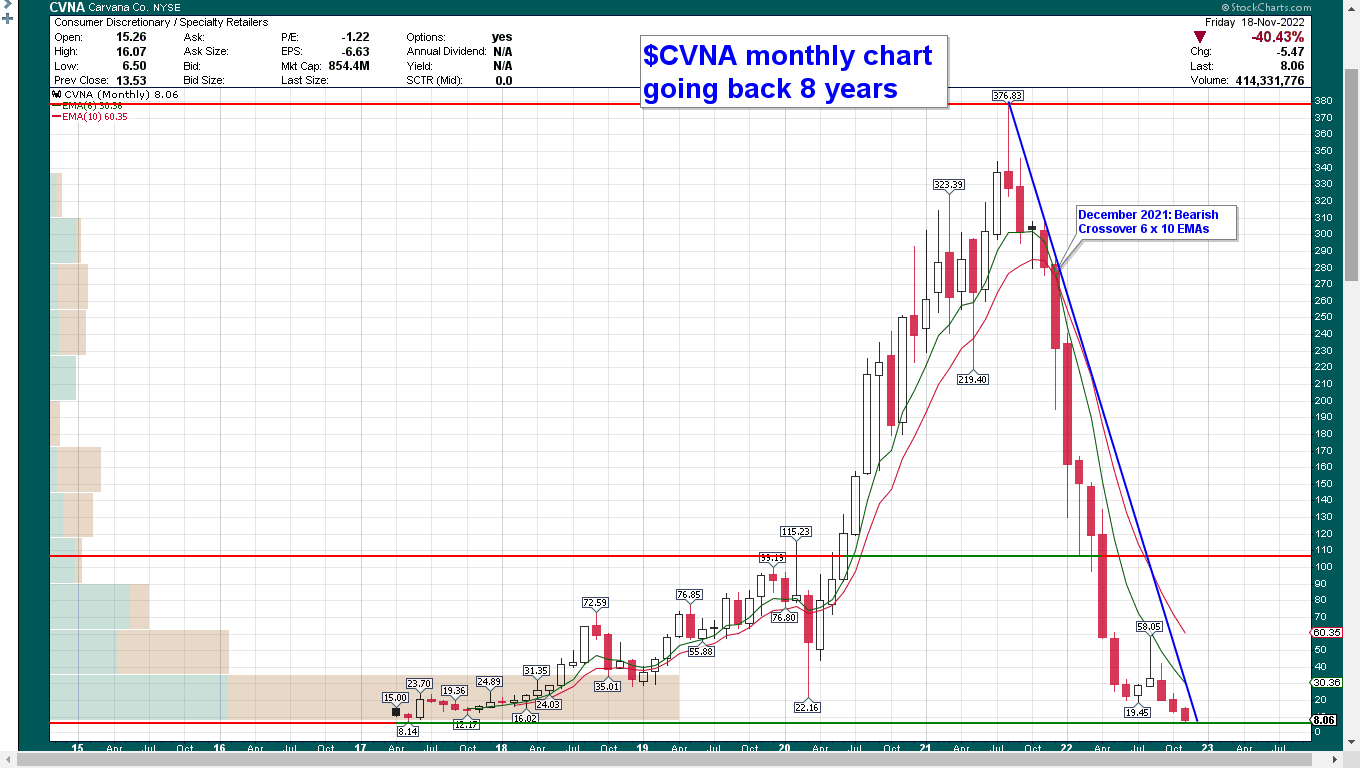 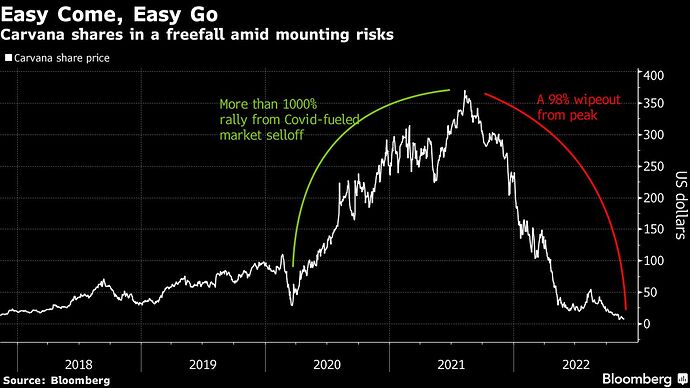 (Bloomberg) -- Online car dealer Carvana Co.’s shares tumbled to an all-time low as investors grow more concerned about the continuing decline in used-vehicle prices.Most Read from BloombergSwedish Housing Is Now in the Worst Rout Since the...

The price of the company’s stock closed down 13% to $7.05, a record low. Carvana, which was once touted as a disruptor in the used-car dealer industry for its online sales, has seen recession-wary investors flee this year from risky and expensive growth stocks.

Carvana’s shares have plummeted 97% so far this year as potential buyers grapple with higher interest rates and stubborn inflation. Just last week, the company said it was cutting about 1,500 jobs, or 8% of its workforce, after burning through $2 billion of cash over the six months ended March 31 by at least one measure. Meanwhile, the trading in its bonds show the market believes there is a high chance of default.

“As used car prices fall, we believe that Carvana will struggle to make a profit on vehicles previously purchased at high prices,” Argus Research analyst Taylor Conrad wrote in a Monday note, downgrading the rating on the stock to sell from hold and noting the company is highly leveraged. “We believe that the shares are overvalued.”

$CVNA is down -41.51% at this moment, while hitting a new All-Time Low of $3.55 per share earlier this morning. Whoever writes the book on this fraud should receive a movie deal just on the story line of ownership. 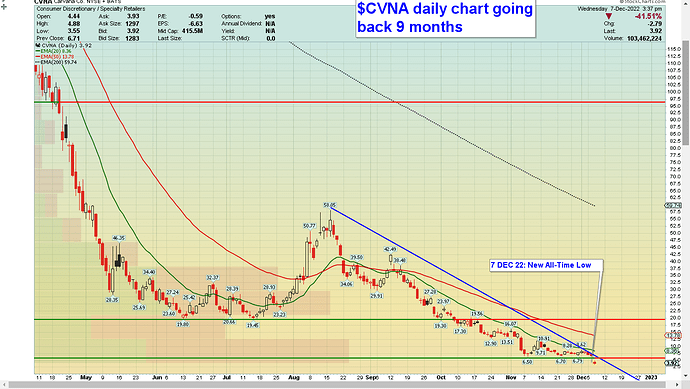 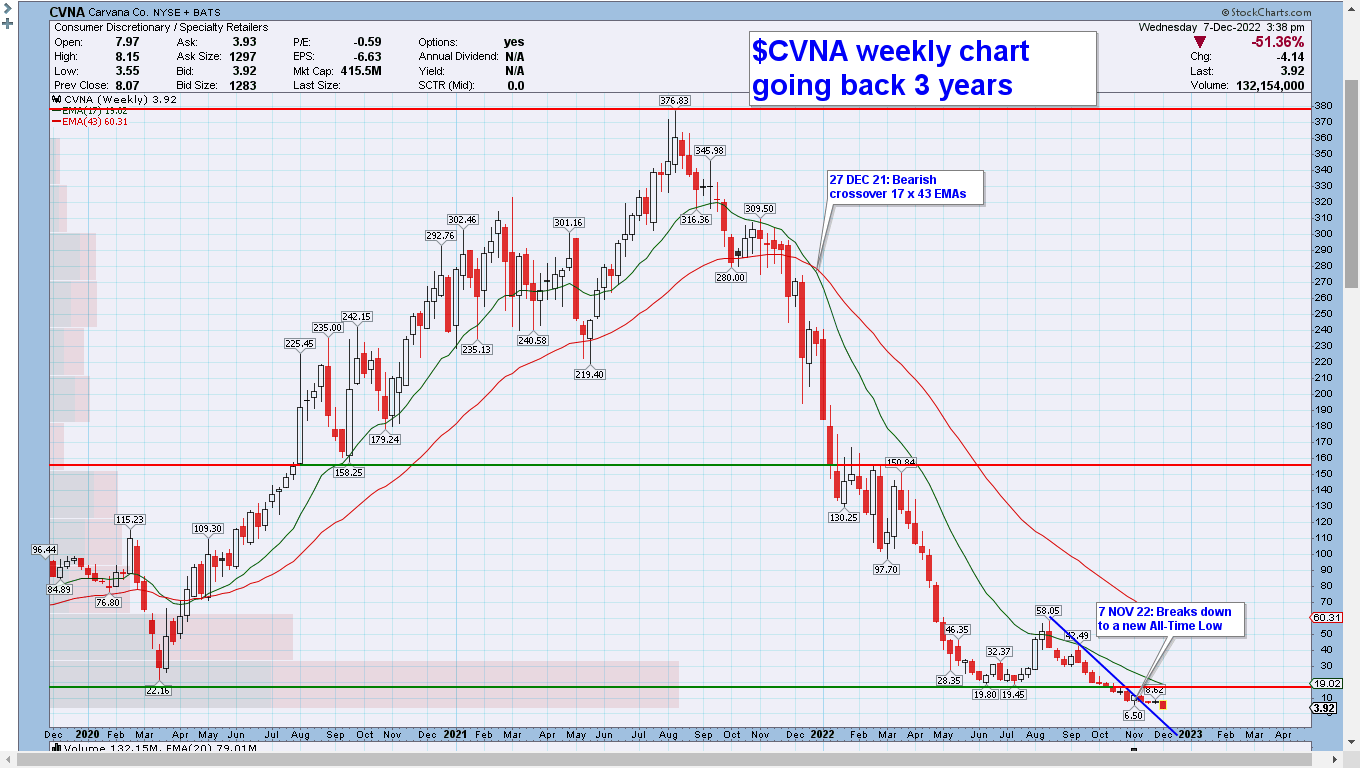 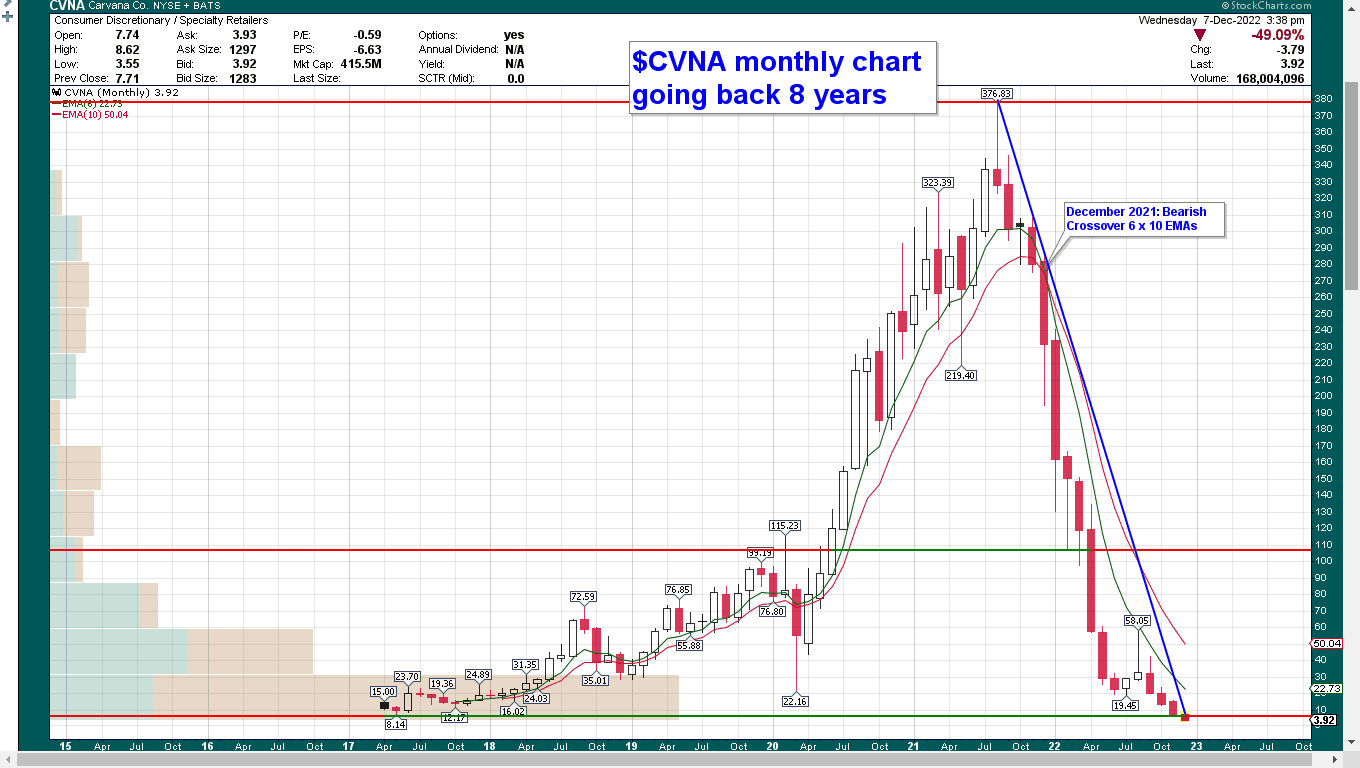 The story behind this latest collapse in $CVNA stock price: 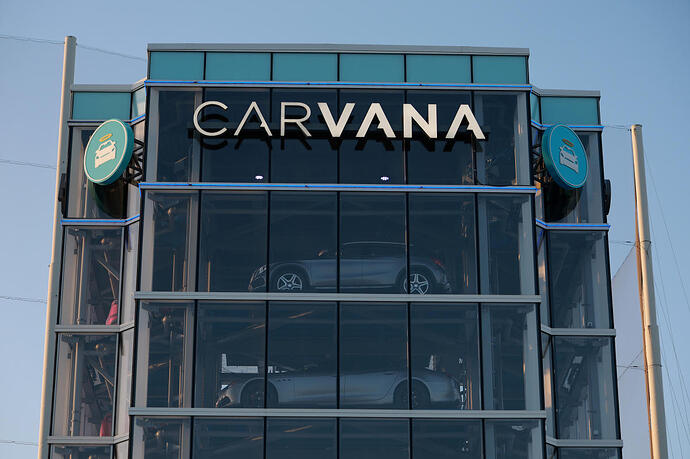 Carvana stock collapses amid bankruptcy fears after creditor pact and another...

Down over 95% so far this year, Carvana shares were off another 40% early Wednesday amid growing fears from analysts the company could be heading towards bankruptcy. 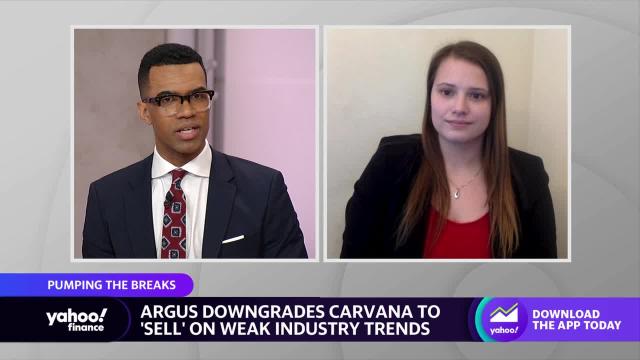 Scroll back up to restore default view.

This is the firm which is forbidden to sell in certain states (I’d love to know how many states AGs have banned them altogether) because they were selling cars with no titles and new owners were being stopped by police - and arrested in some cases - for not being able to get license plates at the DMV after the 30 Day Temp Tags ran beyond their date.

And then there’s the paying more for used cars than what a new car will cost you. We won’t get into that part of the fraud today. Let’s just say, this crash is going to affect used car prices in a negative way, although, here in Florida cars are needed after so many were trashed by Ian.