Former Fed Chair Benjamin S. Bernanke has just won the Nobel Prize. Mr. Bernanke left the Fed in 2014 and he is now a distinguished senior fellow at the Brookings Institution in Washington. He won the Nobel for his work on financial crises, including a 1983 paper that broke ground in explaining that bank failures propagate downturns and aren’t simply a side effect of them.

I am almost finished reading the book, " 21st Century Monetary Policy: The Federal Reserve from the Great Inflation to COVID-19," by Ben Bernanke. 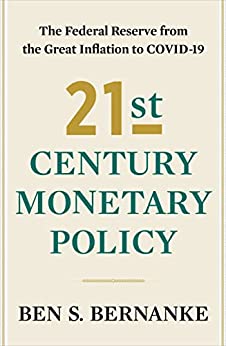 This book describes, in great detail, every move made by the Federal Reserve from the 1970s to 2021. It was published on May 17, 2022 so it doesn’t cover the 2022 inflation or current Fed Chair Jerome Powell’s program to channel Paul Volcker to bring inflation back to the Fed’s target of 2%. Part of the book covers the Fed’s decision to target inflation at this level.

At the same time, I am reading “The Price of Time : The Real Story of Interest,” by Edward Chancellor. The author is a financial journalist who wrote a previous book about financial speculation. 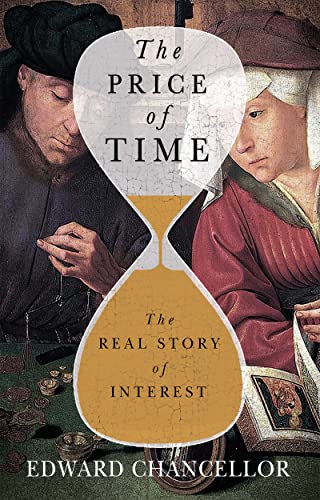 Amazon.com: The Price of Time: The Real Story of Interest eBook : Chancellor,...

The Price of Time: The Real Story of Interest - Kindle edition by Chancellor, Edward. Download it once and read it on your Kindle device, PC, phones or tablets. Use features like bookmarks, note taking and highlighting while reading The Price of...

“The Price of Time” is an excellent book which covers interest rates beginning with earliest human civilization. Lenders charged borrowers interest even before the invention of money. Ancient writing from 1700 BCE shows that lenders of barley seed at the start of a planting season charged the borrowers 33% interest to be paid after the harvest. (Apparently they knew from experience that this was a reasonable share of the increase from the harvest.)

The history of financial crises associated with low interest rates can be traced to the 1600s. Sequential bubbles and crises (including the famous Mississippi bubble of 1718 - 1720) coincided with unusually low interest rates which forced investors to speculate in risky schemes.

TINA (There Is No Alternative) to risky investments when safe investments (such as Treasuries and the equivalent) has happened over and over.

The main points of “The Price of Time”:

I am having cognitive dissonance from “The Price of Time” because the evidence over centuries is convincing. Quotes from earlier bubbles and crises (such as Daniel Defoe commenting on the Mississippi Bubble) could just as easily have been written today.

The evidence is that the Federal Reserve blew these bubbles and then their “courageous” actions to save the economy were applauded. 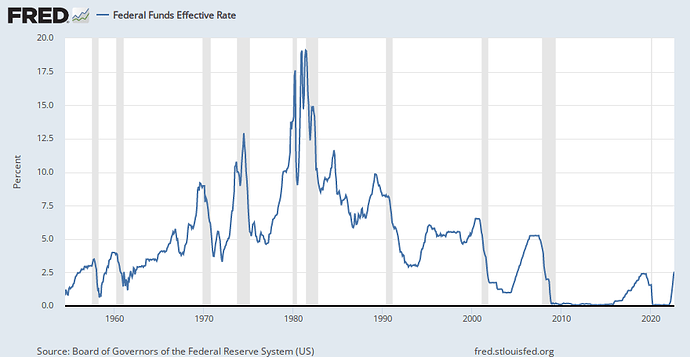 Investors who have learned to expect bubble stock price increases may have to temper their expectations. Any increase in stock prices above the increase in real GDP is blown by excess monetary stimulus. We all love it but it’s unstable.
Wendy

Powell wont get to the 2% over inflation for a more complex reason. There wont be a longer lasting period of disinflation.

Powell is not in Volcker’s position timewise. Powell is not needing create a longer term pressure against inflation.

The FED’s actions are not working well to drive down inflation and wont during this part of the cycle.

Addition, I really need to think this over. The demand period might be all about higher FF rates and higher taxation just to maintain a more modest inflation rate.

The IRA will bring down inflation in 2023. Tax policy on the fiscal side matters more right now than monetary policy to bring down the inflation.

What are you talking about? IRA? Huh?

Yes. And of course it is going to work…it’s in the name!

Yes. And of course it is going to work…it’s in the name!

He is right on the timing 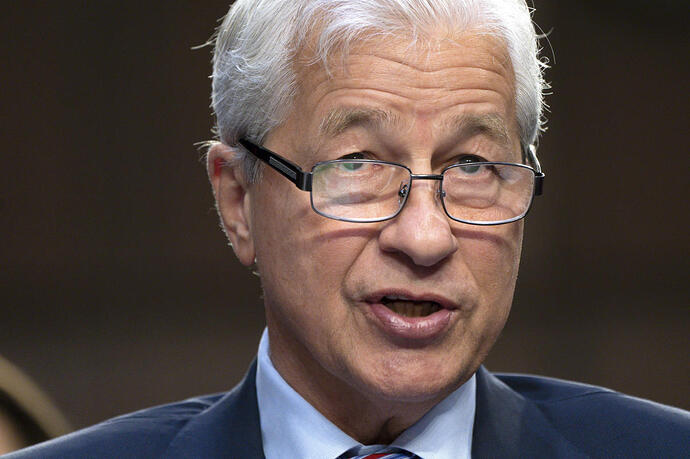 JPMorgan CEO Dimon warns of recession in 6 to 9 months

JPMorgan Chase & Co Chief Executive Jamie Dimon said the United States and the global economy could tip into a recession by the middle of the next year, CNBC reported on Monday. Runaway inflation, big interest rates hikes, the Russian invasion...

For the record, yes, there is spending in the bill. There is also the ending of some other spending and the raising of revenue. On the whole, it is a net reduction in spending. What's In the Inflation Reduction Act? | Committee for a Responsible Federal...

Update (9/7/2022): The Congressional Budget Office has released an official score of the final version of the Inflation Reduction Act

C’mon. Do you REALLY think that the so called “Inflation Reducation Act” is going to actually reduce inflation?

Negotiated drug prices should help with that part. Not sure about the rest.

C’mon. Do you REALLY think that the so called “Inflation Reducation Act” is going to actually reduce inflation?

Have you studied public finance at all?

Just assuming there are lies in all of this is not workable in deciding what to do.

Ethereum is now at much greater risk of dumping with the rest of the market.

This is not bad news for me. The Opensea limitation in place for now on what I want to do will delay me for months. There are things I can do for income in the meantime from the project. Plus I can create the second project.

My partnership will go into discussions for the platform but all reason for financing the platform will be pushed off to late 2023, if not into 2024.

By summer 2023 I will have C# under my belt and be building my video game.

Entertainment is often a winner in a downturn.

That said there are still too many casinos.

Disney might be an early good place to park some money.

The evidence is that the Federal Reserve blew these bubbles and then their “courageous” actions to save the economy were applauded.

HEAR HEAR to this! Stop the crazy!

It is a boom and bust society.

I was boom and bust before the FED.

It is a boom and bust society.

Wasn’t one reason the Federal Reserve was created was to ease the boom and bust cycles that happened earlier in the history of this country? As someone said already, if the Fed is doing its job three-quarter point rate movements will never be necessary. And yet here we are.

So what is keeping me in QQQ and not moving all that to VYM? Mainly that, possibly, the Fed gets its England-moment and reverses what is going to be an awful trend. Sure, if nothing changes QQQ will get clobbered. I’m hoping at some point we get some sanity in the Fed.

The way the FED is set up working in some command of the US Treasury is the main reason for the FED.

In other countries the executive decides to print and all hell breaks out. The FED’s control over the monetary supply is separate from the executive.

There are people in the government and at the US Treasury and FED measuring the impacts of monetary and fiscal policy. The IRA is going to have a larger impact.

The UK has been riding on the Brexit when those who want it do not understand the benefit of it. Including being supply siders when the Brexit timing is for demand side economics. A place where the industrial base builds out again.

You are right if the FED was in one of those moments it would matter…and you would have heard the proverbial hitting the fan months ago. I am not talking the markets going down. I am talking a massive emergency.

That crisis might happen yet. But the FED is not the cause. Dont bet on risky stuff. That is the cause of it. Wood bets like a madman at the roulette table.